We were just wondering if Blake Lively and Ryan Reynolds were actually a couple, and now they've been spotted hunting for an apartment together.

The New York Post reports the pair were seen checking out a three-bedroom, $4.35 million penthouse apartment at 225 Fifth Avenue near Madison Square Park the other day.

Lively, 24, and Reynolds, 35, were first spotted together at the beginning of October taking an Amtrak train from New York to Boston, where Reynolds was filming "R.I.P.D." and later spotted dining on sushi at O Ya.

Later that month, photos of the "Green Lantern" costars, spotted together again during Reynold's birthday weekend suggested the two are definitely more than just friends. Photographers snapped photos the couple leaving Ryan's Boston apartment early in the morning with their dogs in tow.

Considering that Blake split with Leonardo DiCaprio after a summer-long romance and Ryan only finalized his divorce from Scarlett Johansson in July, buying a place together after a month of dating is fast, even for Hollywood.

Check out photos of Blake and Ryan together: 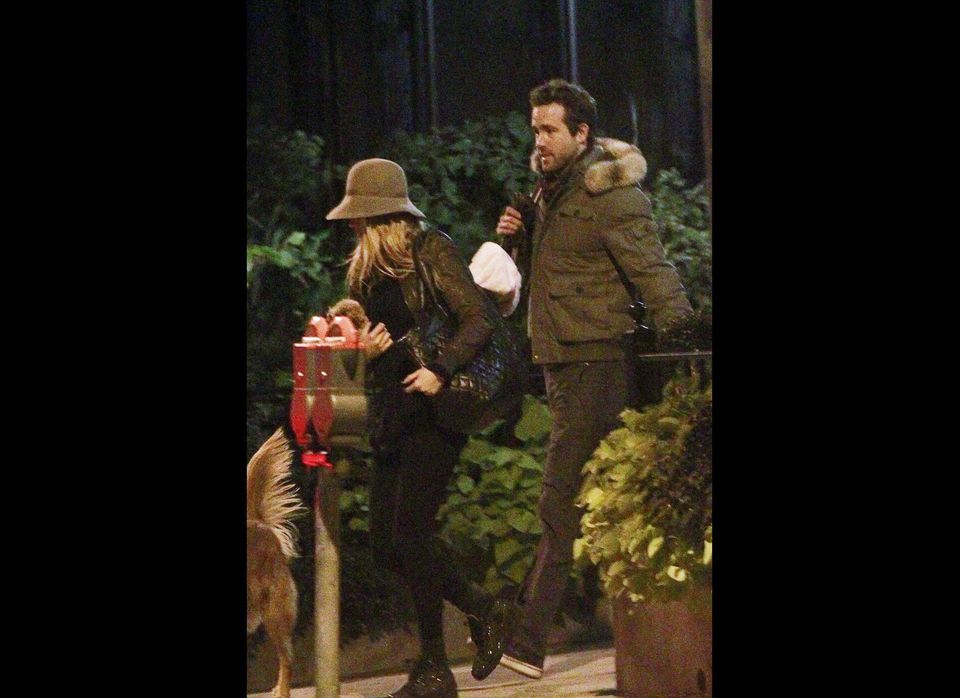