Blockchain today might be like the internet in 1993: even though most of us don't know what it is, a decade from now you will wonder how society ever functioned without it. 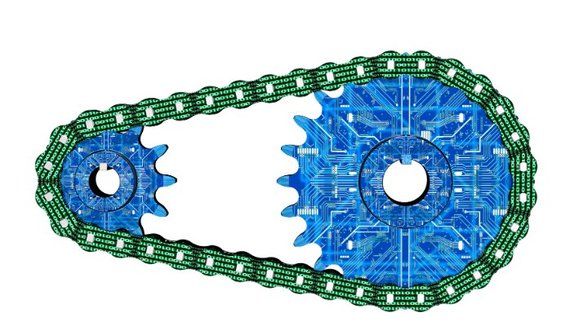 Blockchain is the technology behind the digital currency bitcoin. It is a kind of a distributed ledger that keeps track of things on millions of disparate computers, all coordinating with one another. The combination of smart grids, prosumers and blockchain may build a transparent platform for the cheap, clean flow of renewable energy from the grid to homes and from homes to the grid.

In 1993, hardly anybody had heard the word internet and the iPhone was introduced as late as 2007. Think of the explosion and disruption that happened over the following decade. Think of how our way of life was completely changed by this 'internet' thing. Imagine what it could mean if blockchain is the next internet.

For three consecutive years, technology has been a key driver behind the opportunities DNV GL has identified in our annual Global Opportunity reports together with our partners UN Global Compact and the think-thank Monday Morning Global Institute. This year, we are addressing the major global challenge of cybercrime; a risk that solely exists in the digital sphere. In an interconnected world with increasing cyber dependency, the risk of online crime has risen dramatically. UN Sustainable Development Goal 9 points to safe and secure digital infrastructure as a crucial driver of economic growth and development.

With over half the world population now living in cities, mass transport, energy systems and integration of distributed renewable energy are becoming ever more important, as is the growth of new services on top of information and communication technologies.

It is an accepted truth that technology is an opportunity driver, and we have only scratched the surface of where blockchain may take us. As blockchain develops, instead of having an internet that puts information and content online, we will get a system that essentially automates trust and verification.

It is still hard to grasp the impact blockchain will have. But soon, for most of us, we won't need to struggle to understand the technology, just as we didn't all have to know about TCP/IP and HTML once the internet took flight. As the blockchain applications start appearing, we will get it.

The future electricity distribution system will be made up of billions of endpoints interacting with each other -- microgrids, solar, smart appliances, sensors and energy management software. It will be important to create a secure system that can verify instantaneous, autonomous transactions across these nodes as market conditions change.

Blockchain technology has the potential to make distributed grid management easier through "smart contracts". Smart contracts tell the system which transactions should be made at what time, following clearly defined rules for energy flows and storage to balance supply and demand.

Blockchain technology could also have a direct impact on grid management and storage, and play a central role in the rise of so-called "virtual power plants" - energy-generating resources connected across a smart grid but that aren't necessarily concentrated in one central location. And, of course, blockchain could play an important role in the remuneration of the participants in these virtual power plants.

Bitcoin proves that blockchain works. Now researchers, investors and start-ups are exploring how it could be applied to energy and the broader internet of things. No-one has precise answers yet. Maybe the development will be through smart meters, appliances and then across microgrids. There are currently far more theories, proposals and prototypes than proven solutions.

Blockchain technology can disrupt the energy system and boost energy democracy. It has the potential to create a new digital world order, redistribute power and disrupt business models. We will explore new sustainable opportunities driven by this technology in the Global Opportunity Report 2017, which will be launched in Oslo on 24 January.