In recent years, there has been a continuing dialog that books were no longer a major source of intellectual properties for movies. Anecdotal evidence that seemed to support that included the fact that the audience was growing younger, their attention span shorter, and their bandwidth was convulsed with noisier and interactive media. Most of the studios abandoned their robust New York literary operations.

But a funny thing on the way to this demise -- Harry Potter and Twilight. Their celebrity proved to be another marketing tool for these film combines. Good old fashioned words on the page were becoming hits again. With books becoming franchises, like Potter and Twilight, and franchises being the holy grail of the movie business because of the seeming certainty they provided for a company's production slate -- everyone was digging and clawing -- not just for comics and graphic novels, but for hard covers. Their literary celebrity and business success fueled the interest of directors, stars and studios.

2010 movies, especially this year's hits, are rampant with book titles. The most successful book audience is tiny compared to the population a movie must generate to be successful. So, it's not just capturing the book's audience. It's corralling and iterating the book's creativity. A cautionary tale -- there are no guarantees. Turning 350 pages into 90 pages is a daring feat often alienating the old book audience and disappointing the new film audience. But, oh boy when it works!

PHOTO GALLERY
book-to-movie
Download
Calling all HuffPost superfans!
Sign up for membership to become a founding member and help shape HuffPost's next chapter
Join HuffPost
Voting Made Easy
Register to vote and apply for an absentee ballot today
Register now 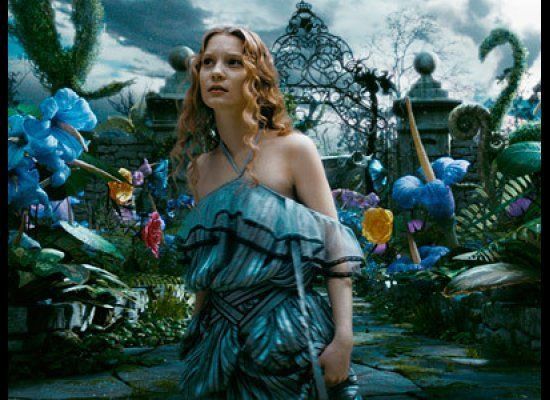 1 / 15
Best Book To Movie Adaptations
Alice In Wonderland: <em>Book title: "Alice's Adventures in Wonderland" and "Through The Looking Glass"</em> Tim Burton can turn the dictionary with Johnny Depp and his wife in it into a hit.