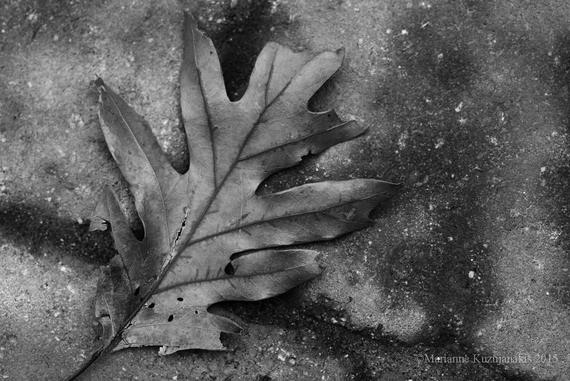 The recent world events have left us in great pain and mourning. But large public events, whether terrorist attacks or natural disasters, are not the only events required to incite such pain. Each of us and all communities throughout time - the biggest and the smallest - can list examples of man's sorrows as well as man's inhumanity towards man.

How can one live, day-by-day, with the knowledge and experience of pain, unfairness, and evil in the world? For many the natural response becomes resentment, retribution, or revenge. These are what I term "The OTHER three R's".

Is there a better way?

The recent November 13th Paris attacks left yet another gaping wound in the world's soul. But perhaps no one more succinctly articulated this struggle and the importance of disengaging from hate better than the grieving husband who lost his beloved wife in those attacks and wrote a public letter to those responsible. Excerpts include:

"I will not grant you the gift of my hatred. You're asking for it, but responding to hatred with anger is falling victim to the same ignorance that has made you what you are. You want me to be scared, to view my countrymen with mistrust, to sacrifice my liberty for my security. You lost."

You can listen to a full recording of his powerful words HERE.


The world is indeed not fair.

Yet judging and reacting to the world from the standpoint of life needing to be fair only has the potential of inciting more anger, grief, bitterness, and anxiety. There is much we can do to help the world without choosing to be victim to the unfairness.

We all have scars - either invisible or visible. We walk around carrying our ponderous chain of emotions. For some they clang and drag and make moving forward a difficult chore. In terms of emotions such as anger or grief or bitterness or anxiety, these links are onerous. Uncomfortable. And sometimes we carry not just our own, but those of our family, friends, ancestors, and those with whom we feel some connection.

Despite their difficulty, sometimes these connections bring to us a strong sense of belonging and even a sense of purpose. These emotions may even drive one's passions to advocate - and sometimes successfully - for support and change. I pointed this out in part of my earlier post on anger where I spoke of anger as a constructive energy.

But sometimes the weight of our self-imposed chains, and the expression of these uncomfortable emotions, can feel like being at the edge of a black hole. Time is always altered at the event horizon. Progress feels halted. Frustrations simmer. Escape feels impossible.

At the core of this black hole...cortisol.

Cortisol is a hormone released by our brain's adrenal gland in response to physical and/or psychological stress or pain. Our uncomfortable emotions as well as sleep-deprivation can likewise increase cortisol levels.

Cortisol is the fight or flight hormone. This response is necessary in extreme times when one's life itself is placed at immediate risk. One role of cortisol is to assist in the generation of glucose to increase blood glucose availability for quick energy to serve the muscles and organ systems. These effects are crucial in life and death situations.

Keeping the memory of atrocities and wrongs alive at the forefront of our brain affects this neurochemical state. Locked inside this state, trigger-fast reactions may occur to situations not warranting such a response. Expressed are rage, hostility, hatred, and resentment, sometimes even generalized to everyone and everything.

So what is the answer to both protect our health and end the cycle of hatred?

Uncomfortable emotions including anger are future-directed emotions for past-directed actions. Fear and hatred are the fuels that keep the flame of anger burning. Forgiveness, on the other hand, exists in the present. Understanding and compassion are the essential modes of transportation by which we may move past anger to forgiveness.

Let's also be clear that forgiveness is controversial. Some people firmly believe forgiveness is an act that re-traumatizes or victimizes the person who has been already has been wronged. Forgiveness can be felt as an insult to the validity of the recipient's pain and injury - physical and/or psychological.

Revenge or retribution is thus a more natural response. In our stressed and litigious and growing military society, that urge to retaliate becomes amplified. But even in times of war, there is a need for understanding, compassion, and yes...forgiveness.

Less than a week before the Paris attacks, the BBC program Doctor Who showed a powerful episode entitled "The Zygon Inversion". In that episode, the Doctor (played by Peter Capaldi) delivered a potent anti-war speech when both opponents - the Zygon shape-shifting alien invader (Bonnie) and the Earth's UNIT director (Kate) - were at a tense standstill at the brink of possible war. Here is that memorable speech:

"The only way anyone can live in peace is if they're prepared to forgive. Why don't you break the cycle?" - Doctor Who

FORGIVENESS IS breaking the cycle. FORGIVENESS ISN'T giving up and waving the white flag. In fact, forgiveness is perhaps the most courageous thing a human can do. It's arriving at a point of understanding. It's moving forward in time and closing one's anger to the past.

Forgiveness may be important for not just specific personal events, but also for those abstract events and situations we carry with us from the nightly news, as well as our ancestors and historical accounts. Issues such as gender inequality, race inequality, religious differences, and cultural differences are a few of the human stories we carry with us. Being present in forgiveness isn't ignoring history, but rather learning from the past, and living in the present.

The past is gone, irretrievably, and some believe it is better to allow it to be forgiven. Forgiveness offers freedom. Forgiveness offers hope. Forgiveness can provide us all with peace of mind. Perhaps even in the most heinous of situations, understanding and compassion and forgiveness may offer an opportunity to begin the lengthy process of healing. One can think of forgiveness as a mindful act of defiance.

Today can begin with a fresh and clean slate.

Through those poignant words from the grieving French husband, let's honor those harmed in the Paris attacks and in all situations around the world.

When you can forego your uncomfortable emotions and strive to understand and perhaps forgive, you are no longer a victim of your situation. You are the most courageous person in the room.

I honor that courage and I honor you.

"He who cannot forgive breaks the bridge over which he himself must pass." - attributed to George Herbert (1593-1633)

[NOTE: If you are dealing with difficult feelings of anger, grief, or anxiety, please seek techniques that may be helpful in alleviating your discomfort. A few techniques include mindfulness, meditation, and support group involvement. If your feelings are overwhelming and cannot be addressed through these methods, please seek the help of a medical professional.]