In the world of higher education, it’s not unusual for campuses to host visiting professors and guest lecturers by the dozen, all vying to bring the buzziest theorists, authors and scientists to speaking halls across the country.

Typically, the topics might include the power of entrepreneurship, the war against women, whither the global economy, or writing fiction. But an upcoming two-day lecture and seminar by William Irvine at Brown University will deliver an unexpected message to the busy, stressed and often career-oriented Ivy League audience of students and faculty: how to live “the good life” with happiness and success.

A professor of philosophy at Wright State University near Dayton, Ohio, Irvine spent his earlier career exploring slightly more esoteric subjects like "(Bertrand) Russell's Construction of Space from Perspectives." He understands that his current approach bears little resemblance to the usual scheme of classroom study, but offers the audience something simpler, and perhaps more useful.

Irvine, whose books include A Slap in the Face: Why Insults Hurt and Why They Shouldn't and On Desire: Why We Want What We Want, is planning a small but powerful exercise at Brown to help open up such channels of discussion and reflection. 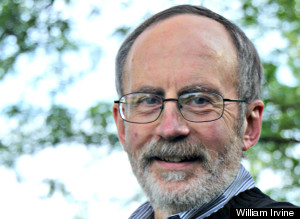 "One of the best Stoic insights or exercises I often guide people through is called negative visualization," he explains. "You try, briefly, to contemplate losing the things you already have, like thinking about losing someone you love, and as soon as you contemplate it, a brief, flickering thought, it can have a remarkable impact on making you place a much higher value on what you have."

At first, it may sound more like a pithy self-help mantra than a deeper philosophy of life. But Irvine's visit to Brown, scheduled for late February, is part of the university’s wide-ranging commitment to explore the Big Questions and what it means to live the "good life." The Ethical Inquiry program launched last year and aims to bring together thinkers in disciplines ranging from psychology to history to discuss and debate not only issues within their own fields, but how their studies apply to enhancing everyday living for students, faculty and, by extension, the public.

"People are always chasing jobs, power, money, and trying to make themselves into better people. This happens even among students. How can we use philosophy not just as a subject of study, but something that enhances our lives and understanding of ourselves? That's what we're missing," says Irvine, who calls himself a "21st century Stoic," after the ancient Greek school of philosophy.

Bernard Reginster introduces one of the Ethical Inquiry events, "Happiness: What Your Mother Didn't Tell You," at Brown University during the last academic year.

Ethical Inquiry is one amid a growing number of classes and programs in American higher education that aim to tackle life's Big Questions at a time before 20-somethings become encumbered by the responsibilities of work and family that seem to take priority over more philosophical pursuits. Even the government has gotten involved, with the National Endowment for the Humanities giving $2.2 million in grants over four years to fund college courses on “enduring questions." Among them are one on virtue at John Jay College in New York, a class on love at Ursinus College in Collegeville, Pa., and Emory University's course, How Does One Live a Life That Ends?

At Brown, topics of seminars and lectures have included morality, virtue, ritual, the "art of living," and one entitled "Happiness: What Your Mother Didn't Tell You." In addition to Irvine's appearance, events this academic year will also touch upon the roles of affirmation, attachment and regret in life.

"We want to understand ethics the way ancient philosophers understood it, especially ancient Greek philosophers. The distinction in ancient philosophy is that it's an inquiry, in the broadest possible sense, into how you should live your life. It's looking at not only how to be morally righteous, but how to have a flourishing, meaningful, happy 'good life,'" says Bernard Reginster, the chair of Brown's philosophy department who is helping orchestrate the program. 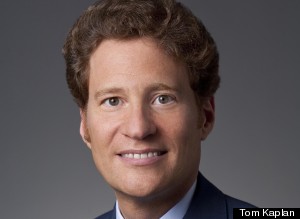 Ethical Inquiry is funded by the New York-based Recanati-Kaplan Foundation, which was founded by natural gas and gold investor Thomas Kaplan and his wife, Dafna Recanati. Kaplan, who has previously used the couple's wealth to support environmental and animal conservation as well as medical science research, says his interest in the Big Questions started at the urging of his mother, who gave him a book on Stoicism while he was a high schooler. He later came to admire Irvine's work, which includes A Guide to the Good Life: The Ancient Art of Stoic Joy.

"We all want water and health and shelter. These are natural desires, as we can satisfy them and be content. To their credit, the Stoics also saw that there were also 'unnatural desires': the seeking of fame and wealth, which are far harder to satisfy as our society leads us to want more. More wealth. More status. So we say to ourselves, in essence, that contentment is conditional: 'I'll be happy when I have a bigger car than my neighbor; or when I'm more celebrated than my peers.' Happiness isn't achieved...it's postponed. This chase leads to anxiety and dissatisfaction," says Kaplan.

"I would like to open up people's eyes to the fact that there is a theme in life worth entertaining before they enter the commercial or professional world: that at a certain point happiness comes from those things you already have, not from what you think you want. Better that realization happens earlier in one's life, rather than during a 'middle-age crises' where people often ask themselves, 'What did I do with those 20 or 30 years of my life when I was pursuing the wrong thing?'"

"Stoicism is not remotely about getting people to forsake the satisfaction of a full and engaged life, but putting the inevitable challenges of life into perspective in a way that will make one more resilient and, to be candid, joyful," he adds. 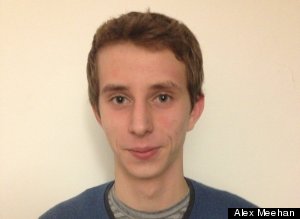 Brown's program, still in infancy, has amassed hundreds on its mailing list, including students and faculty outside of the philosophy department, and a handful of Providence residents who don't attend the university.

"One thing that tends to happen in philosophy is we start to consider very specific, abstract situations. But there are very few things in modern philosophical discussions about what it means to be fulfilled not from the perspective of trying to come up with some ultimate world theory but from the perspective of what it means to be a human," says Alex Meehan, a Brown junior whose concentration is in physics.

Meehan, one of the leaders of PhilDUG, an undergraduate philosophy organization, has consulted with Reginster on how to best tailor Brown's effort to student needs and interests, such as how to embark on a fulfilling career, and how it can reach undergraduates beyond those studying philosophy. 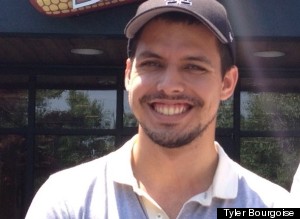 "I was yearning at school to talk about those Big Questions of life, but I was fortunate to find a group of friends who have stimulating things to say and diverse experiences to share. I had to seek them out, and it wasn't always easy," says Bourgoise. "But now that this program exists, I think there will be a lot more space for those questions to come up between different people who study different subjects and may not come across each other."

"It has the potential to promote lots of good discussion among students that's relevant. It's not easy to be reflective about what you want to get out of your life," he says.

Tyler Bourgoise, who graduated last year with a philosophy degree and plans to apply to law school, also took part in Ethical Inquiry programs during their launch last spring.

Ethical Inquiry isn't the only way Brown is addressing life's bigger issues. Through a faith-based and spiritual lens, the Office of Chaplains and Religious Life has also opened up such conversations with its Multi-Faith Council, Interfaith Exchange and religious literacy classes. It follows one of the university's core principles in "liberal learning": "to remain open—to people, ideas, and experiences that may be entirely new" in order to "make the most of the freedom you have, and to chart the broadest possible intellectual journey." 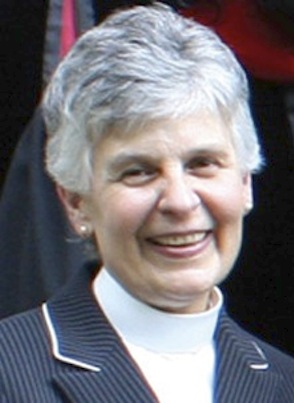 "At the heart of a liberal education are the Big Questions," says university chaplain Rev. Janet Cooper Nelson, who each week hosts about 40 students at her home for a Thursday night dinner series with guest speakers that spark discussions on faith, meaning and understanding of students' diverse value systems. "People come to these questions with a variety of languages and convictions. We know if we don't intersect with those beliefs and talk about them, whether they be religious or political or otherwise, then we are not doing what we're supposed to."

As he prepares for his visit to Providence, and in the teaching of his own students in Ohio, Irvine says the lessons he hopes to impart share a similar virtue: a desire to understand the self and others.

"The problem with American life, in a nutshell, is that people have a gap between what they have and want. That gap will always exist, no matter how many more or bigger possessions and titles you get," he says. "I'm interested in helping students placing a higher value on what they have, and using that to change their outlook. This is what philosophy can be about, and was about in Greece, not just thinking, but living out the questions and problems in life.”

Living 'The Good Life': How Brown University Students Are Learning To Ask The Big Questions
Ten Ways To Build A Happy Life