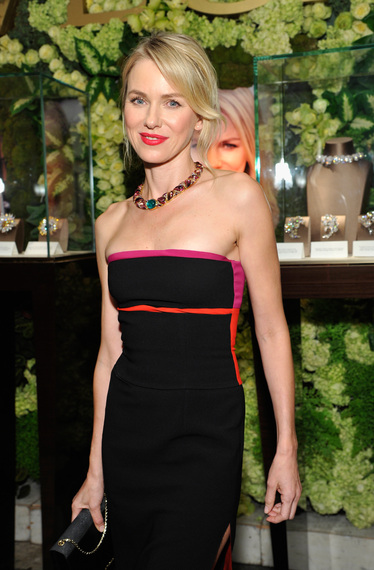 "The Bulgari party had everything: music seemingly ripped from my circa 2006 iPod, fantastic champagne (until demand was too great, and they ran out of the cold stuff), a suit-heavy crowd, glamorous women, highly secured jewels, and a valet line that lasted for miles." That comment, by Allegra Riggio (new wife of actor Jared Harris) perfectly summed up one of the first official pre-Oscar parties in Los Angeles this week -- by far the swankiest of soirees that this city will see this week leading up to Hollywood's big night on Sunday.

The Italian jewelry house took over virtually half of the club in the garden area, setting up an array of ridiculously beautiful jewels and videos showcasing the many decades of Hollywood glamour the jeweler has been a part of. Gracing screens from every angle, were images of Elizabeth Taylor and Richard Burton, Gina Lollabrigida, Mia Farrow, and Sophia Loren, among others.

But it wasn't just about the babes and baubles on the screen -- there were tons on display in real life.

Actress Camilla Belle was undoubtedly the best dressed of the night in an outfit by Prabal Gurung (and complimented by Bulgari jewels). 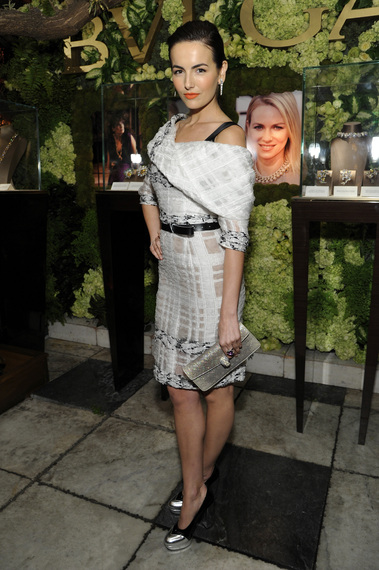 Kate Hudson was bedecked in Emilio Pucci and Bulgari jewels and handbag, while Naomi Watts was in Altuzarra and wore a Bulgari Heritage Necklace in gold with emerald, amethysts, rubies and diamonds, circa 1989. 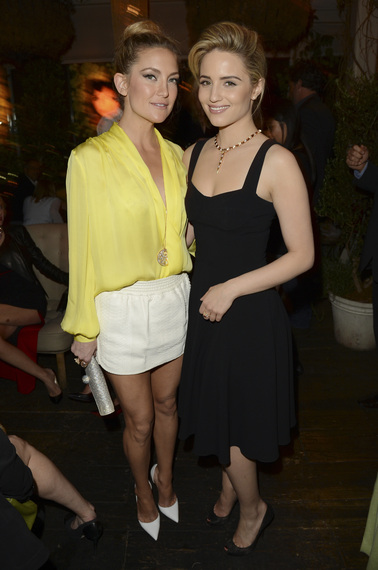 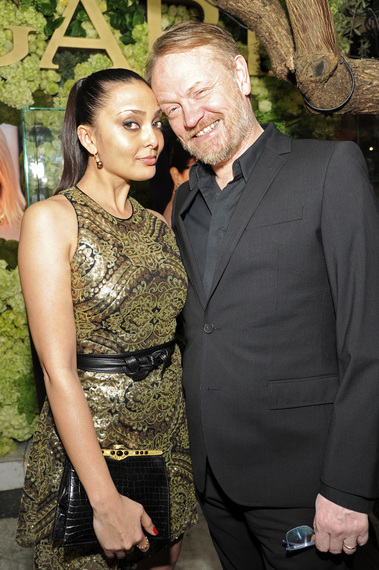 Harris was one of the few to weigh in on this weekend's Oscar extravaganza: "Best performance of the year was Cate Blanchett. She was extraordinary. Not recognized but should be is Cameron Diaz in The Counselor. She was terrifying. Right up there with Hannibal Lecter and Anton Chigurh."

But back to the matter at hand: the jewels. And it was Bulgari Managing Director Sabina Belli who wore undoubtedly the stand out duo of the night: pink gold earrings with 42 emeralds, 42 amethysts, turquoise and pave diamonds. 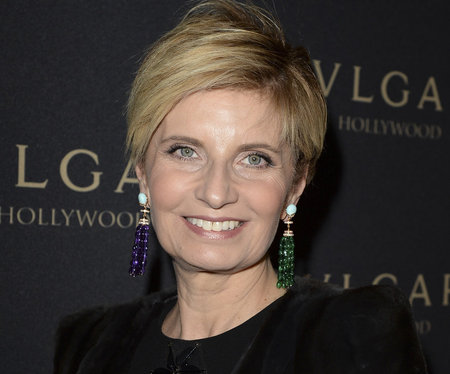 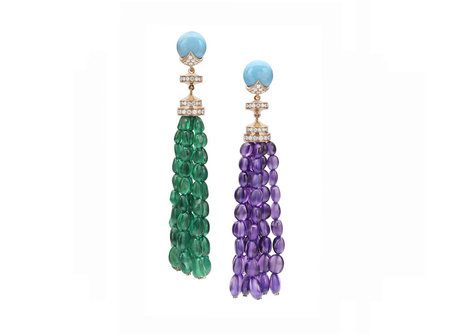 Elizabeth Taylor, who was a long time Bulgari fan, would have had at least two pair -- with a ring and bracelet to match.