Do you drink gin and tonic? Like to eat rice and beans? Can't live without Shakira's "Hips Don't Lie"?

Then BuzzFeed knows you definitely should be living in Rio de Janeiro.

If you're on Facebook, it's been hard to miss the rise of BuzzFeed's enigmatic personality quizzes. Its most popular quiz "What City Should You Actually Live In?" -- 20 million views -- spread furiously through the social network. Everyone eagerly answered seemingly random questions like "What could you eat forever?" and "What's your jam?" and got an answer to a fairly weighty question that was perfect for sharing. (Look guys, I should live in Paris!) 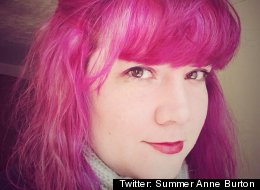 The editorial effort behind the quizzes has been spearheaded by Summer Anne Burton. She was originally hired to work at BuzzFeed two years ago while freelancing and waitressing in Austin, Texas. Now, as managing editorial director based out of the website's growing New York office, Burton, 31, oversees the BuzzFeed's viral lists, which have driven the site's growth to a record 130 million visitors in November 2013.

Burton spoke with The Huffington Post about how the quizzes get made, why they're so crazy viral and how they have their roots in women's magazines. The following has been edited and condensed for clarity.

So when did the quizzes start taking off? And why?

We had been making quizzes slowly, but nothing crazy. Then, around the end of last year, I was looking at some stats and what posts had done really well. Our most shared post was this quiz called “Which ‘Grease’ Pink Lady Are You?” that Louis Peitzman in L.A. did. It had not been a big hit when it was first published, but it had this super long tail.

I had noticed a couple other things like that -- posts that were quiz-related or quizzes that had a second life. So I mentioned the "Grease" quiz a couple times in meetings with my team. They all are addicted to getting a lot of reactions and sharing, so it was inspiring for them to hear that that could do so well. They started making a lot more quizzes. 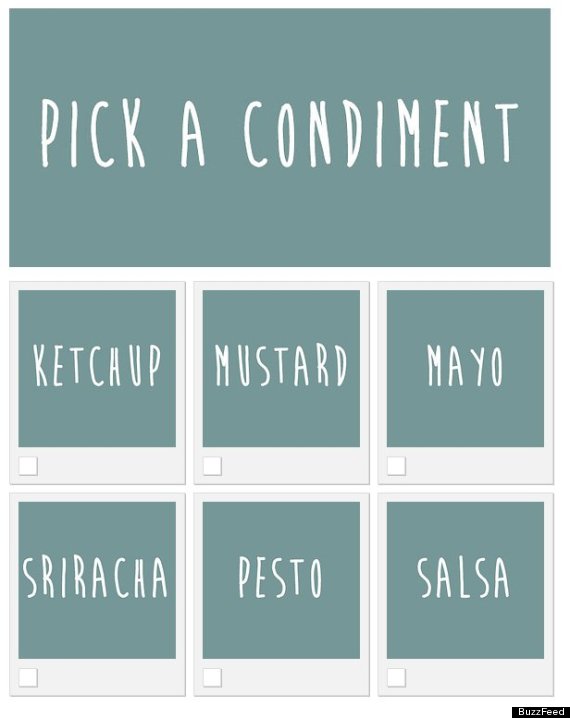 Screenshot from "What’s The Name Of Your Soulmate?" by Jen Lewis.

Then in January, our travel editor Ashley Perez made “What City Should You Actually Live In?” and it immediately became one of our most viral posts of all time.

That one was definitely a big tipping point. We made templates for the design elements so that people who aren’t super familiar with Photoshop could make their own version of it and wrote out some some loose guidelines for what makes a quiz good.

Can you walk me through how a BuzzFeed quiz is built?

So when you make a personality quiz, you have a tab for questions and a tab for results. One of the first things I tell people when I’m explaining how to build a quiz is that they should always write the results first. You might have a quiz like “Which ‘Saved By The Bell’ Character Are You?” So you have the six main characters, and you write the result title, give them a photo and write some text about each of them based on their characters before you did anything else. We have some ideas about how long they should be and what's good for sharing.

Once you’ve put in the results, you can tab over to questions. Underneath each question there’s an unlimited number of answers that you can add. With each answer, you assign a personality. That’s why we do the results first. It’s a lot easier to write the answers if you know what personalities you’re assigning. So in my example, you’d add answers and assign six different results.

The backend is actually just a hidden version of a classic Cosmo quiz. You have six buckets, and whichever answer you have the most in the bucket, that’s the result that you get.

Some of these quizzes seem to make sense. For “Which ‘Parks and Recreations’ Character Are You?” I can answer the questions in a way I’d expect Leslie Knope or Tom Haverford to, and I’d get them as a result. But for other quizzes, like “Which Arbitrary Thing Are You?”, there doesn’t seem to be any relationship between the answers you give and the results you get. So is there any internal logic to how these quizzes are built?

I think our most successful quizzes are mostly built so that the results feel personal and that you can relate to them. The answers genuinely correspond to the results. We’ve tried a lot of other experiments, which is just the nature of the way we function at BuzzFeed. “Which Arbitrary Thing Are You?” is kind of a joke about BuzzFeed quizzes. That’s something we encourage and think is fun. People thought it was really funny and liked it, but it’s more humorous than most of our personality quizzes, which I don’t think are humor so much as they are a way for people to identify and relate to others.

There was a Slate article about BuzzFeed quizzes that characterizes them as having “seemingly random results [that] could be a deliciously nihilistic commentary on the human condition.” So do you think that some of the editors and writers at BuzzFeed have approached them like that?

I think the quizzes that most people are sharing and talking about aren’t very random. I think it comes from a genuine place.

It seems that these quizzes are designed to reveal some underlying personality traits, like a Myers-Briggs test. Do you think readers have the expectation that they’re going to get some sort of scientific result from these quizzes?

I don’t think so. The thing that I compare it to is astrology. It’s not scientific, but if you have a good attitude, that doesn’t keep it from being fun. When you get the results, you can relate it to yourself. Sometimes, that relationship is, “ Oh my gosh, I’m not a Zack Morris, I’m a Kelly Kapowski." That’s a lot of the sharing that we see. It’s fun, it’s a game. I don’t think that when people answer “Where Should Your Next Vacation Be?” they are super invested in thinking that’s going to tell them something really deep about themselves.

What makes a quiz work and what makes one flop?

There are a couple things that tend to work really well, like guessing something about the person’s actual desires or attributes. “What Age Are You, Really?”, “What City Should You Actually Live In?” and “What Career Should You Actually Have?” are three of our four biggest quizzes. Another thing that works really well is tapping into a fandom. People who self-identify as dog people or as “Friends” fans get really excited about “What Kind Of Dog Are You?” and “Which 'Friends' Character Are You?”. I think everybody plays that game, in their heads or with their friends already. So they want to see what an objective source is going to tell them.

Community members aren’t able to make quizzes yet. Do you plan on introducing that soon?

Yeah, we’d really like to. It’s just that quizzes are really hard to make compared to a list. Our developers are working on making it easier. I’m not sure what the timeline is.

I’m sure you saw that Shirley Manson didn’t get herself in the quiz "Which '90s Alt-Rock Grrrl Are You?" Any reaction to that?

I thought it was hilarious. The guy who made that quiz, Matthew Perpetua, is our senior music writer and I find his quizzes particularly fascinating. We hired him about a year ago, and he’s been writing really astute criticism and reviews and interviews. But he’s recently been pulling from this lifetime of interesting, niche music knowledge for making these really specific personality quizzes. A bunch of the people who have been featured in them, have taken them. It’s been really fun. I don’t know, maybe Shirley has just changed so much since the ‘90s that that’s why she didn’t get herself. If she had taken it in the ‘90s, I’m sure the results would have been different.