ROME, Sept 1 (Reuters) - The former archbishop of Milan and papal candidate Cardinal Carlo Maria Martini said the Catholic Church was "200 years out of date" in his final interview before his death, published on Saturday.

Martini, once favoured by Vatican progressives to succeed Pope John Paul II and a prominent voice in the church until his death at the age of 85 on Friday, gave a scathing portrayal of a pompous and bureaucratic church failing to move with the times.

"Our culture has aged, our churches are big and empty and the church bureaucracy rises up, our rituals and our cassocks are pompous," Martini said in the interview published in Italian daily Corriere della Sera.

"The Church must admit its mistakes and begin a radical change, starting from the pope and the bishops. The paedophilia scandals oblige us to take a journey of transformation," he said in the interview.

In the last decade the Church has been accused of failing to fully address a series of child abuse scandals which have undermined its status as a moral arbiter, though it has paid many millions in compensation settlements worldwide.

Martini, famous for comments that the use of condoms could be acceptable in some cases, told interviewers the Church should open up to new kinds of families or risk losing its flock.

"A woman is abandoned by her husband and finds a new companion to look after her and her children. A second love succeeds. If this family is discriminated against, not just the mother will be cut off but also her children."

In this way "the Church loses the future generation", Martini said in the interview, made a fortnight before he died. The Vatican opposes divorce and forbids contraception in favour of fidelity within marriage and abstinence without.

A liberal voice in the church, Martini's chances of becoming pope were damaged when he revealed he was suffering from a rare form of Parkinson's disease and he retired in 2002.

Pope John Paul II was instead succeeded in 2005 by Pope Benedict XVI, a hero of Catholic conservatives who is known by such critical epithets as "God's rottweiler" because of his stern stand on theological issues.

Martini's final message to Pope Benedict was to begin a shake up of the Catholic church without delay.

"The church is 200 years out of date. Why don't we rouse ourselves? Are we afraid?"

Martini was much loved and thousands paid their respects at his coffin in Milan cathedral on Saturday. (Reporting By Naomi O'Leary) 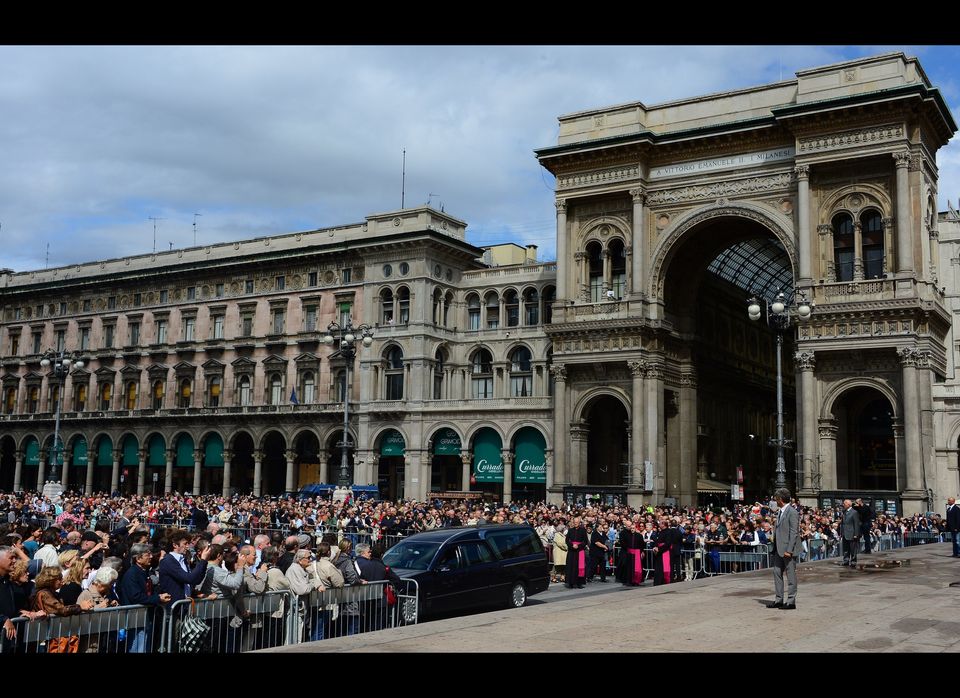 1 / 13
Coffin Carried To Milan Cathedral
The coffin of cardinal Carlo Maria Martini is carried to Milan's cathedral on September 1, 2012. Martini, a progressive who pushed for a rethink on modern issues and was once tipped as a possible pope, died on August 31, 2012 aged 85. Martini, himself a former archbishop of Milan who advocated reform on issues such as contraception and the role of women in the Church, had been suffering from Parkinson's disease for years and his condition had degenerated this week. AFP PHOTO/OLIVIER MORIN (Photo credit should read OLIVIER MORIN/AFP/GettyImages)
Getty