Piracy of at least one CBS show is up in the wake of a CBS-Time Warner Cable quarrel that has seen both networks pull each other's content.

The back-and-forth has wreaked havoc on CBS's official ratings, according to the Hollywood Reporter. And in the wake of the content being pulled, a recent TorrentFreak survey found that at least one CBS-produced television show, science-fiction horror hit "Under The Dome," has seen skyrocketing rates of piracy. 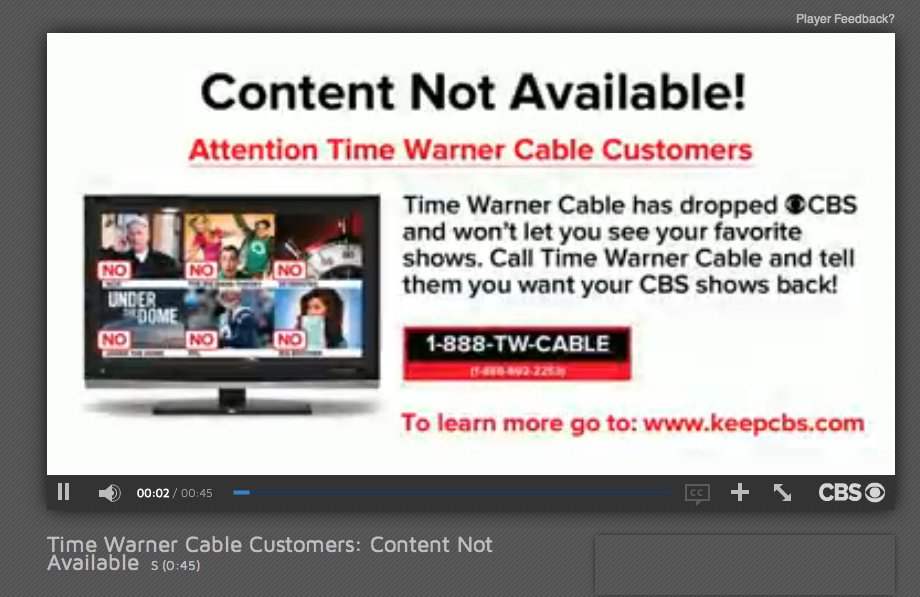 Here's what Time Warner subscribers see when they try to watch "The Dome" on CBS.com.

According to the TorrentFreak project, which monitored BitTorrent downloads of the two most recent episodes of the show, piracy rates for "Under The Dome" rose 34% post-blackout. At the same time, AdAge reported that "Under The Dome's" official viewership fell to 10.2 million viewers for the episode that aired on Monday, down from over 11 million the week before.

"While one should always be careful of drawing strong conclusions from city-based data, especially when we don’t know how many downloaders are Time Warner Cable subscribers, these initial results do suggest that the blackout resulted in a local piracy surge."

If people do indeed turn to piracy only when legal alternatives are unavailable, as seems to be the case for some in this situation, it's a good sign for Comcast's newly-proposed anti-piracy measures. The network is aiming to seek out those downloading illegal content and provide them with links to legal channels.

Lack of legal availability has been linked to increased piracy in the past. HBO's highly successful "Game Of Thrones" recently broke two piracy records within the span of a few weeks, which many attributed to the fact that "Game Of Thrones" is unavailable legally in the United States for less than the cost of a HBO subscription.

PHOTO GALLERY
And The Most Pirated Oscar Screeners Of The Year Are...
Betsy Isaacson
Freelance journalist
Suggest a correction

Technology Under The Dome CBS

CBS and Time Warner Rift Leads To Major Piracy Spike For Hit Show
And The Most Pirated Oscar Screeners Of The Year Are... 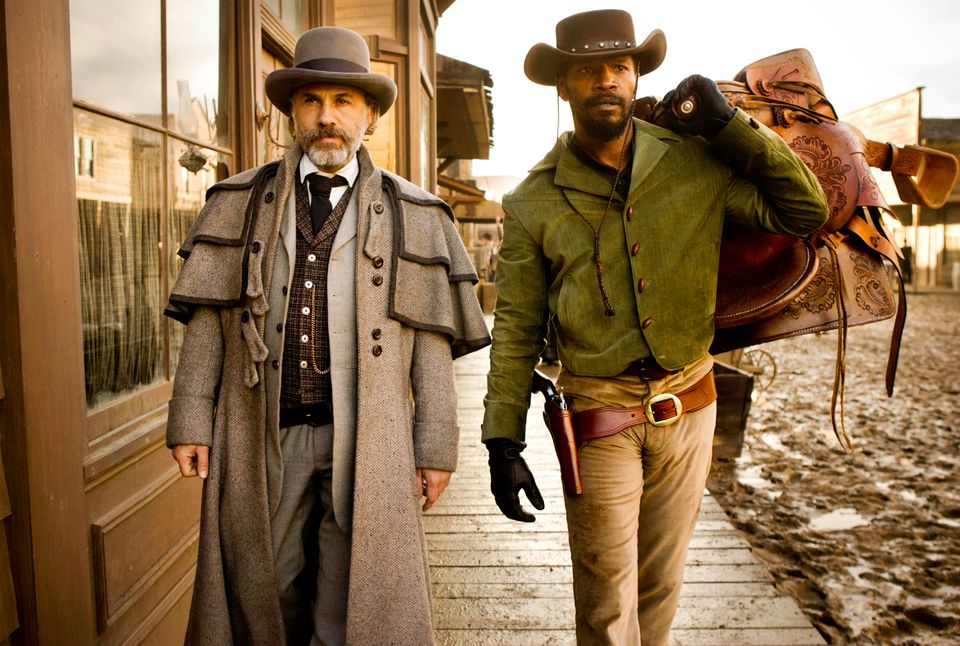