The New Year's cold snap capped off what was Chicago's warmest year ever, with 2012's average daily temperatures pushing the mercury to 54.5 degrees.

As CBS Chicago notes, 2012 in the Windy City started with people playing golf amid warm New Year's Day temps; it ended with several snowless streaks broken during the usually flurry-filled month of December.

The Windy City warming trend was hardly an exception: according to Climate Central, 2012 was the hottest year ever recorded in the continental 48 states, reports NBC Chicago.

According to the National Weather Service, Chicago's previous warmest year ever was 1921, but the 2012 average temps edged out the record by 1/10 of a degree, reports the Tribune.

The bitterly cold new year snapped the warm streak and according to the Tribune, marked the first time the since Feb. 25, 2012 (another record streak) Chicago temperatures hovered below freezing.

In what seems like an endless string of snow-related records falling, Chicago is on the cusp of breaking yet another: if there's no significant snow before Saturday—and the Tribune notes no serious storms are forecast—the city will break a record by going 314 days without an inch of snow on the ground.

Chicago's Warmest Year Ever: 2012 Broke Records As City Closes In On Yet Another Snowless Streak
Chicago Weather Record-Breaking Warmth 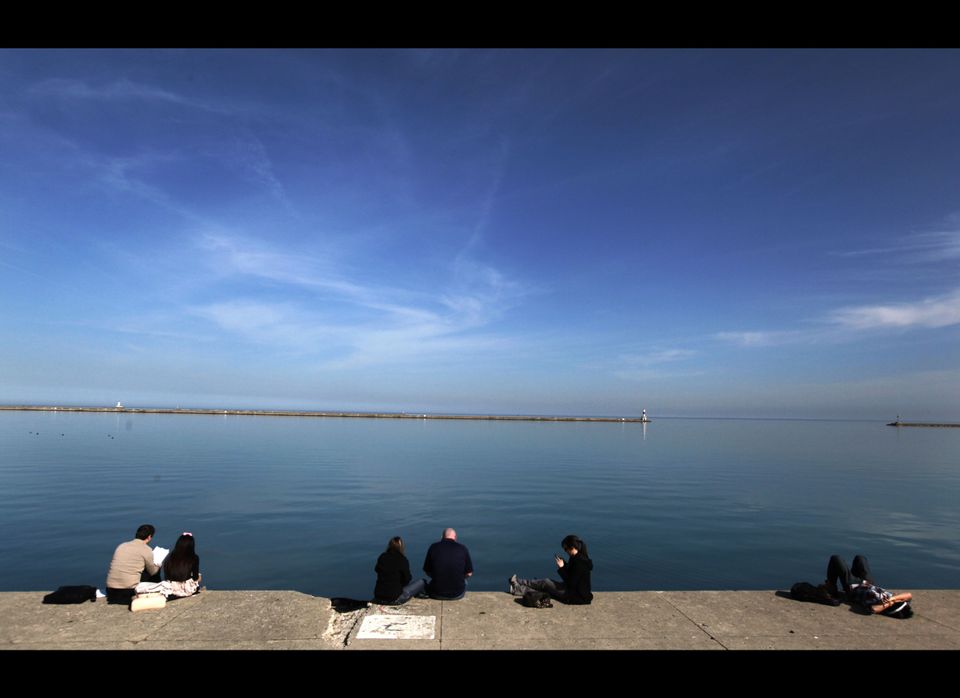