The costs of educating and caring for children just keep soaring.

Just check out this chart from a recent Brookings Institution analysis of consumer price data from the Bureau of Labor Statistics, showing how various costs have changed relative to median U.S. household income in recent decades: 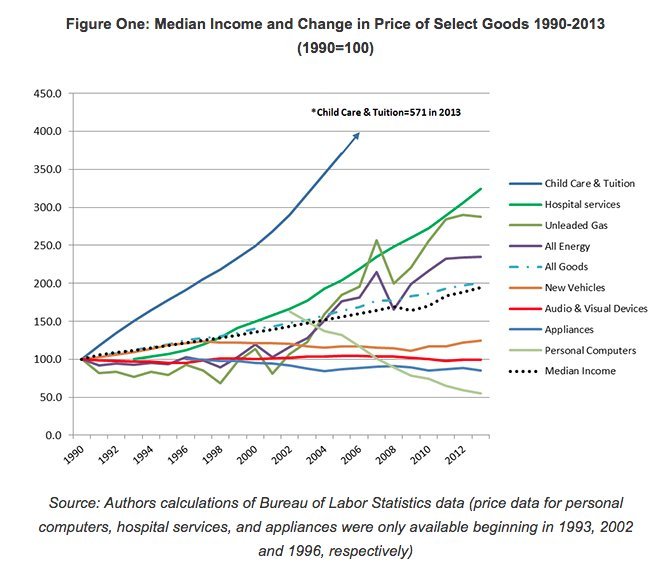 There are several striking things on this chart. For one, the costs of energy, gasoline and hospital services are rising far more quickly than income. Meanwhile, the prices of appliances and personal computers have fallen. And the price of a new car has risen a lot more slowly than income. 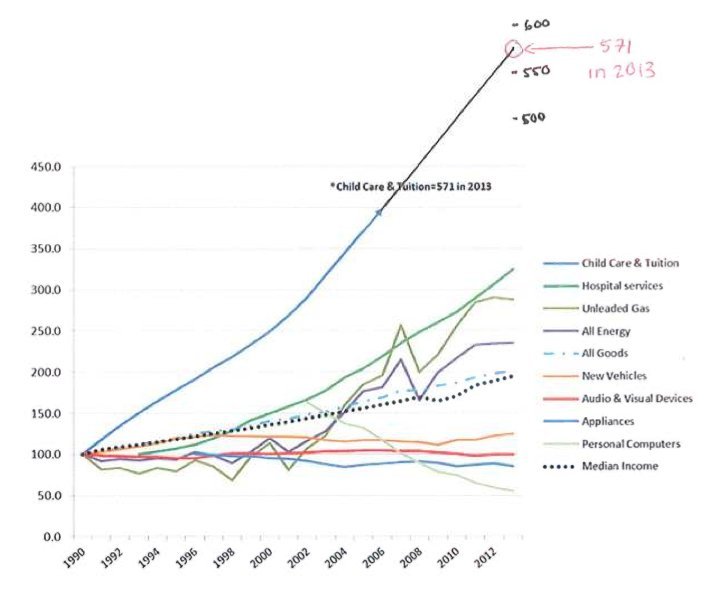 Child care and tuition costs include elementary, high school and college tuition and fees, as well as child care and nursery school, according to the BLS.

Here is a graphical representation of what that means for parents:

Though they're not shown on the chart, other important prices are also outstripping income, including rent, legal and professional services, and hotel rates.

"These large sectors and the high prices they charge are contributing heavily to the slipping economic position of American households," the Brookings analysts wrote.

The households they're referring to are low- and middle-class households, which suffer more when the costs of necessities rise. That has added to the pain of the slow destruction of the middle class in recent decades. It has also been a drag on the U.S. economy, which depends heavily on consumer spending. As the Wall Street Journal noted in its own analysis of consumer price data, the meteoric rise in the costs of health care, rent and education has led to a slowdown in spending on clothing and entertainment. As a result, large retailers and restaurant chains are struggling to get customers to spend.