I had been begging my mother for ballet slippers for weeks. Now that I was registered for Ballet 1, she had run out of excuses. I was around five years old and already had an impressive costume collection composed of hand-me-downs, wigs, masks, capes and dresses, some of which I wore to school. I did not, however, have ballet slippers.

Out of the glossy, new box and onto my little feet: black, thin leather with an elastic strap across the top and a dainty little bow. My ballet slippers were perfect. The bow was really more for function than decoration, but I pulled the elastic extra tight so the bow could be as large as possible. Not the most comfortable, but necessary. I insisted on wearing them everywhere, but mother said they weren't allowed to get dirty. It seemed a reasonable ruling, so I kept them clean by only dancing inside the house.

The dance studio had two huge front doors, too heavy for me to open by myself. I impatiently danced from side to side, hopping up and down, so mother would know she was taking too long signing us in. I could hear other kids already in the building. We were late! I was missing everything! My impatient dance became even more frantic and mother said "I'm right behind you," finally granting me permission to run to Studio 1, Ballet 1.

It was a large room painted light green with a full mirror along one wall, and ballet bars set against the opposing wall. Mother took me to The Nutcracker two Christmases ago, then The Hard Nut (Mark Moress's rendition of The Nutcracker) the year after, so I had a good idea of what ballet was all about: Jumping, spinning with your arms in a circle above your head, and sometimes both at the same time while standing on your toes. And if you practiced enough you could do it all on stage in a really cool costume.

The other kids already knew each other in Studio 1, Ballet 1 and I didn't know the teacher. Mother decided to stay and watch this first class. As the warm-up began, we all lined up in front of the mirror.

I looked at myself among the other kids -- it was evident I was different. The few boys in class were dressed in back, all the girls were dressed in pink and I was in green. The boys had on leggings and cotton t-shirts, the girls got leotards, tights and a wrap-tie skirt with a thick satin ribbon. The only thing I had on that matched the other kids were my perfect ballet slippers.

During the first water break, it was explained to my mother that the dress code was mandatory, and that if I were to continue in Ballet 1, I would have to dress accordingly. Mother started to tell me about the rules, but I could already see there was a dress code; I didn't match the class in green, so I would need to wear black or pink. Not a problem. I pointed to one of the many pink ensembles. "That one."

"Only girls can wear that," mother said. "You have to wear the boys' costume." She turned me toward the boys, now all huddled together in the back corner of the studio. No, I didn't want to be dressed in all black, and I definitely didn't want to hang out with boys only in the back of the class. If I had to dress like the kids in Ballet 1, I was going to dance in pink with the wrap skirt and satin ribbon.

"Why?" I asked." Why can't I wear the girls costume?" Mother gently repeated herself, but I didn't have an answer to the question I really wanted to ask: Why can't boys wear the pink costume?

Shouting, "It's not fair, IT'S NOT FAIR!" over and over, a chorus of melancholic violins began to play cinematically, backing my cry with a soundtrack of despair. The water break was over and the teacher had turned up Tchaikovsky to drown out my distracting fit. I began to cry. Up until this point, I'd never realized that my gender came with rules, that I wasn't allowed certain things because my mother called me her son. I was dumbfounded, frustrated, overwhelmed.

I was so upset that I sat out the rest of Ballet 1, watching from between mother's legs on the floor. A few less inconspicuous kids stared back at me over their shoulders, making a game of me. I played along, glaring back when I caught them lingering on my tears. They were smiling, spinning, jumping, trying to stand on their tip-toes. I was filled with defeat and unplaced anger. It wasn't fair.

I stared down at my beautiful black ballet slippers, my feet now lined with red from the pressure of the big elastic bow being pulled too tight. "But, I wear dresses at home," I whined. "Yes, but you can't wear them here," mother softly replied. Her response only added to my feeling that none of this made sense, that I was being punished for no reason, excluded, that there was some kind of arbitrary inequity in play.

I never returned to Studio 1, Ballet 1, but the rules of ballet class reached further than the classroom. As I got older, they became further entangled, more complex and harder to bend. They were reinforced in everyday life, built on top of each other, the foundation of our thinking. I am 25 year old now, and it can be hard for me to remember what it was like before Ballet 1, before my first real encounter with the rules.

Many events in my life directly related to my gender expression and others' perception of it, have embarrassed, empowered or endangered me -- far too many to count. It's important to have a dialogue about gender that goes beyond the binary. There's been so much progress on this front in the LGBT community within the last two decades, and the approachability of the subject in general. But, while we have a label for what it means to be straight, lesbian, gay, bisexual, trans, we leave little room for anyone who may fall between the labels. Even being queer, a fluid terminology, you are still expected to clarify.

Art has always been my haven from the constant clamor of society's boundaries, my window to look inward. My work and process give me the space to consider who I am and how I see myself, without the white noise of the external -- outside of other's perceptions. So what if they're confused? What matters is that I know myself well enough to not be defined by my gender identity. It is just one fragment of millions that make whole.

I've had to work toward this state of mind, to protect myself from the noise. It's a constant effort, and my art is still one of the very few ways I have of accessing that place. It's strange to realize that I've had access to it all along. Before Ballet 1, I was a child, not a boy. I liked what I liked, and never considered how my preferences fit into the gender construct. It was unimportant.

I would love to be able to uncomplicate gender, to dig it out from underneath the complexities of definition and to expose what it really is: irrelevant and outdated. It would take a massive shift in popular thinking. It would take the will and ability to view gender like a child who hasn't yet been taught the rules, to find their freedom to look at themselves and others as people and ignore all the junk in their way.

We lose each other in this rhetoric of definition. It's a rhetoric that's influenced by antique stereotypes and outdated iconography. We don't need any of it. Beyond it is a paradise of possibility, nearly untouched. Beyond it there are eager little kids in green, finding their bliss, smiling, spinning and dancing in beautiful ballet slippers. 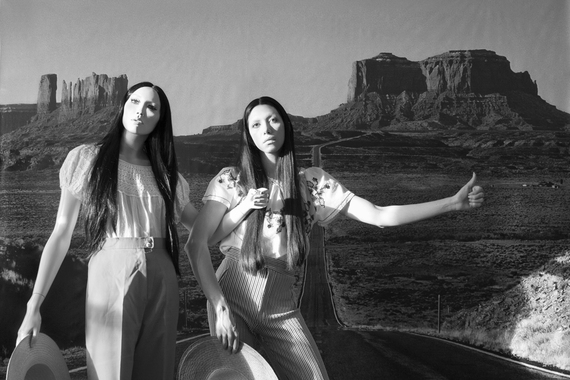 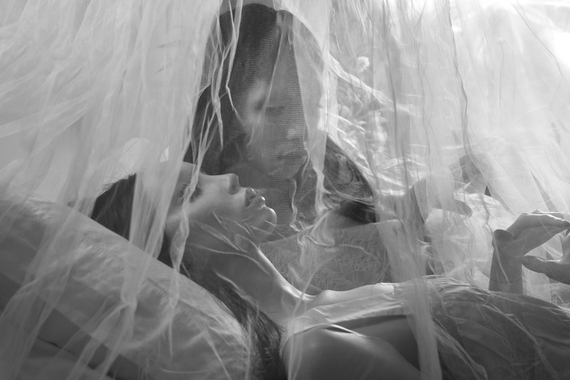 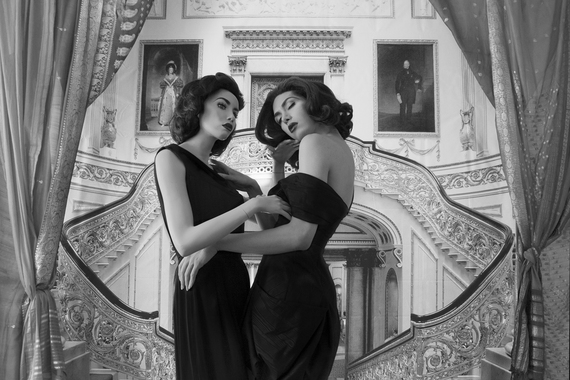 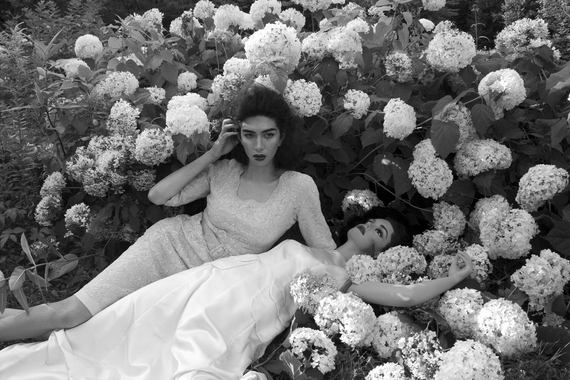 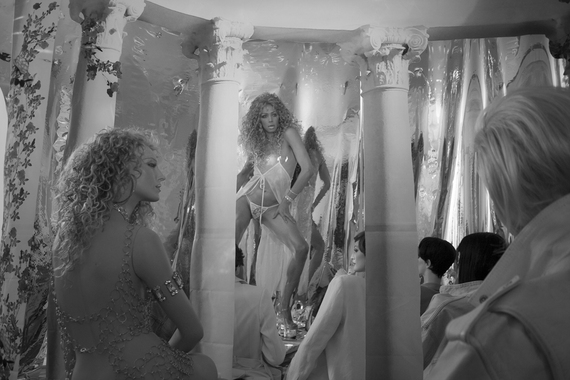 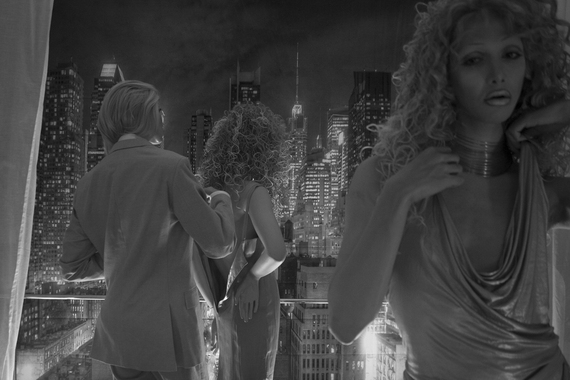 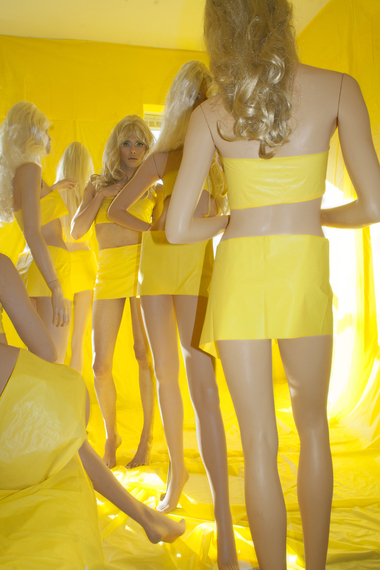 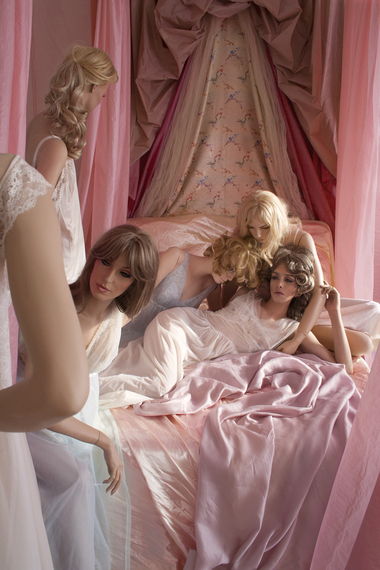 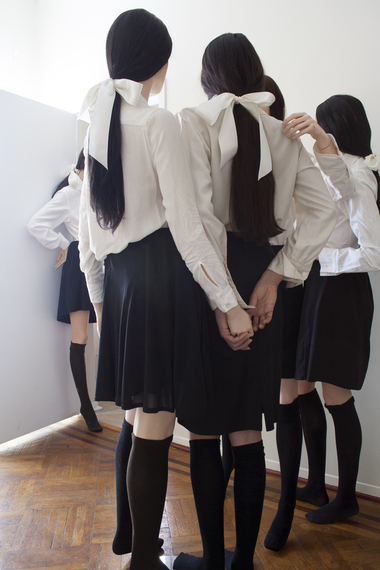