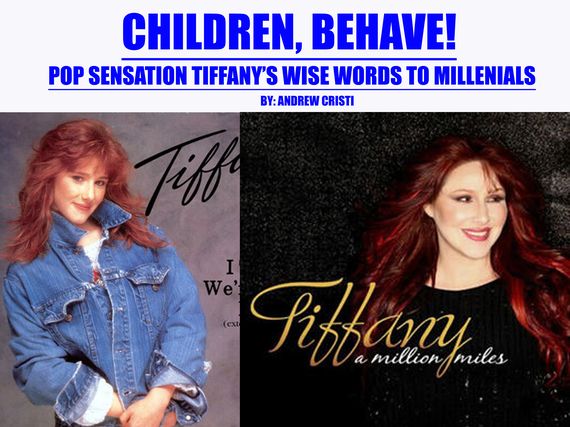 It's been almost thirty years since Tiffany Renee Darwish, or better known to the public as just Tiffany, covered Tommy James and the Shondells, "I think We're Alone Now" and shot to superstardom, and the tune is still stuck in fans heads and hearts. More popular than even "Call Me Maybe" at the time, Tiffany's catchy chords and raspy voice has resonated deeply with a devoted fan base that spans generations- and if the latest reboots of all things 80's and 90's have proved anything, it's that millennials are loyal fans to the things that warm their nostalgic hearts.

With the major anniversary of her first big hit coming up, Tiffany is back on tour with her new album; A Million Miles, and she couldn't be more excited to spend time in the studio, produce- a new experience for her that she's thrilled about- and perform for her fans- which she says is her favorite part of the gig. If there were any doubts to the statement or thoughts that she could be pandering, that is put to rest by how long she spends with each fan during her meet in greet after the show and how much they love her. She is simply a breath of fresh air as she speaks, still the vibrant Tiffany who put on the shows in shopping malls as she gushes in her raspy voice about how much she adores her fans right back, her advice toward young stars, spending all that time in malls, who she admires in the business, and more!


You have such a big millennial following of fans that adore you. This generation is so nostalgic for their youths- especially right now- why do you think that is?
"I think you could be individual- everyone was coming on the scene for the very first time. People ranged from conservative, I was more conservative, to wild- like Cyndi Lauper or Adam Ant- I'm a huge Adam Ant fan. Self-expression was huge. Cell phones were just started. Everything felt like it was on fire. Now everyone seems more jaded. Even the way they promoted shows- there was more excitement and more build up. The world really knew how to be excited for things before and it made things feel more celebratory."

You were really lucky to reach super-stardom before twitter and social media, which can be really cruel to a lot of young stars today. What are your thoughts on this?
"I'm not big on the cattiness of social media- it's not my thing. I think some people like it, it's a soap opera. Some people feel it helps their career- I really don't want that to be that way to boost my career- to be hurtful. I'm not a bully. I try and keep it positive- I'm not a hater. If we don't get along- that's fine. We don't need to be in each others space."

A lot of stars today rush to grow up, but you kept your image very wholesome while in your teen years- your songs were featured on Full House, and you did voice-work in The Jetsons. Was that a conscious effort?
"I was definitely exposed to stuff- it's all there for you, I had drivers always and there was alcohol and parties and peer pressure- but I always respected that I had a platform. Not to say I'm perfect- and there are definitely times I fell off that platform. But, what I get to do is such a tremendous gift- and I really love it and never took it for granted. Not many people get to say they want to be a singer and it happens- I was so lucky and I knew it. I always thought to myself; 'All I really need is someone to snap a picture and then I have a fan out there thinking I let them down'...so I really took it very seriously."

What advice do you have to young artists who are experiencing these invasive attacks on their privacy now?
"I think it's different for them because it's so much more intrusive- and it's not just the press, which is scary. You start to worry about who you can trust in your camp- who is out to get you from your own team, or even your friends- and that's hard. In the end, and this is the truth, the people you can trust most are your fans- because they love you for you, and they are real with you and want you to be real with them. They are the ones that are going to be with you for the long haul. The media will always pick you up and spit you out- it's the rise and fall and nature of the beast. But the fans who love you will love you no matter what- so make sure you love them." 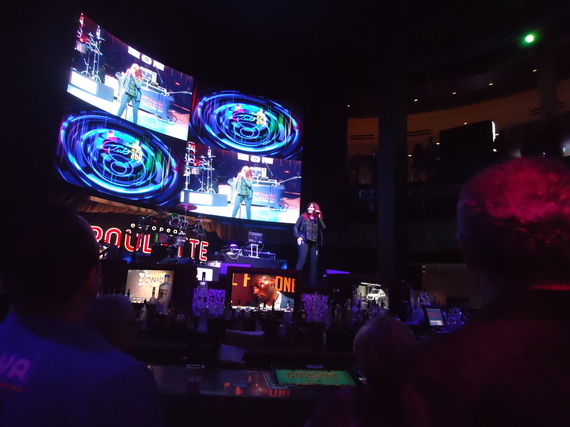 Are there any young artists you particularly admire?
"I admire anyone who does this cause it's hard- and I admire that they are living their lives artistically and in the public eye. But, that said, I can definitely say I have strong admiration for Taylor Swift. Not just for her artistry, but also for her image. I think that Taylor really sets an example that is positive for young girls and I have a lot of God-daughters, and there wasn't a lot of people I was feeling too great about letting them look up to and I really like that she came along. She's an excellent inspiration for young women- and she treats her fans amazing. She shines a great light for them. There are others too, of course, but she really sticks out for me."
(We know Taylor Swift loves to bring people up for surprise duets in her concerts- time for them to duet "I Think It's Alone Now!")

Your hit "I Think We're Alone Now" is a cover of Tommy James and The Shondells original. Did you ever get a chance to sing with him?
"No, I never did! And I would love to! We've spoken on the phone, but never performed the song together!"
(Add Tommy James to the Taylor Swift/Tiffany performance- stat!)

You're extremely dedicated to LGBTQ rights and play a lot of pride events. Talk about how that cause became close to you.
"As I mentioned, I do have a strong bond with my fans and I have a big LGBTQ fan-base- so it's the music that brought us together and hearing people's stories, and the more I listened to their stories of how they struggled and felt hurt being in the public eye and how they related to my music for their own personal reasons I felt that bond- and then even more at home I realized how much I could relate because I was constantly being judged in the public eye and then when I was going home I would whither through an emancipation process- which so many of these fans understood, or were going through. So, I was a teenager just like so many of them were who were struggling with the same home life and identity issues and it really was such a deep bond that will bring you together- and again- the fans are the people that you learn out of everyone you can trust."

Spending so much time in shopping malls on tour when you were young gave you a sense of shopping- you opened your own boutique! Talk about that.
"It unfortunately just closed because I didn't feel I could give it my 100% while I was touring this year. 'Shopping with Tiffany' is a big part of it- and I work with women from size 2 to 22 and I really like being with them and helping them feel beautiful. I will pick it back up again- in a neighborhood outside of Nashville. Nashville is changing. Nashville is cool- but I need something a little more funky."

What's next for you?
"Right now I'm ready to tour internationally- and so excited- this is my first time doing this in a while. So excited to be producing. If something came up where I could act or do more voice-over work, I would love to pop in and do it- especially if it were sci-fi- I'm a huge sci-fi fan! But right now, more than anything, I can't wait to perform A Million Miles for all the fans that have always been there and show them what I've been up to."

And judging by the warm reception from Tiffany's fans? The feeling is more than mutual. If the stars of today want a long-lasting and loving relationship with their fans? They should certainly follow Tiffany's eloquent advice. We could use more class acts like her. 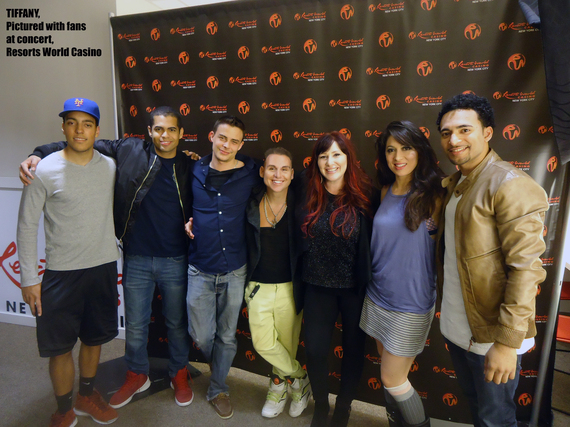