BEIJING -- Like many workplaces in China, my department does not draw strict lines between professional responsibilities and social life. I've been teaching political theory at Tsinghua University in Beijing for over a decade, and the department organizes a yearly talent festival for students and teachers. The aim is not just to showcase talent -- singing, comedy skits and so on -- but also to generate a sense of community and commitment among participants.

This year, we canceled the talent festival. We were told to refrain from any activities that might give the appearance of misuse of public funds. To my mind, it seems like an excessive reaction to President Xi Jinping's anti-corruption campaign. But it does show how the campaign has upended just about every corner of work life in China.

As everybody knows by now, corruption -- the abuse of public office for private gain -- is a serious problem in China. Upon assuming power, President Xi recognized that corruption threatens the stability of the entire political system and he has made combating corruption the government's top priority.

Such worries have been expressed by political leaders in the past. Former President Hu Jintao warned that corruption "could prove fatal to the party, and even cause the collapse of the party and the fall of the state," and his predecessor Jiang Zemin said that "corruption is the cancer in the body of the party and the state. If we let it be, our party, our political power and our socialist modernization cause will be doomed."

It's worth asking why China's leaders are so worried about corruption. After all, corruption is also problem for other large developing countries such as India and Indonesia. Moreover, corruption in China is less harmful to economic development than corruption elsewhere. As economist Jagdish Bhagwati put it, India's corruption "is classic 'rent-seeking,' where people jostle to grab a cut of existing wealth. 'The Chinese have what I call profit-sharing corruption': the Communist party puts a straw into the milkshake so 'they have an interest in having the milkshake grow larger.'"

Yet political leaders in India and Indonesia do not worry that the whole political system is under threat of collapse. The same goes for the United States in the late 19th and 20th century, when it had high levels of corruption. Sure, corruption was viewed as a serious problem, but not as a stake in the heart of the system.

After all, the best way to deal with corruption is to develop the economy. At some stage, countries reach a level of GDP per capita where ordinary, non-corrupt economic activity is sufficient to fulfill basic needs. In the East Asian region, empirical studies show that control of corruption improves along with level of economic development.

Within China, wealthier parts such as Shanghai tend to be less corrupt than poor areas in the rural hinterland. So why not just wait a few decades when (assuming an optimistic economic growth scenario) China will have become a wealthy country?

Put differently, why are Chinese leaders so worried about corruption now? The timing of the anti-corruption campaign is related to the scale and visibility of the problem. The overall level of corruption has exploded over the past three decades, and it has become a visible political problem the past few years due to the glare of social media and more conspicuous consumption by political elites.

The main reason for worry in China is related to the political system. In a democracy, leaders get their legitimacy from being chosen by the people, and the people can change their leaders in the next election if they aren't satisfied. If the next batch of leaders are still corrupt, to a certain extent the people need to blame themselves. Corruption in a democracy doesn't mean the political system is not democratic.

In contrast, China prides itself on being a political meritocracy that selects and promotes leaders with superior ability and virtue. The value of meritocracy is central to Chinese political culture and studies show that ordinary Chinese expect their leaders to be virtuous, meaning that rulers are supposed to use power to serve the political community, not themselves. The higher the level of political corruption, the less meritocratic the political system.

Hence, the regime will lack legitimacy if its leaders are seen to be corrupt. Chinese leaders are not wrong to think corruption is a mortal threat to the whole political system. Corruption undermines not just the legitimacy of the Communist Party, but the aim of building a political meritocracy composed of public-spirited rulers.

Such views are not mere theoretical speculation: the CCP won the hearts and minds of most Chinese people in its civil war with the KMT because it was perceived to be far less corrupt. From regime survival point of view, it is indeed alarming that corruption in mainland China seems to have reached levels similar to those of pre-revolutionary China under KMT rule.

Over the past two decades, most dissatisfaction in China was directed at corruption by lower-level officials, but the Bo Xilai and Zhou Yongkang cases point to rot at the top that more directly threatens the foundations of the political system. The same goes for reports by foreign media that unveiled the extravagant fortunes accumulated by family members of China's top political elite. The Chinese government reacted by closing down some websites of "unfriendly" media, but such stopgap measures can only postpone the day of reckoning.

So what can be done? Obviously the CCP is not about to embark on electoral democracy. But it makes use of other tools at its disposal. Discipline inspection mechanisms have been streamlined with more independent power to investigate abuses by local officials. Corrupt high level officials have been exposed and punished. Salaries have been increased for public servants. Experiments have been carried out with transparency of city budgets. Ultimately, the problem of corruption will only be solved if corruption is seen as a source of deep shame, hence the revival of Confucian education for public servants.

That said, the government's efforts to combat corruption are not sufficient. Talk of the rule of law has yet to make a real impact; for one thing, Hong-Kong style independent supervisory institutions can be generalized to the rest of the country. There is a need to reduce dependence between private and public parties and the media should be given more freedom to expose corrupt practices. And the government needs to show that the campaign is not driven by political agendas.

Still, the anti-corruption drive -- the longest and most systematic in Chinese history -- is changing the way public officials do business. Any sensible official will now think twice before accepting a bribe.

So here's my prediction. In 10 years time, the CCP will still be in power, and public officials will be less corrupt. I just hope we can resume our departmental parties.

Daniel Bell is chair professor of the Schwarzman Scholars program at Tsinghua University and director of the Berggruen Institute of Philosophy and Culture. His latest book is "The China Model: Political Meritocracy and the Limits of Democracy" (Princeton University Press, forthcoming June 2015).

PHOTO GALLERY
Who's Who In The Bo Xilai Scandal
Download
Calling all HuffPost superfans!
Sign up for membership to become a founding member and help shape HuffPost's next chapter
Join HuffPost 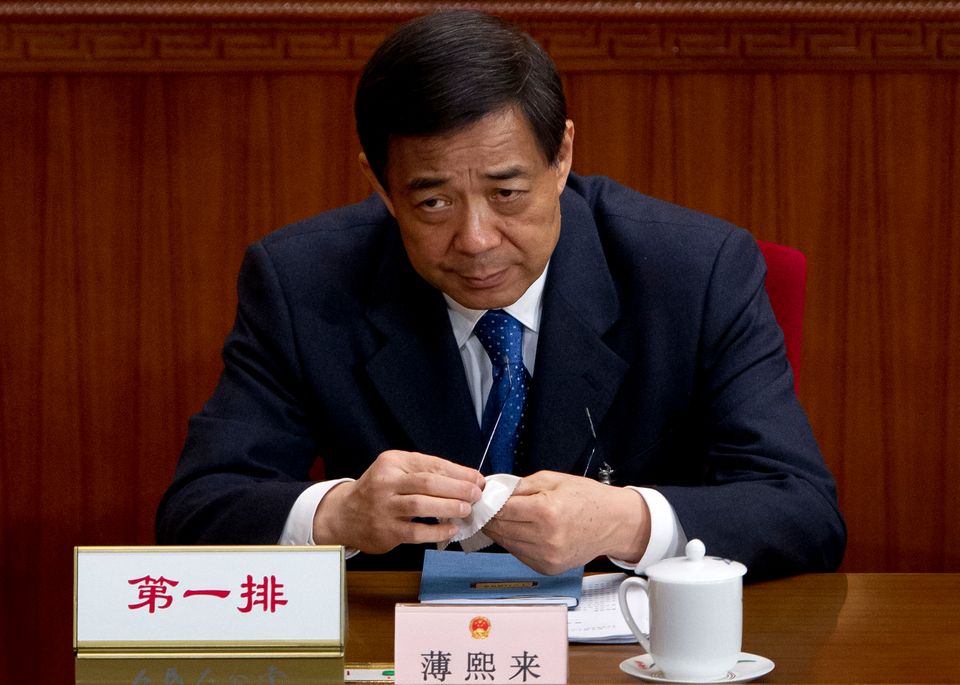 1 / 5
Bo Xilai
Until his ouster, Bo was the Communist Party chief of the mega-city of Chongqing and one of the country's most prominent political figures. The telegenic, media-savvy politician rode to nationwide fame by waging an anti-mafia crackdown and organizing mass sing-alongs of Communist Party songs. But his publicity-seeking ways and his revival of Mao Zedong-era radical campaigns alarmed many in the political elite. The son of one of the Communist state's founding fathers, Bo was already in the party's 25-member Politburo and before the scandal was seen as a contender for an even higher post. Rumors had also swirled about the Bo family's wealth and the shenanigans of his son. Bo is standing trial for bribery, embezzlement and abuse of power. <em>In this March 11, 2012 photo, Bo Xilai, former Chongqing party secretary wipes his glasses during a plenary session of the National People's Congress at the Great Hall of the People in Beijing. (AP Photo/Andy Wong)</em>
AP