SHANGHAI -- Lately the U.S. has issued some pointed remarks in regard to China's reclamation activity on some of its islands in the South China Sea. It is not impossible to understand some of the American apprehension, especially over how China would use its expanded capacity. The U.S. has long been keen on the freedom of flight and navigation in international space and water and is thus wary of the implications of China's reclamation. Such issues have prompted both countries to set up some 90 official mechanisms to channel respective concerns and to promote cooperation. The upcoming U.S.-China Strategic and Economic Dialogue this summer and the following summit in September in New York are top-level dialogues for such exchanges.

In this regard, it is unhelpful to issue threats by challenging China's buildup of islands through sending American warships or spy planes into the airspace and those waters within 12 nautical miles of the expanded islands. It is upsetting that the Pentagon dispatched its Poseidon P-8A naval reconnaissance plane to some of these reclaimed islands on May 20.

International law has not prohibited the reclamation of land or islands from the sea. For instance, Shanghai has expanded greatly since the Song Dynasty by reclaiming land from the sea. Songjiang, now a part of internal land here, used to be coastal many centuries ago. Such reclamation has been continuing all the time. Japan has built Kansai International Airport through reclamation, Hong Kong has done similarly for its current airport and Dubai has engineered its famous World Islands projects for leisure purposes. Certainly they have expanded their territory and gained associate benefits. Contemporary international maritime law doesn't disallow such activities.

Maritime reclamation has been a part of our life. For a long time, Japan has been fortifying the Okinotori Islands and demanded an exclusive economic zone derived from its fortified structure. However, America has been silent on this. For a similarly long time, Vietnam has reclaimed and expanded some of the islands of the Spratly under its occupation, earlier than China is doing. Again, America has made no real objection.

It should be noted that China and Vietnam have disputes over some of these islands in the South China Sea. China has claimed that it owns all islands/islets on its side of the U-shaped line and it thought that decades ago Vietnam had agreed with China's claim, made at the time when Hanoi needed China's support for its independence and unification fight with France and the U.S.

Last year China submitted to the UN its evidence of Vietnam's past admission of China's sovereignty over the entire Spratly and Paracel islands. China has difficulty with Vietnam's negating its past commitment and present occupation of some of them and subsequent reclamation.

Despite this, China has joined the Declaration On The Conduct Of Parties In The South China Sea with all ASEAN members, committing to using peaceful means only to settle disputes. Lately Beijing has embarked on a process of preparing for negotiating the Code of Conduct on the South China Sea with the aim of eventually concluding a multilateral, legally bound framework of resolving disputes peacefully in the region.

Clearly, China's handling of the disputes has shown its intent to maintain peace and tranquility collaboratively in the South China Sea. It is notable that, per the UN Charter, countries have the right of self-defense to protect national sovereignty and territorial integrity, with or without specific UN authorization. China is willing to abide by higher standards so as to resolve international disputes through cooperation.

However, it is unlikely that China can expect Vietnam and other claimants in the region to yield on the disputed islands/islets that they have already occupied. Consequently, China will be less able to manage the South China Sea when its business vastly blossoms in the area.

As with many other ocean-going countries, China's sea-based transportation heavily taps the South China Sea. Its fishery business also heavily depends on this region, as has been the case for over 10 centuries. Lately China is also advancing its offshore oil drilling capacity. All these would demand China to secure alternative physical base to protect its legitimate maritime interests there, either to maintain civil maritime order, or to keep watching the regional development.

America is surely gauging the strategic impact of China's buildup. It is anxious about China's rise and keeps watching all the time. In a similar vein, China needs to watch how the U.S. is watching, and its South China Sea-based reclamation will be helpful in this regard.

Legally speaking, the U.S. cannot stop China's buildup, but it will not honor the territorial space and water China claims. In the words of a U.S. official, "China cannot build sovereignty." However, China does acquire sovereign space and water as long as it has the sovereignty of an island, and international law does allow attaching additional structures connected with the island. The U.S. may argue that China's reclamation doesn't add to its chance of an exclusive economic zone, but it cannot deprive it from acquiring territorial space and water.

To ease the U.S. concern, China is taking a number of public stances.

First of all, it pledges not to threaten the freedom of navigation in and flight over the South China Sea.

"China welcomes the U.S. and other countries to make use of the facilities it will build."

Secondly, it has committed to offering public goods of weather forecasting and maritime rescue in the region with its reclaimed capacity. China welcomes the U.S. and other countries, as well as international organizations, to make use of the facilities it will build, so as to advance cooperation on humanitarian aid and disaster relief. After all, there are many ways to dispel suspicion and build trust other than by sending a warship or spy plane into the contested space and water in the name of free navigation or innocent passage, either to invite a fiasco or test respective ability to deescalate at the last minute. 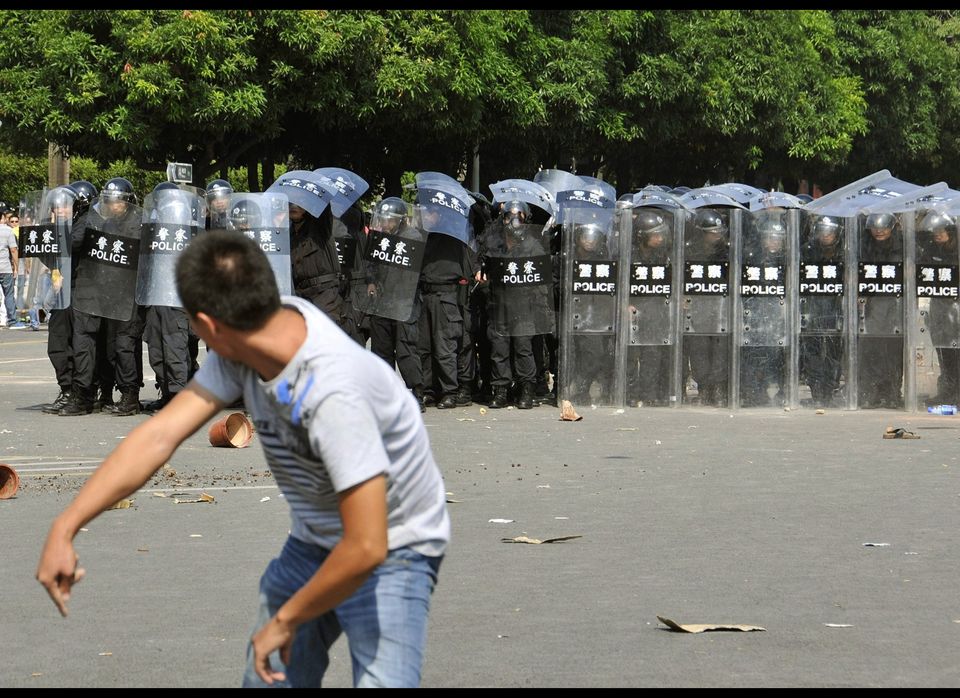