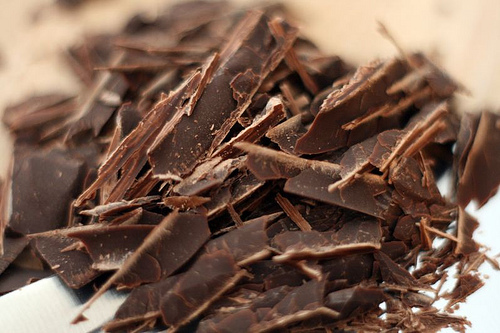 Theobroma Cacao, the Latin name for chocolate, means "Food of the Gods" for a reason. Dark chocolate has a long history of use as a healing plant, a mood enhancer, and even an aphrodisiac. So if you've got a thing for chocolate (and we don't mean the junk chocolate in candy bars and sweet desserts), you're in luck: You can use high quality chocolate to upgrade your performance and your favorite recipes.

Chocolate Does Good Stuff You Didn't Know About

You've probably read that chocolate affects your brain by causing the release of the "happiness neurotransmitters" -- serotonin, dopamine, and endorphins. Like coffee, chocolate is also a potent source of polyphenol antioxidants.

But experienced chocolate hackers also know chocolate is a useful tool for improving performance in lesser-known ways. Cacao exerts a systemic effect on the body, with benefits ranging from improved healthy blood flow and cognition to beneficial changes in gut bacteria! Here are some of the most important benefits of chocolate (besides taste).

1. High pressure mood improver
Eating chocolate can improve your mood and, according to this study, it can give you a mood boost even in stressful circumstances. Participants in this study that had a cocoa flavanol drink before a sustained attention test had overall better cognitive performance and reported less "mental fatigue" than the control group.

2. Chocolate makes you eat less
One of my favorite effects of chocolate consumption is reduced appetite. One study showed that eating dark chocolate two hours before a meal led to a 17 percent lower calorie intake at the following meal, compared to the milk chocolate group. (I'd imagine that it's because the casein in milk binds to the polyphenols in chocolate, making them unavailable to your body.)

One study even found the particular cacao flavanol epicatechin to be responsible for the rise in nitric oxide, which is essential for vascular health. Bioavailability of nitric oxide is an essential determinate of vascular health as it regulates dilation tone, signals cell growth and inflammatory response, and protects blood vessels from clotting.

Another cool thing chocolate does is help you maintain healthy skin by regulating healthy blood flow. In one study, two groups of women consumed either a high flavanol or low flavanol cocoa powder for a period of 12 weeks. While the low flavanol group showed no change in markers of skin health, subjects in the high flavanol group had on average 25 percent reduction in UV-induced erythema (sunburn) after exposure to a solar simulator.

5. Chocolate is a prebiotic!
While many studies assume that it is the cacao polyphenols acting directly to modulate biomarkers, it is most likely the case that at least some of the effect is indirect, and comes from the interaction with our gut microbiome. Research suggests that cocoa flavanols with a low molecular weight, such as epicatechin and catechin, can be absorbed directly into blood circulation (unless you mix them with milk). This is not the case for the larger polyphenols. In this case, microflora in the colon work to break down high molecular weight polyphenols, so that the smaller secondary metabolites may circulate throughout the body.

If gut bacteria are feeding on the larger cocoa polyphenols, this will alter the composition of the intestinal microbiome. In fact, one study discovered a beneficial prebiotic effect of high flavanol chocolate consumption. Participants saw a significant increase in bifidobacterial and lactobacilli populations, as well as significantly decreased clostridia levels.

Last, but certainly not least, cacao can enhance the creation of new mitochondria! Chocolate contains the flavanol epicatechin, which is responsible for mitogenesis. In one study, epicatechin given to senile mice shifted numerous biomarkers towards those of young mice. In another mouse study, treatment with epicatechin improved exercise performance by about 50 percent and enhanced muscle fatigue resistance by about 30 percent.

Theobromine 101: The Magical Molecule In Chocolate

Dark chocolate and coffee are both rich sources of polyphenol antioxidants. Chocolate also contains theobromine, a molecule that acts like caffeine. Theobromine is the primary alkaloid in cocoa and gives your mind and body a boost in several different ways. Here's some cool things about theobromine and chocolate that you may not have already known:

What To Do With Chocolate

This is one of my favorite questions to answer! Your options are practically limitless, but here are some places to get started: 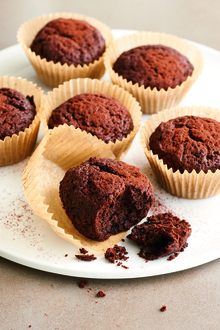 If you use erythritol, watch for its endothermic (strongly cooling) reaction with the proteins in the egg, which drops the temperature of the mixing bowl by about 20 degrees! If sweet rice flour is not available, just omit it; don't substitute regular rice flour, which will make the cupcakes taste gritty.

The upcoming book, Bulletproof: The Cookbook has even more Bulletproof dessert and dinner recipes that require high quality chocolate.

What are your favorite ways to cook with chocolate?

Author of The Bulletproof Diet and Inventor of Bulletproof Coffee. Entrepreneur turned biohacker who spent $300,000 to hack his own biology.