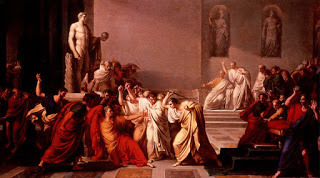 Civility is a tightrope walker. It's a word that connotes the kind of obligatory manners that are tantamount to hiding the truth or it can be an overarching principle that transcends subjectivity and that has its own epistemic truth. For instance, shock jocks like Howard Stern claim to be saying what everyone's thinking. That's the same tune Donald Trump is playing. When he talks about keeping Muslims out of the country until further notice, he's merely iterating what others are too afraid to express. When he throws out insults about women nursing babies, having periods or using the toilet, he's simply indulging in harmless bathroom humor. However, what's missing in these kinds of outbursts is civility. From the point of view of cognition, civility is a concept that allows us to give even our foes and opponents full breadth as human beings--despite the fact that they may have opinions which differ from our own. You can win the battle and lose the war (as we well know from Iraq). Denigration can indeed reduce an opponent's power, if it is done artfully, in a debate. But at the end of the day, we exist in a polity--a country, city or state that reflects the fact that we're social animals. That's where the word politician comes from. Thus if we continue to seek feelings of triumph and power, placing civility to the side, then we have made our own bed and must sleep in it. Caesar sought triumph over accommodation and even his close friend, the thoughtful Brutus, eventually turned on him.

"The Death of Caesar" by Vincenzo Camuccini