People of a certain age probably remember when it happened. The Cuyahoga, which runs through northeastern Ohio and outlets into Lake Erie in Cleveland, was heavily contaminated -- so much so that stretches of the waterway contained no life at all. It was thick with pollutants; Time magazine called it the river that "oozes rather than flows." The ooze ignited on June 22.

That fire wasn't the river's first. It was approximately the 13th time the river's surface had burned. But the conflagration in 1969 was the last time.

There's a simple explanation why. Three years later -- 39 years ago today -- the Clean Water Act became law, inspired in part by the Cuyahoga fire and over the veto of President Nixon. No longer could companies dump pollutants into waterways; no longer could states turn a blind eye to their doing so. 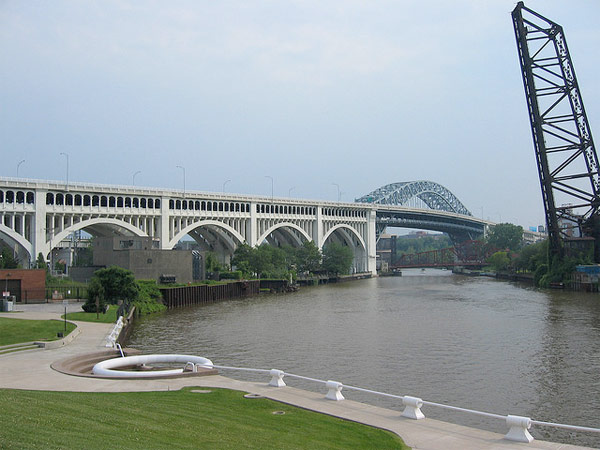 But three years after the Clean Water Act passed, public investment in water infrastructure as a share of our gross domestic product had peaked. As the decades have passed, we've invested less and less in our water infrastructure. At this point the EPA estimates that in order for America's water systems to be able to operate without sewage overflows or contamination, we'd need to invest $188 billion dollars.

Here's the thing: we can't afford not to. Each year, enough untreated sewage is released into America's waterways to cover the entire state of Pennsylvania in sewage one inch deep. Spending the money to prevent those overflows would pay off: adding over a quarter of a trillion dollars to the economy and employing nearly 1.9 million people.

Unfortunately, this isn't the direction we're headed. The Clean Water Act, never popular with polluters, is coming under increased attack. A still-stagnant economy is the perfect opportunity for those who think it's easier to dump pollutants in our rivers than to dispose of them properly. The polluters, and their allies in Washington, are fighting hard to curtail the Clean Water Act, using the now-hackneyed argument that having to clean up their messes costs jobs.

As Consumer Product Safety Commissioner Robert Adler wrote in yesterday's New York Times, regulations like the Clean Water Act don't increase costs. They determine who absorbs them. Polluted waterways have a cost that's borne by local residents whose health is impacted and by those like fishermen who rely on the waterways for their businesses. The Clean Water Act insists that the polluters pay those costs. Not us.

We have a choice. America can either improve our water systems (click to see how!) or we can weaken them. We can either create jobs or increase the profit margins of polluters. We can build from the success of the Clean Water Act -- or we can revert to a time when our rivers were so polluted that they were flammable.

It shouldn't even be a question.