Public opinion on the topic of climate change is notoriously fickle, changing -- quite literally sometimes -- with the weather. The latest bit of evidence on this: Yale's April 2013 climate change survey, which found, among other things, that Americans' conviction that global warming is happening had dropped by seven points, to 63 percent, over the preceding six months. The decline, the authors surmised, was most likely due to "the cold winter of 2012-13 and an unusually cold March just before the survey was conducted."

A far smaller percentage -- 49 percent -- understood that human activities are contributing to the problem.

People and surveys being what they are, these numbers tend to jump around a bit from year to year. At the same time, 49 percent is nearly half the country, so it wouldn't be excessively cheerful (would it?) to note that half of the American public is more or less in harmony with basic science -- at least as it relates to climate change and the role carbon dioxide emissions play in exacerbating things. Given that roughly the same number of Americans flatly reject evolution, the climate numbers represent a comparative bounty of enlightenment.

That's not something you hear very often when it comes to surveys of Americans. Delving deeper into the textbooks, for instance, another recent study showed that less than half of population was clear on whether atoms are smaller than electrons, or whether lasers work by focusing sound waves. In this light (ahem), the larger consensus on global warming is notable. (Answers on atoms and lasers appear at the end of this column.) 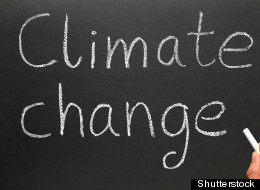 But a far more troubling metric from Yale's latest poll suggests that only 42 percent of Americans believe that scientists are in agreement on climate change. A full 33 percent of respondents are convinced that there remains "widespread disagreement" among scientists on the issue. This is a problem -- both because it is so at odds with reality, and because it likely helps prevent more Americans from recognizing and accepting some pretty straightforward scientific realities.

It is this reason that prompted a team of researchers to painstakingly comb through the abstracts of more than 12,000 scientific articles published between 1991 and 2011 to determine just how much scientific agreement exists on the subject of climate change, and humanity's role in driving it. The team was led by John Cook, a Climate Communication Fellow for the Global Change Institute at the University of Queensland and the founder of the climate change education web site SkepticalScience.com.

The results, published Thursday in the journal Environmental Research Letters, were clear: of the more than 4,000 abstracts that had anything to say about human-driven climate change, 97 percent endorsed the notion. A little less than 3 percent either rejected the idea or remained undecided.

"There is a gaping chasm between the actual consensus and the public perception," Cook said in a statement accompanying the study's release. "It's staggering given the evidence for consensus that less than half of the general public think scientists agree that humans are causing global warming. This is significant because when people understand that scientists agree on global warming, they're more likely to support policies that take action on it."

In a follow-up email exchange, Cook said that the evidence for consensus on the topic among individual scientists was even stronger, given that more researchers were listed as co-authors on papers endorsing the idea of human-driven climate change -- technically called "anthropogenic global warming," or AGW for short -- than on papers that rejected it.

"Consequently," Cook said, "among the 10,000 scientists who had expressed a position on AGW in the peer-reviewed literature, 98.4 percent endorsed the consensus."

The study, which is also outlined in detail (and with colorful slides) at The Consensus Project, is the latest in a long line of meta-analyses seeking to debunk the relentless and apparently potent talking points of naysayers who argue that scientists continue to disagree on the matter. Last year, the free-market and right-leaning Heartland Institute financed a series of billboards in Chicago comparing those who understand and accept the basic science on global warming to unsavory characters like convicted murderer Charles Manson, Cuban dictator Fidel Castro and the Unabomber, Ted Kaczynski.

"The point is that believing in global warming is not 'mainstream,' smart, or sophisticated," the organization wrote at the time. "In fact, it is just the opposite of those things."

Studies like Cook's, which revisits a well known and similarly conducted 2004 review of the scientific literature by Naomi Oreskes at the University of California, San Diego, provide clear evidence that messages like Heartland's -- besides being rather boorish and odd -- are bunkum. Scientists are no more divided on the basic mechanics of the greenhouse effect than they are on questions of evolution (sorry folks) or other elementary concepts.

Sure, there's ample room for debate on the particulars: How hot will the planet get? How quickly? How will our various ecosystems, from forests and oceans to vast tracts of tundra and polar ice, respond to rising temperatures, and how will these responses feed, in turn, into the incredibly dynamic and interactive machinery of our climate? And then based on all this, what the hell should we do about it? These are all questions without precise answers, and they are providing rich and important territory for scientific investigation as well as social, political and economic soul searching.

What's not a matter of debate, however, is that human beings are pumping lots of carbon dioxide into the atmosphere at an unprecedented rate -- mostly from the burning of fossil fuels. That's trapping heat and driving up average surface temperatures across the planet, which in turn is spurring regional changes that we are only now beginning to understand. On these points, virtually all climate scientists agree.

A famous 2009 study published in the Proceedings of the National Academy of Sciences came at the question of scientific consensus from an entirely different angle, but arrived at nearly identical results. That study reviewed public statements made by scientists of any kind about anthropogenic global warming, and then identified which of those scientists had published peer-reviewed climate research -- this as a way of weeding out those who publicly reject human-driven global warming but have no formal expertise or training in climate science, like these folks.

Among the nearly 1,000 most actively published climate scientists, that analysis found that between 97 and 98 percent supported the basic tenets of human-driven climate change -- a very similar result to the one published Thursday by Cook and his colleagues.

"We want our scientists to answer questions for us, and there are lots of exciting questions in climate science," said one of Cook's co-authors, Mark Richardson of Britain's University of Reading, in a statement accompanying the release of the study. "We found over 4,000 studies written by 10,000 scientists that discussed whether recent warming is mostly man-made," Richardson said, "and 97 percent answered 'yes.'

We can't possibly expect to agree on everything. Should there be subsidies for cleaner forms of energy, or a stiff tax on carbon pollution, or both? Or do we simply wait it out in the hopes that necessity -- in the form of rising seas, more destructive storms, choking droughts and other climate-related freakishness -- will drive invention and save the day? For my money, an ounce of early prevention would seem worth a ton of cure further down the line, but I understand the differing opinions.

What's far more clear -- and indeed, what is a virtual certainty among scientists -- is that we've got a problem on our hands, and we're going to have to deal with it sooner or later.

So if you count yourself among the 49 percent of Americans who believe that climate change is happening, and that we're playing a key role in it, give yourself a gold star. The planet's best and brightest scientific minds agree with you.

And if you weren't sure whether electrons were smaller than atoms (they are), or that lasers work by focusing light, not sound, well, take heart: Scientists have got your back. See the science and technology survey published last month by the Pew Research Center and Smithsonian magazine for more.