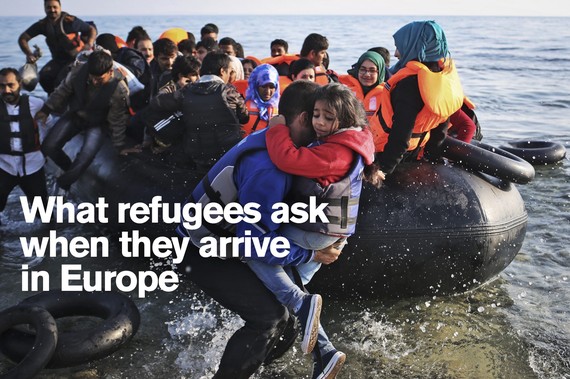 Some of the most common questions aid workers get are also the most unexpected.

Hundreds of thousands of people fleeing war-ravaged Syria and other countries in crisis are making desperate choices to seek safety in Europe. More than half of them are landing by boat on the Greek island of Lesbos.

Every day, International Rescue Committee staff members greet thousands of refugees arriving on the island, providing them with reliable information and guidance -- commodities as valuable as food and shelter. Most of these new arrivals, while thankful for reaching dry land safely, are exhausted, wet and frightened. IRC counselors, social workers and translators do their best to address their concerns and answer their most pressing questions.

Below are the 10 most frequently asked questions:

Refugees are often forced to steer the flimsy rubber dinghies to Lesbos themselves, after they've been abandoned by smugglers on the coast of Turkey. Few have ever piloted watercraft of any kind and the motors are unreliable and frequently run out of gas. Refugees who make landfall often do not believe they have arrived on Lesbos until they see the Greek flag. 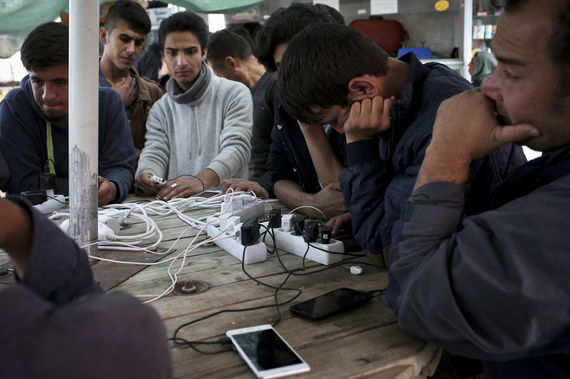 Connecting with family is a top priority for newly arrived refugees who want their loved ones to know they are safe. IRC staff direct people to cafés and restaurants that provide WiFi free of charge. Because refugees use their mobile phones to navigate routes through Europe, we advise them on locations where they can purchase SIM cards and recharge their phones. 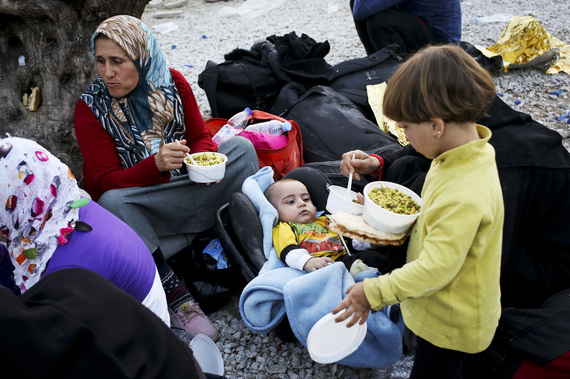 3. Where can I buy food and water?

Many refugees were successful professionals before fleeing their homes and arrive on Lesbos with money -- they do not expect handouts. (When IRC staff or local volunteers distribute free water in Kara Tepe camp, a stopping point for refugees, people often insist on paying for it.) The IRC provides the location and time of occasional food distributions, but generally we direct people to local food trucks and restaurants in nearby towns. 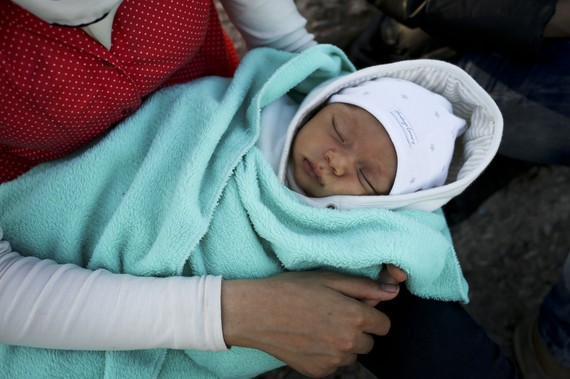 4. Where can I breastfeed my baby?

The IRC directs mothers to designated tents in refugee camps on the island. Other organizations are currently looking at establishing permanent areas where mothers can comfortably take care of their children. 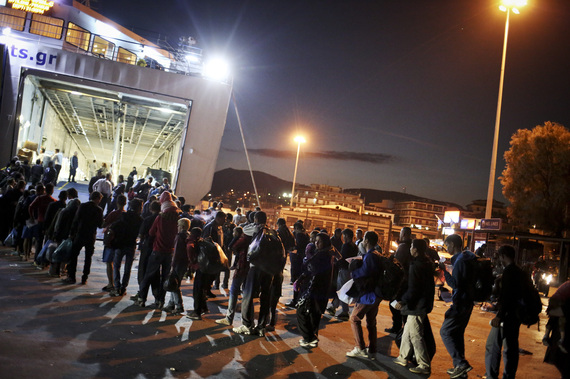 5. Where is the bus to Germany?

Lesbos has become one of the main entry points for refugees looking to find refuge in countries like Germany and Sweden. Before being able to travel further into Europe, people must take a 20-minute bus ride to Molyvos, a city in the north, where they can board another bus to Mytilene, the capital. There they must register with Greek officials before purchasing a ferry ticket to Athens to continue their journey. We provide information on what people should expect when crossing borders to other countries like Hungary and Austria. 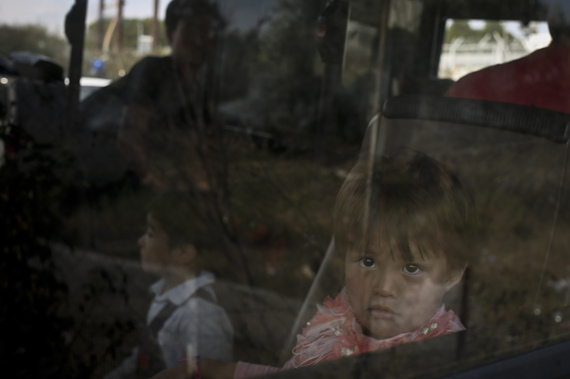 Refugees cannot hire a taxi until they are registered, nor are locals legally allowed pick up refugees in private cars. We often get this question in the north near Molyvos where there is no registration. We provide emergency buses for refugees to the capital where they can start the registration process. 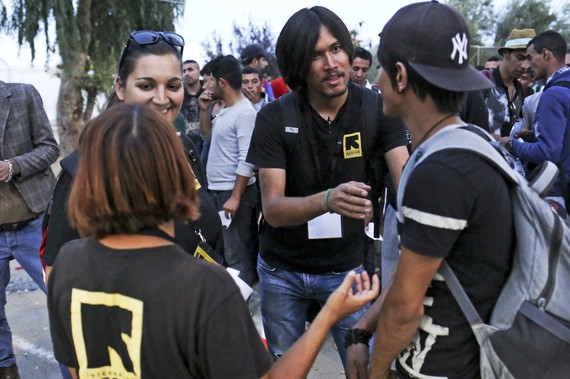 The IRC works closely with local officials, the United Nations refugee agency and other organizations to stay on top of the always evolving process. We explain to refugees that they must have their passports verified, that they will have their photo taken, and that they will be fingerprinted before obtaining the necessary travel papers required to purchase a ferry ticket to Athens. 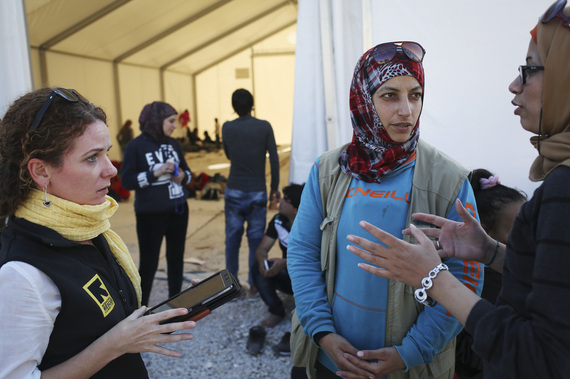 8. Why am I being fingerprinted?

Many refugees do not intend to seek asylum in Greece. European Union law (specifically, the so-called Dublin regulation) requires that asylum claims be processed in the country of first arrival. The sheer amount of people arriving in Greece and traveling on to Europe has made this rule too cumbersome to enforce.

Nevertheless, refugees fear that being fingerprinted in Greece means they will be confined to the country or eventually sent back there. We explain to people that fingerprinting is an important security measure meant to enhance their own safety and address other concerns. 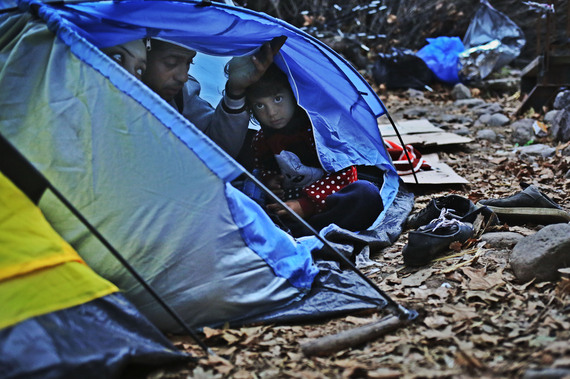 9. How long must I stay here before I can leave?

Refugees are free to leave Greece once they receive travel papers, but many grow anxious when they see people staying in tents on the island. We explain that the tents house people waiting for a ferry to Athens, and that it is common to wait 24 hours before they can continue their journey. 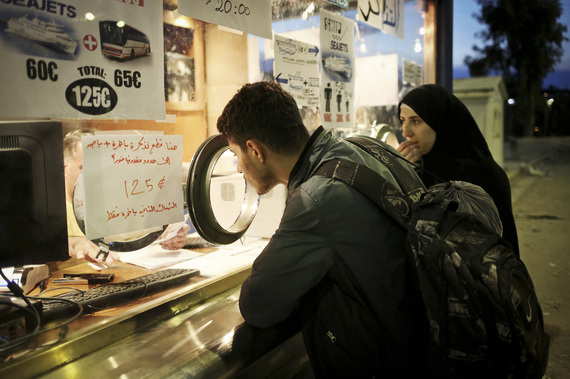 Most refugees carry U.S. dollars or Turkish lira. To buy ferry tickets and other things they need, they must exchange currency in a bank -- but only after they register. Unauthorized moneychangers charge exorbitant rates or fees to break large bills. The IRC advises refugees to use banks and cautions new arrivals about fake money.

Nearly 60 million people have been forced to flee their homes by war, conflict and persecution -- more lives uprooted than at any time since World War II. Produced by the International Rescue Committee, "Uprooted" keeps the spotlight on the individual human beings behind the tragic numbers in this global refugee crisis.