Universal changed "Couples Retreat" marketing material for the film's UK release, and removed the black actors from both the poster's photo and the list of stars typed out.

The film, which features four couples who go on vacation together, costars Faizon Love as a divorced man who takes his new girlfriend along, played by Kali Hawk.

Below are the UK (left) and the US (right) poster.

The Mail on Sunday reports:

The studio said it regretted causing offence and has abandoned plans to use the revised poster in other countries... A Universal spokesman said the revised advert aimed 'to simplify the poster to actors who are most recognisable in international markets'. 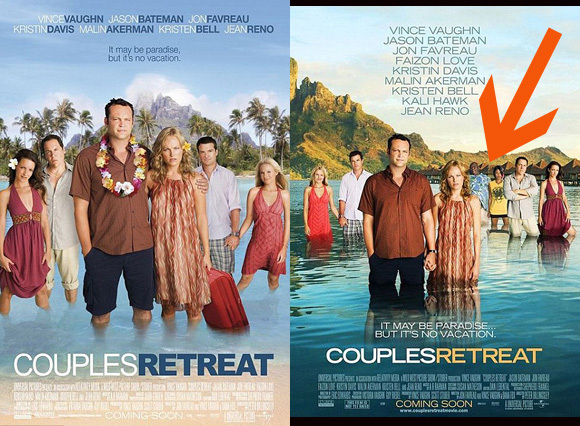