The older we get, the harder it may seem to be silly. Sure, you can get down on your hands and knees (hopefully) and kid around with your grandkids. That child's play may, however, seem too undignified for you to engage in around your work buddies or maybe even your neighbors. After all, once you're past that certain age, you need to appear dignified, right?

It turns out that being silly may benefit your creativity, though, in ways you didn't realize. Silliness is more than a set of behaviors; it can be a state of mind. In fact, some silly ideas can provide important breakthroughs. You and your partner are trying to figure out how stop the squirrel from stealing the birdseed at the feeder. Going online, you find a top 10 listof ways to keep the squirrels away. Number 10 on this list is to seek counseling, which may a little extreme, but there are some other pretty silly ideas on there which might actually work. Who knows, perhaps you've thought of your own solution that seemed ridiculous at the time, but is now keeping you and your birds happy (and not in need of counseling).

Using the oxymoronic term "clever sillies," Finnish anthropologist Edward Dutton teamed up with Dutch psychologist Dimitri van der Linden in a study of the minds of the truly creative. A clever silly idea is one that may ultimately prove to be the best idea of all even though it seems not to make sense at all at the time. The inventor of the idea argues mightily for it, and eventually even persuades some followers to fall in line.

Those people who come up with the silly ideas, Dutton and van der Linden, maintain, have certain personality traits. They're non-conformists who are willing to take risks. The followers are just that, going along with someone else's novel ideas and therefore not really distinguishing themselves in any particular.

The history of great ideas is littered with many that, when they were proposed, qualified as silly but ultimately proved to be correct. Kierkegaard, Nietzsche and Marx are examples of clever silly originators. High on "psychoticism" (tendency to have unusual ideas) they are also high neuroticism, or a tendency to be anxious and worried. They are also above average in intelligence. These qualities allow the originators to originate, showcasing their abilities and creativity, and be willing to risk ostracism or rejection by others to achieve their long-term goals of success in the world.

If you're a follower, not an originator, then your personality should include your being open to new ideas, high on empathy, and fairly neurotic. You'll be agreeable, conscientious, and most likely high on intelligence as well. Dutton and van der Linden believe this describes the average academic because "the personality profile predicting academic success also seems to predict ideological conformity." However, it's not bad to be open to new ideas even if you don't come up with them in the first place. If you're willing to experiment with those silly squirrel solutions, you might be surprised at the outcome.

Coming up with silly ideas in the context of your everyday life may not involve such grand rethinking of philosophy as the examples used by Dutton and van der Linden, then. However, when you do want to suggest an idea that you're pretty sure no one else will have thought of, it may be at the cost of looking at least temporarily out of sync with everyone else. Being able to explain your idea in compelling terms will help you gain followers, though, causing your stock to rise in the group. In other words, don't just throw a bunch of random zingers out there. Be prepared to back them up if you truly believe in their validity.

Go ahead and let your mind wander to the silly. As people sink into their routines over the decades, it's easy to become stale. Playfulness may just be the antidote you need to keep your well-being, and mind, in top form.

PHOTO GALLERY
Writing A New Chapter: The Many Faces Of Modern Retirement
Download
Calling all HuffPost superfans!
Sign up for membership to become a founding member and help shape HuffPost's next chapter
Join HuffPost

Keep Yourself Creative By Trying Some Silliness
Writing A New Chapter: The Many Faces Of Modern Retirement 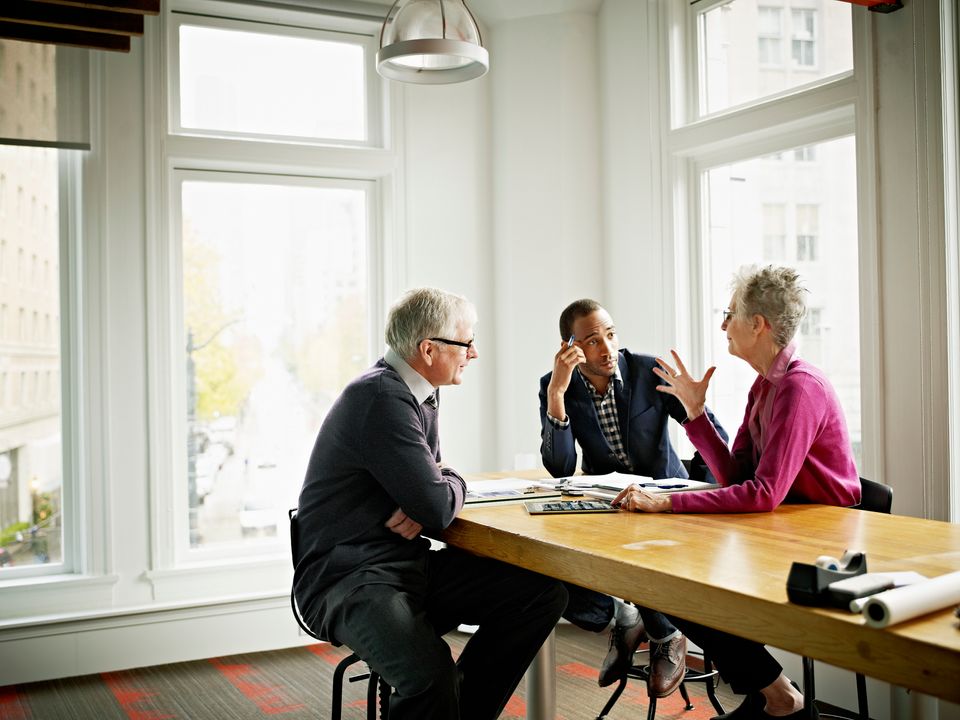 1 / 5
<strong>Go back to work</strong>
As the average Canadian’s lifespan increases, so does the number of retired workers coming back for a second crack at the job market. According to the Canadian Chamber of Commerce, 37 per cent of retirees older than 55 years of age returned to the workforce in some shape or form in 2013. Sixty-three-year-old <a href="http://www.theglobeandmail.com/globe-investor/advisers-view/retirees-keeping-one-foot-in-the-work-force/article19727799/" target="_hplink">Joanne Campbell</a>, after a 40-year long career in marketing, returned to Algonquin College to teach online marketing courses. It gave her the freedom to continue to work part-time, 15 to 20 hours a week, while giving her the freedom to travel and visit friends. Living proof that if you love what you do, your job never does feel like work.
Getty