On Friday, May 30, 2014, I found out I had Stage 4 lung cancer. People in my condition generally don't have long to live, and treatment is now limited to making the next year more bearable. There are other options that may be discussed later, including experimental treatments, and I'm staying optimistic, but frankly, I think I know where I stand.

Four years ago, in the summer of 2010, we were at Bethany Beach, and everyone was having a great time. Our family and some friends were building sand castles, going in and out of the water, and just relaxing in general -- everyone except anxious old me. I had hundreds of unread emails and dozens of ideas for blog posts I didn't have time to write, and I was surrounded by too much sand and not enough coffee. I tried to pretend I was having a good time, but people could see I was out of my comfort zone, and worse, that I didn't want to be there.

That was a good day, since once you make that decision, man... You're in Heaven every single second of your life. And it went on and on, and things only got better, because I made a conscious decision one summer day, on the drive home from Bethany Beach, and was able to repeat that decision subconsciously from that moment on. It made the difference between a living Hell, where I was always behind, always unhappy, and always unfulfilled -- always a step behind on my writing, my relationship with my wife, with my friends, and with my kids, and a living Heaven, where even if I had wanted more out of life, I also knew I had it all.

I believe in Heaven on Earth, and I believe it's found anywhere you seek it. Here's where I found it:

I found Heaven on long car rides with the kids. I could have felt bad about having to drive my kids back and forth to school for hours every day, but instead, I used those car trips to chat with my kids about their worlds and about mine, to introduce them to music, and to make up music with them, to talk about values as well as about nonsense.

And I found Heaven on the dirty floor of a basketball court. My then 2-year-old daughter used to finish the JCC preschool at 12, so we were stuck for hours, waiting for her brother to finish school before we could head back home. And those days of waiting with my girl will be remembered forever by me and hopefully by her. For 4 hours, we sat around and we shared lunch, and we went to a playroom at the JCC, where she made me plastic sandwiches and tea, and we raced to the basketball court and played basketball, which meant she was leading the parade of two by only stepping on the black line, and I was behind her, dribbling. She made up that game, calling it "Going to the birthday party." Then we would sit down on the floor in front of each other, spread our legs, and roll the ball to each other. Then she wanted to hug, so we hugged on the floor of the basketball court while people played around us. 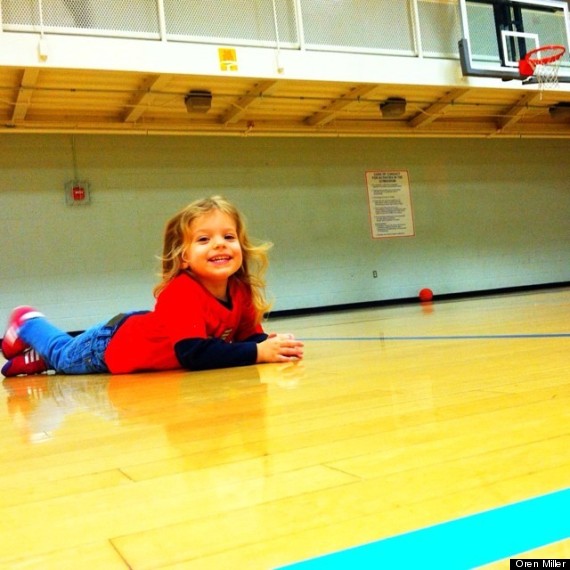 Even Heaven on Earth includes some caveats. We moved to a new house in March. It's a beautiful house. It's a dream house. It's the house where my kids will grow up, and it breaks my heart. I don't care about myself, I really don't. I've had the most amazing life anyone could ever wish to have, but there's one thing... There's one thing I would give anything for: watching my kids grow up.

I've raised happy kids. Sure, they sometimes whine, but in general, they're happy. They're my masterpiece: two loving, smart, intelligent, funny, happy kids. And I can't let that end. I can't allow them to grow up sad. I can't allow them to grow up with a hole in their hearts in the shape of the dad they barely remember. I want them to be happy. I want to be around to make them happy.

Should I complain, though? Should I cry out to the empty sky and say, "Why me?" Or should I feel that now, even now, especially now, a little confused, a little tired, and a little sad, I'm having the time of my life?

Whatever happens to my body in the next few months is still relatively unknown. Here's what we do know, though:

We know I'm the luckiest sonofab*tch who's ever walked this earth, and we know I will be loved until my last moment by people it has been my utmost privilege to know: by a wife I adore and two kids I'm in awe of every single moment.

Just let me make this request of you.

My girl -- she's a shy one. You'll see her play by herself sometimes, and you'll be tempted to step back and say, "She plays so nicely by herself!" Go to her. Play with her. She needs you.

My boy -- he's so freakin' sensitive. Everything you say will be remembered by him and analyzed for months in that genius head of his. Don't joke with him just to make yourself smile--you'll ruin him. Answer every question he has, or at least direct him to a place with answers. He likes to play and he likes to fool around, but you need to treat him like a grown up. He's smarter than I am, and he's probably smarter than you are.

And my wife -- just give her a break. Please, allow her to take a break. She's a type-A personality at work, but at home she's always just wanted to relax and have fun. Help her have fun. She'll want to take all the responsibilities over everything herself--don't let her. Tell her to relax. Tell her to take it easy. Help her enjoy life. And don't label her or limit her in any way. Don't use the W- word with her. She's not that word. She's not an easy simplification. You know who she is? She's the daughter any parent could wish for, and the mother any kid would long to have. Although I've stayed home and took a great share of the credit for raising these amazing kids, nothing could have been done without her. And she'll continue to raise them, and they will continue to grow and be even more amazing teens and adults because of their mother.

And she's the woman of my dreams. 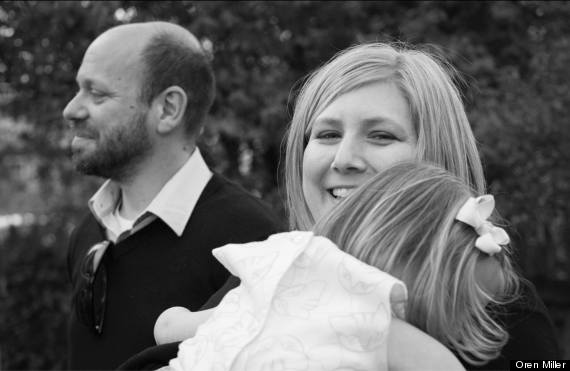 From the editors of HuffPost Parents: Oren Miller passed away on Saturday, February 28. We know his memory will live on in the hearts of everyone he touched with these beautiful words.

Learn more about Oren and his family here.