In June 2013, Google launched a competition on Twitter soliciting bids from people interested in beta-testing its latest foray into wearable high tech. Since 'beta-tester' conjures up visions of bearded geeks in hoodies glued to their Retina displays, some marketing genius at Google coined the term 'Google Glass Explorers' and put a snapshot of a dusky model with pouty lips, a tousled mane, and a sleek band of titanium on her forehead, on the home page of Glass. 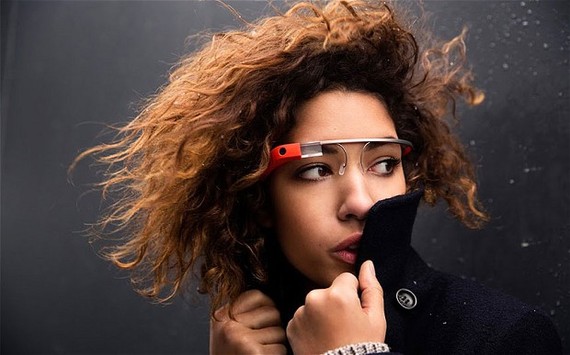 The world was invited to pitch its ideas to Google, appended to the hashtag #IfIHadGlass. The winners would have to pony up $1,500 for the privilege of membership in a highly exclusive club of early adopters, but were expected to drive everyone else mad with envy.

A year later, several thousand Google Glass Explorers find themselves roaming the earth, muttering "OK, Glass" and tapping their temples vigorously. And although Google can congratulate itself on effectively crowd-funding the development of its latest gadget, the demographics of its Explorer program and the blowback from its unfocused marketing strategy indicate a singular failure to engage the public imagination.

Geeks in hoodies still dominate the Glassian landscape -- as far as one can tell from the chatter on the online Explorers forum. (Ballet to the People may be the only Glass Explorer who dons a tutu to go to work.) Explorers are overwhelmingly male, and they avidly share their videos taken #throughGlass while jumping out of planes, stand-up paddleboarding, conducting orchestras, and other extreme sports. They test Glass' navigational powers while trekking through the Andes, and train medical students by livecasting surgical procedures. They give speeches using Glass as teleprompter, and surf the web hands-free while going through airport security.

But outside the Explorer community, intrigue over the transformative possibilities of this tiny but powerful computer has often given way to outrage over perceived invasion of privacy - particularly in San Francisco, where Google and other tech firms have become a symbol of corporate greed, their luxurious employee buses propelling us into an Orwellian future. Bars, strip clubs and a growing number of workplaces have banned Google Glass, and Glass Explorers have reported verbal and sometimes physical abuse. (Ballet to the People was assaulted by a vigilante at the Kennedy Center in Washington, DC, while photographing a lobby art installation. All around her, tourists and theater patrons were busy committing crimes against privacy with their smartphones, but the high-tech device over her eyes apparently marked her as Public Enemy #1.)

Had Google confined its Explorers beta-test to a handful of industries in which Glass could have the greatest impact -- medical science, empowering the disabled, law enforcement, workplace innovation, professional sports, and the performing arts come to mind -- it might have avoided much of the negative press and paved the way for a less turbulent commercial launch.

Google appears to have come to this realization rather late in the game: recently, it bestowed grants on five non-profits who will use Glass in their community outreach, and chose five technical development collaborators who will use it to innovate in the workplace.

The recent hiring of a fashion marketer to manage the Glass project in the run-up to its commercial launch may be an attempt to dispel the geek factor, though it is unlikely to tamp down the hysteria around Glass as spyware.

Does it matter whether the masses think Glass looks dorky? Businesses and governments are likely to embrace its transformative power. They will use Glass to conduct site inspections, forensic examinations and audits. They will use it to enhance the instant replay, to diagnose illness, to track and disarm explosive devices. Even if retail consumers show a lack of enthusiasm for slingshotting angry birds at swine #throughGlass, the technology still represents a multi-billion dollar business for Google.

Thus it is troubling that the company has done so little to address concerns about privacy intrusion -- apart from issuing a ban on facial recognition software, and publishing a feeble guide to Glass etiquette. Conspiracy theorists are having a field day.

Yet it is shortsighted to blame an ingenious advance in technology for a social ill that has been spreading since Al Gore invented the World Wide Web and tablets and smartphones became ubiquitous. Banning Google Glass will not stop creepy behavior, nor will it prevent the amassing of personal data by social media giants and the NSA. As long as consumers demand free web content and the ability to express themselves freely online -- in exchange for which they blithely hand over their personal data and their Instagrammed wedding photos -- they can hardly yell foul every time someone invents a handier device to facilitate the racket.

Perhaps the outrage over Google Glass will finally provoke a radical shift in our culture of surveillance, with consumers spurring tech companies to innovate in ways that reinforce civil society, and regulators who vigorously back consumers.

Amid the swirl of controversy surrounding Glass, Ballet to the People assembled four of the hottest young dance-makers in San Francisco to experiment with the technology.

Modern film techniques have whetted the perspective of the audience as voyeur, allowing the layering of fantastical effects that are impossible in the theatre. But until now, the dancer has always been the object of the viewers' gaze.

With Google Glass, we can, for the first time, integrate what the dancer sees into the work that she is performing. We can send text and audio instructions to the dancer via the tiny prism display on her forehead. We can send her visual inspiration, or deliberately disrupt her concentration.

Dexandro "D" Montalvo collaborated with his dancer, Babatunji Johnson, to convey the experience of dance from the eyes of a dancer, and the evolution of breakdance from gestures that implicitly mark out a dancer's social identity. Montalvo puts his dancer on the street, against the backdrop of a wall in the Mission District, which a graffiti artist has claimed as a canvas for his own self-expression.

Lauren Benjamin worked in the movement style of House Dance, whose freedom, positive energy and playful spirit to her evokes the qualities that children naturally bring to their exploration of the world. Hence her choice of a school playground setting - in contrast to the gritty, late-night, underground dance clubs where House Dance originated.

Robert Dekkers plays with the notion that we use technology to hide, to craft and project an image of ourselves. His dancers wear Glass to signify a partial revealing (and concealing) of one's genuine self.

As engineers continue to refine Glass, as business finds more ingenious applications for it, and as competitors debut other wearable computing devices, Google may shed its reputation as the North Korea of the tech world and Glass will win acceptance just as television did in a world previously dominated by radio. Dancers and dance filmmakers in particular will embrace Glass as an instrument that heightens their story-telling power.

Capture: Explorations with Glass features an original score by Daniel Berkman and cinematography and editing by Amir Jaffer.