"Human beings are basically a watertight envelope filled with fluid and a few bony bits. We need water. Plus, it's great for your skin. But the main reason the bottled water industry has exploded over the last decade isn't because tap water is unsafe. It's because, with the market for soft drinks basically flat, beverage manufacturers needed a new growth industry. They piggy-backed the chic of bottled water sold in restaurants in places like Europe (where the quality of tap water can sometimes be iffy) onto health worries of all kinds and mounted large advertising campaigns, complete with pictures of snow-capped mountains, pristine streams, and healing mineral springs.

And we bought it. 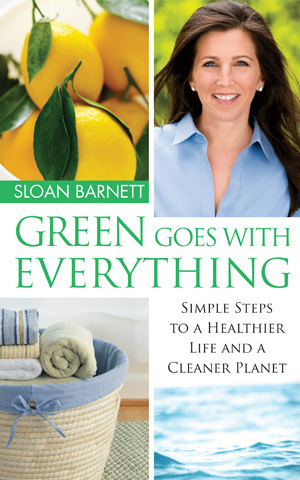 Big time. According to the International Council of Bottled Water Associations, in 2003, Americans spent nearly $8 billion buying 24.5 million liters of bottled water. That's roughly 90 liters, or almost 24 gallons per person. The Earth Policy Institute says that figure has risen to more than 30 gallons in 2007 at a cost of $9 billion."

So we are spending fortunes on bottled water that may not even be any better than tap water. Just last week the Environmental Working Group found that 10 popular brands of bottled water contained an average of 8 chemical pollutants in each and more than one-third of the chemicals found are not even regulated in bottled water. And here's the crazy thing: in some cases bottled water comes from the same place as tap water--a public water supply!!!!!

Now let's talk planet. Nearly a quarter of water bottles are shipped across borders--in planes, in trucks, in boats--emitting greenhouse gasses along the way. In addition to all the oil that is required for shipping, the plastic that holds the water is derived from crude oil. That's a lot of oil. In fact, Americans' demand for bottled water requires more than 17 million barrels of oil per year!

So what's wrong with us? It's not as safe, it's bad for our planet and it's clearly more expensive. It's just become a nation wide nasty habit. So let's all start today and SAY NO to bottled water. Done. Finished. Never again. The alternatives? Go buy a water filter pitcher or install a water filter in your house. Break down and buy one of those metal water bottles--I think that you'll find it's stylish these days to carry one around.