Something is killing endangered fin whales in Alaskan waters and scientists have no idea what it is.

Since Memorial Day weekend, boaters, fishermen and pilots have reported seeing dead fin whales floating in waters between Kodiak and Unimak Pass in the Kodiak Islands.

Using photos submitted with the reports, scientists at the National Oceanic and Atmospheric Administration in Juneau believe at least nine whales have died at the same time and place, south of Afognak Island in the Kodiak Archipelago. 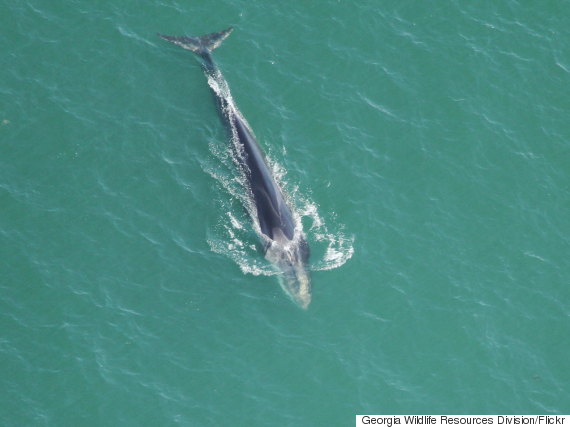 "It's an unusual and mysterious event," Kate Wynne, an Alaska Sea Grant marine mammal specialist and professor at the University of Alaska Fairbanks (UAF), said in a statement. Wynne, who is working with NOAA to investigate the deaths, says scientists rarely see more than one dead fin whale every two years.

Fin whales are the second-largest species of whales, often feeding in large groups that include other species, such as humpback and minke whales, as well as dolphins. Their only non-human predator are killer whales, according to NOAA.

The fact that the whale carcasses were intact rules out predation by killer whales, according to Wynne. Scientists now suspect the cause is related to something the whales ate. "It suggests that... a feeding group of fin whales ran into a toxin, or bio-toxin, [a] human caused, induced, toxin, something that they were exposed to together in a short period of time,” she told Alaska Public Media.

"There is no smoking gun in this environmental mystery," she said in a statement.

Fin whales feed in the summer on small schooling fish, such as herring and sand lance, by opening their wide mouths and filtering the food in through baleen plates.

Bree Witteveen, a marine mammal specialist with UAF who works with Wynne, told Alaska Dispatch News that the "go-to answer" is likely a harmful algae bloom. But even if evidence of one is found, "[w]e probably won’t ever get a definitive answer," she said.

Adding to the mystery is why just one species was affected and not their prey or other marine life.

In an email to The Huffington Post, Wynne said that a current water sampling from the area showed no biotoxins, but it might not reflect the conditions present a month ago when the event occurred. "It is hard to trace a source when dealing only with evidence in the aftermath," she said.

"Most whales that have washed ashore were already too badly decomposed to get the samples needed for many important analyses," she said, adding that an analysis of a biotoxin sample collected from the "freshest" carcass should be available next week.

With the exception of two that washed ashore, the dead whales are now drifting along both sides of Kodiak Island.