When the Houston Equal Rights Ordinance was defeated, the ostensible reason was that Non-Discrimination Ordinances (NDOs) which include gender identity allow criminals to pretend to be transgender in order to gain access to bathrooms for nefarious purposes, and that sexual assaults and rapes in women's rooms would increase. The problem is, absolutely nothing in that sentence is actually true.

It is illegal, regardless of whether an NDO is in place, to enter a bathroom to harm or harass people. When sexual predators do commit sexual assault in bathrooms, they don't need to pretend to be transgender and exploit NDOs to do so. People commit also acts of voyeurism with our without NDOs in place, and don't need to pretend to be transgender to do so either.

The Actual Numbers Make it Clear why Anecdotes are just Anecdotes

When looking at this statistically, it is pretty easy to understand why this is true statistically. Over the 35 year history of NDOs protecting transgender people all over the world, only one case of a person abusing an NDO and committing sexual assault (in Canada) has ever been found, even by those most interested in demonizing transgender people.

Think about that for a moment.

Every NDO, every person, every bathroom, every day, every trip to the loo, for 35 years, and it's happened once in the entire world.

For sake of context, the FBI reports that over 84,000 rapes were reported in 2014 alone, none of which exploited gender identity inclusive NDOs to commit sexual assault. To put the relative risk of people misusing NDOs in perspective another way statistically, five Americans have been shot by dogs in the past five years. Similarly, 450 people per year in the US are killed by falling out of bed.

Rape culture in the US is a tremendous problem that needs to be addressed with serious proposals. Peer-reviewed research and literature has looked at how to reduce rape for decades. Some new methods at US universities are showing success. None of the literature or proposals mentions barring transgender people from bathrooms, or eliminating gender identity inclusive NDOs, as a way to bring down the number of sexual assaults in the United States.

The counter argument that "we can't take the risk" is disingenuous, and ignores the actual consequences of bathroom policing transgender and gender non-conforming individuals. Recently, a cisgender (non-transgender) woman whose gender expression did not match societal standards was violently and humiliatingly thrown out of a restaurant in Detroit for using the women's bathroom. She is currently suing the establishment. A similar incident happened in New York.

Treating All Transgender People as Predators has Dire Consequences

The demonization of transgender people has consequences as well. When visibly transgender people are constantly regarded as sexual predators and deviants, it increases the risk of suicide attempts. It also invites violence against transgender people, like the savage beating of Missy Polis in 2011 as she left a women's bathroom at McDonalds. 2015 has also seen anti-transgender violence dramatically increase to record levels.

For transgender students, the consequences of having nowhere safe to go can be life threating. A trans-masculine student in Michigan held it so long that he was hospitalized with a life threatening kidney infection after he was banned from using the boy's restroom, and bullied constantly for using the girls or staff facility. (Seriously, would you want to be the kid that the entire staff knows rendered their bathroom uninhabitable after taco Tuesday?) This isn't simply anecdotal: survey data on transgender students shows that most face bullying and harassment, and over 1/3rd report being physically assaulted. 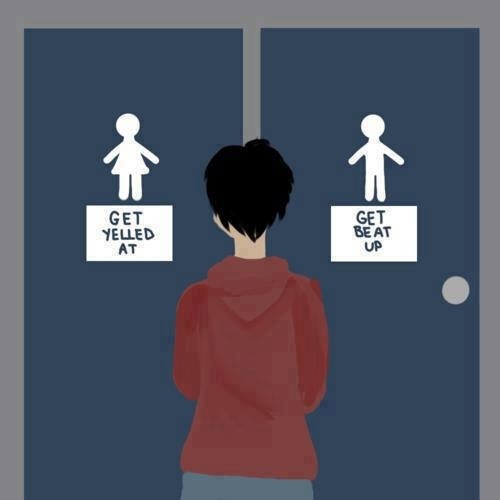 Perhaps the saddest irony in all of this is that transgender women who are undergoing medical transition are generally either taking medications, or have had had surgery, which reduces their testosterone to near zero levels. Clinically speaking, people in this category are one of the lowest risk groups committing sex crimes, and also at the highest risk of being victims.

Gender Neutral / Single Occupant Facilities are not a Complete Solution

Single use gender neutral and family bathrooms are part of the solution, but most existing businesses and government offices will be resistant to putting in another ne bathroom based on cost and space. Washington DC has a law where all single use facilities are now designated as gender neutral, but this is only a partial solution. As many transgender people and parents can tell you, finding such a facility when you (or your child) has to go NOW can be very difficult. You can test this yourself by trying to only use gender neutral facilities for a week.

Transgender Men Have Been Left out of the Conversation 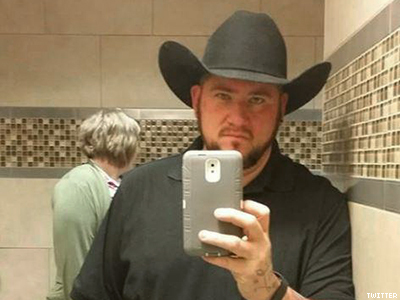 If a state were to pass a law that required people to use bathrooms in accordance with their sex assigned at birth, they would end up with lots of muscle-y, bearded transgender guys using women's rooms. Which would be really uncomfortable for everyone involved, obviously. If a law were to only target transgender women, however, that would almost certainly fail upon legal challenge.

Solving an Imaginary Problem by Punishing the Innocent is Unacceptable

The upshot of all this is that fear mongering and legislation against transgender people using bathrooms has zero actual benefit, and many clearly understood consequences that affect both transgender and cisgender people. It's essentially dealing with a non-existent threat by punishing an innocent group of people. Sort of like trying to prevent 5 year old Syrian orphans from conducting terrorist attacks in the US by beating up Sikhs.