The world's only recorded dinosaur "stampede" may have been more of a "swim," according to a new report by Australian paleontologists.

Lark Quarry in the Australian outback has long been revered as the only tracksite on the planet where evidence of a prehistoric stampede can be found. Some 3,300 fossilized footprints, all about 95 to 98 million years old, can be seen there, "frozen in time." 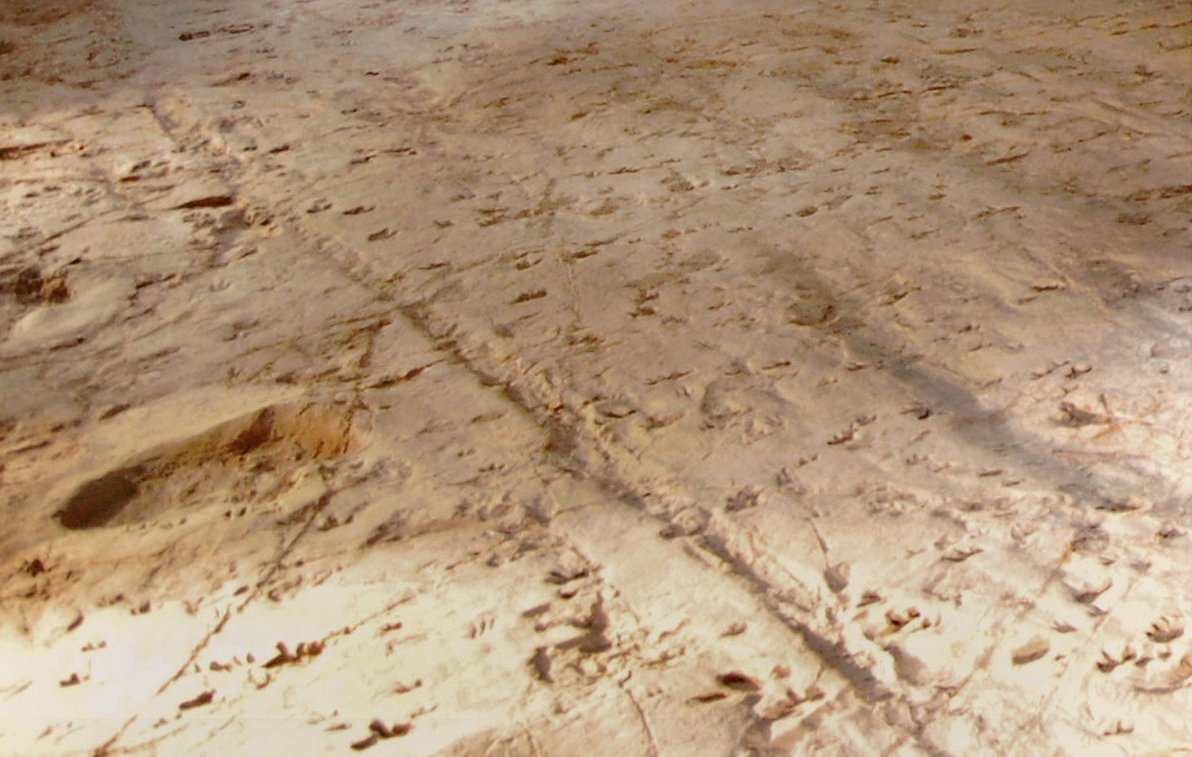 First discovered in the 1960s, the footprints were long believed to have been created by a herd of small, two-legged creatures fleeing a large Theropod.

However, in a new report, scientists led by Anthony Romilio, a PhD candidate at the University of Queensland, say they have found evidence to suggest that many of the dinosaurs were buoyant as they passed through the Lake Quarry area. From this discovery, the researchers concluded that the creatures may have been swimming across a shallow body of water.

"Many of the tracks are nothing more than elongated grooves, and probably formed when the claws of swimming dinosaurs scratched the river bottom," Romilio said, according to Science Daily. He added that 3D profiling played a crucial role in the new discoveries.

"Some of the more unusual tracks include 'tippy-toe' traces -- this is where fully buoyed dinosaurs made deep, near vertical scratch marks with their toes as they propelled themselves through the water. It's difficult to see how tracks such as these could have been made by running or walking animals," Romilio remarked, according to Science Daily.

And as for the bloodthirsty Theropod that triggered the herd's panic, Romilio and colleague Steven Salisbury discovered in 2011 that the larger tracks visible at the quarry were probably made by an herbivore, which wasn't likely to have given chase.

The report elaborates that the tracksite "may represent part of a riverine setting, where the water was shallow, in which small dinosaurs swam and/or waded."

The new study, titled "Reevaluation of the Lark Quarry Dinosaur Tracksite: No Longer A Stampede?," has been published in the January 2013 issue of the Journal of Vertebrate Paleontology.