Astronomers have found what they say is the youngest fully formed exoplanet ever seen, and it's shaking up ideas about how planets form.

"This discovery is a remarkable milestone in exoplanet science," Erik Petigura, a postdoctoral scholar at Caltech in Pasadena, California, and coauthor of a paper about the finding, said in a written statement. The discovery, he said, could help explain the origins of Earth "and eventually the origin of life."

More than 3,000 exoplanets (planets outside our solar system) have been found to date, and just about all are believed to be at least a billion years old. But the newly identified exoplanet, a body roughly six times the size of Earth that's located about 470 light-years from Earth in the constellation Scorpio, is just 5 million to 10 million years old.

"You might think of it as an infant," Trevor David, an astronomer at Caltech and the paper's lead author, said of the exoplanet in a written statement.

And age isn't the only thing unusual about K2-33b, as the exoplanet has been dubbed. It's locked in an extremely tight orbit around its host star. How tight? K2-33b is roughly 10 times closer to its star than Mercury, the innermost planet of our solar system, is to the sun.

The fact that such a young exoplanet is so close to its star is surprising, because astronomers had theorized that it takes much longer than 5 million to 10 million years for a star's gravitational forces to pull a planet into such a tight orbit. Or as Petigura told The Huffington Post in an email, K2-33b "is inconsistent with a whole class of theories that predict planets migrate on timescales of hundreds of millions or billions of years."

So what does explain the infant exoplanet? There are a couple of possibilities, according to David: K2-33b could have been tugged inward rapidly by the very disk of gas and dust from which it formed (a process known as disk migration), or it could have formed in its current location (a process called "in situ" planet formation).

"The implication is that now both disk migration and in situ formation have more evidence for support," David said via email. "The slower migration scenario that we ruled out might still be relevant in some cases, but we can at least say that it is not the only way to produce a close-in planet."

Petigura added: "No single discovery is going to answer all our questions about how the earth formed, but as we find more young planets we'll get a clearer picture of how planet formation proceeds in general, which is important for understanding the formation of the earth and the origin of life."

K2-33b was discovered with the help of NASA's Kepler Space Telescope and Hawaii's W.M. Keck Observatory.

The paper was published online June 20, 2016, in the journal Nature. 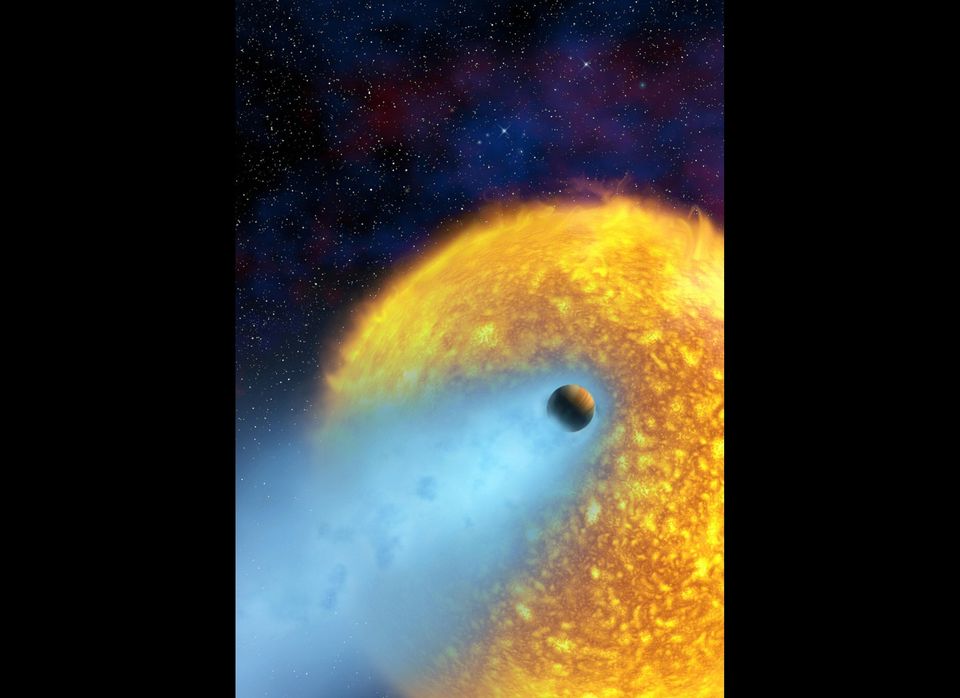