Your favorite Disney movies left a profound mark on your childhood -- they provided your favorite songs, your most beloved talking animals and maybe even your first royal-blooded crush. But each Disney movie was the result of years of work from thousands of animators and producers, and consequently, each film went through a number of crazy phases along the way. You'd never have guessed that these 21 things could have happened in your favorite Disney flick:

1. Disney originally wanted The Spice Girls to sing for the Muses in "Hercules." 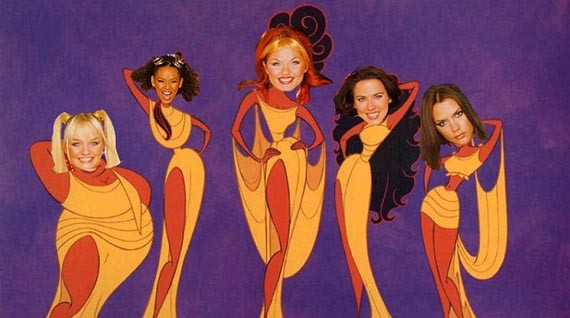 Songwriter Alan Menken wanted the British girl group to lend their vocals to the track "I Won't Say," in which Hercules's mortal boo, Meg, resists her love for the Grecian muscleman. Ill fate, or more simply scheduling difficulties, prevented the collaboration. The gods can be seriously cruel.

2. "Part of Your World" was almost cut from "The Little Mermaid."

At early screenings, the song didn't resonate with kiddie audiences, and one Disney head even called it "boring," according to an IGN DVD Interview with the directors of "The Little Mermaid." Well, that was wrong, and luckily Disney tested the tune on adult audiences who tearfully applauded and basically saved your childhood.

3. "Snow White and the Seven Dwarfs" could have featured dwarves named Hickey, Dirty, Dumpy and Deafy.

Those were four of the dozens of hilarious, bizarre names considered by the storywriters. In early production notes, Deafy is described as such: "Deafy will pick up one word of the conversation in the early part, and whereas the conversation topic might have changed completely, he still sticks to the first thing that he heard, and in this way we hope to get some comical situations out of Deafy." In a rare streak of political correctness, the studio replaced Deafy with Sneezy. Achoo.

4. Disney almost scrapped the iconic spaghetti dinner scene from "Lady and the Tramp." 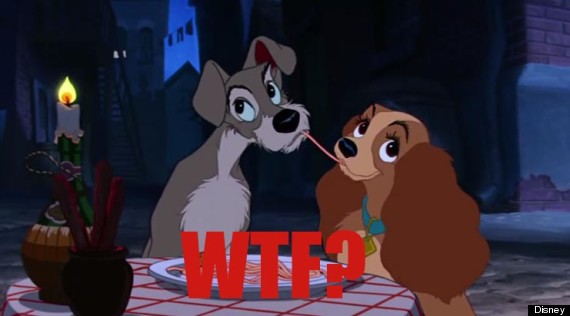 According to John Canemaker's Disney's Nine Old Men and the Art of Animation, Walt Disney originally wanted to cut the famous "Bella Note" scene, in which Lady and Tramp have a romantic, if campy, Italian dinner. Apparently, he thought that dogs would look absurd eating spaghetti. (Doesn't everybody?) Animator Frank Thomas managed to change his mind, and the scene went on to become every carbohydrate-loving kid's favorite romantic movie moment for decades to come.

5. Originally, "Pocahontas" was supposed to have a talking turkey sidekick named "Redfeather."

Actor John Candy provided voice-work for Redfeather, according to Didier Ghez's Walt's People: Talking Disney With the Artists Who Knew Him, but the gobbling sidekick was tossed after Candy died in 1994. Only Candy's vocals and a few early sketches remain to immortalize the bird.

A Disney exec didn't find the result attractive enough, so they redesigned him to resemble Tom Cruise

7. "Bambi" was supposed to be way bloodier.

Bambi was reportedly supposed to watch as his mother's carcass is dragged away by the hunter, leaving behind a pool of blood. Thankfully, somebody pointed out that having Bambi's mom die offscreen in literally the first scene of the movie was scarring enough for the average American family.

8. In "The Little Mermaid," the crab, Sebastian, originally had a British accent. 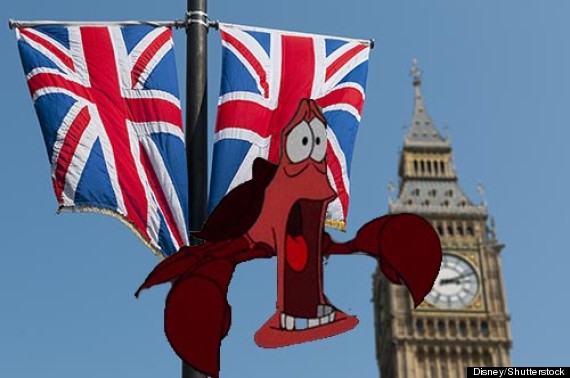 Early on, Sebastian was conceived as your typical uptight British crustacean, according to Thomas S. Hischak's Disney Voice Actors: A Biographical Dictionary. Then, songwriters Howard Ashman and Alan Menken suggested they give the crab a Caribbean accent instead. That decision resulted in the Oscar-winning pop-calypso tune, "Under the Sea."

9. The Beatles were originally meant to voice the Vultures from "The Jungle Book."

The Jungle Book's four mop-top vultures and British accents are a clear tribute to the Fab Four -- but it appears Disney actually tried to book the real deal. Disney met with the Beatles in 1965 to discuss the possibility of the group voicing the birds, but according to movie composer Richard Sherman, "John was running the show at the time, and he said [dismissively] 'I don’t wanna do an animated film.' Three years later they did Yellow Submarine, so you can see how things change."

10. "The Lion King" started out as a National Geographic-style cartoon about ruthless jungle life.

"The Lion King" was originally called "King of the Jungle." (Animators later realized that lions didn't actually live in the jungle...) It was described as a "National Geographic"-style jungle battle among the animals; it later developed into a more emotion-driven coming-of-age story. The late Mufasa appearing in the sky was the very last scene added to the movie; he initially died and never returned.

11. In earlier versions of "The Little Mermaid," Ursula the sea witch was Ariel's aunt!

According to deleted scenes from the 2006 DVD version, Ursula was initially meant to be King Triton's sister. That would make her just about the meanest aunt in the deep blue sea, but would certainly liven up family reunions.

12. In "Pocahontas," the wise spirt of the willow tree, Grandmother Willow, was originally going to be a male character named Old Man River.

The song "Just Around The River Bend" was intended to be sung to Old Man River, who would dispense wisdom to the heroine, according to Disney Voice Actors. Actor Gregory Peck was asked to provide the voice, but he declined the role, saying he thought Pocahontas needed a mother figure.

According to David Price's book, The Pixar Touch, "Toy Story" was originally going to be based off of the characters from "Tin Toy," a short film from the late '80s. The ventriloquist dummy character was changed into Woody, everybody's favorite toy cowboy. Tinny, a one-man-band tin toy, was changed into a military action figure, which was then altered to include a space theme. Buzz's space suit was designed to resemble Apollo astronauts and G.I. Joe action figures.

14. "Alice In Wonderland" was going to be live-action and feature Alice as a cartoon character dropping into scenes in author Lewis Carroll's life.

Originally, "Alice in Wonderland" was going to be written by Aldous Huxley, and it was conceived as mainly live-action with only Alice as a cartoon. Walt Disney called the idea too "intellectual," and Huxley abandoned the project.

15. Louis Armstrong was supposed to sing in "The Aristocats!"

Scat Cat was supposed to be voiced by Louis Armstrong, according to Disney Voice Actors. Unfortunately, serious illness prevented the famous jazz musician from playing for the adorable blues kitten.

16. In "Aladdin," your favorite street urchin wasn't initially going to be an orphan....

In earlier drafts of the script, Aladdin had a mother, and she sang him this song, according to a "Special Edition Aladdin" DVD released in 2004. This time, Disney Studios killed the main character's mom before the movie ever started.

17. Disney originally wanted "Toy Story" to be a musical.

Director John Lasseter seriously did not want to make a typical Disney musical, like "The Lion King," as he felt that "Toy Story" was more of a "buddy movie." Disney initially was unsure about that choice, noting that, "Musicals are our orientation. Characters breaking into song is a great shorthand. It takes some of the onus off what they're asking for."

18. There was originally supposed to be a dream sequence in "Lady and the Tramp," in which dogs walked their "humans" on leashes.

Tramp narrated the role-reversal scene, in which all the dogs in town took their "pet" humans for a walk in the park. As explained in Paul Muljad's Disney Theatrical Animated Features and later editions of the DVD, the scene was deemed too terrifying, and perhaps confusing, for young children.

19. "Peter Pan" was initially planned to be narrated from Nana's point of view.

Nana also was supposed to get to go to Neverland, according to Disney Theatrical Animated Features. Instead, poor Nana missed all the fun!

20. Julie Andrews was considered for the role of Mrs. Potts in "Beauty and the Beast."

Tale as old as time, the movie star declined, according to Disney Voice Actors. Instead, Mrs. Potts was famously voiced by the fabulous Angela Lansbury.

21. And Angela Lansbury really didn't want to sing the classic tune, "Beauty and the Beast."

Landsbury told The Huffington Post that she was reluctant to voice "Beauty and the Beast" because it was written as a rock ballad. She recalls, "I told them, "This is a sweet message, but this really isn't my style. Are you sure you want me to do this?" They told me to sing the song the way I envisioned it, so that's what I did. I created it the way a little English teapot would sing the song." And we're awfully glad she did.

These changes would have made for some very different Disney Classics -- and offer some amazing insight into the unpredictable process of the wildly creative studio that produced some of our favorite childhood movies and our favorite childhood memories. While Disney classics often come under fire for their problematic depictions of women, Walt Disney's racism and sexism, it's still possible to return to these beloved movies with both the heightened sensitivity of a more progressive era... and a healthy nostalgia for our youth.