Does Islam scare you? Does it feel like an aggressive religion is trying to take over the world, subjugate women, persecute the LGBT community, and cut off your hand if you're caught stealing?

Well, you've got good reason to be scared -- but not of Islam. Islam is a fine old wisdom tradition with millions of kind, reasonable, neighborly adherents in the US and around the world.

It's the fundamentalist, anti-modern Wahhabi brand of Islam that is scaring you.

Scaring you because it does indeed want to proselytize the world.

And scaring you because it has had the money to do so. Barrels of it.

Thanks to the Wahhabis' centuries-old alliance with the Saudi royal family (and all that Saudi oil money, barrels of it), they can -- and they have been -- spreading puritanical Islam in the US and around the world. (Some observers trace ISIS's roots back to Wahhabism; others assert that ISIS is a political movement with but a tenuous connection to Islam.) 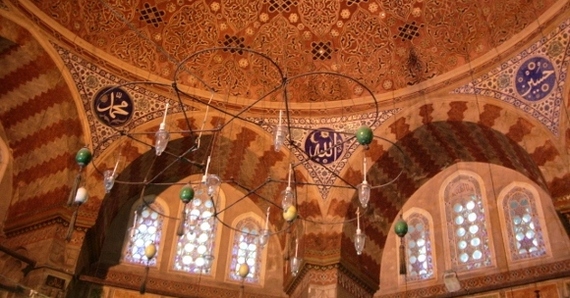 Wahhabism and the Saudis

In a column on the New York Times op ed page, Thomas L. Friedman says it all started back in 1979 during the takeover of the Grand Mosque in Mecca by Islamist extremists.

Those extremists, he writes, "challenged the religious credentials of the Saudi ruling family, accusing them of impiety. The al-Sauds responded by forging a new bargain with their religious conservatives: Let us stay in power and we'll give you a freer hand in setting social norms, relations between the sexes and religious education inside Saudi Arabia -- and vast resources to spread the puritanical, anti-women, anti-Shiite, anti-pluralistic Sunni Wahhabi fundamentalism to mosques and schools around the world."

The result has been a great leap backwards for the Saudis and for Islam around the world. That we are seeing a backlash against Islam in the US and Europe should come as no surprise.

One of my writer friends, Sumbul Ali-Karamali, an American-born, mainstream Muslim who doesn't wear hijab, complained to me recently that people assume she is a "progressive" or "secular" Muslim, "because I don't look or act oppressed. I tell them that I practice Islam the way my mother does and the way my grandmother did."

(Sumbul, btw, is the author of "The Muslim Next Door: The Qur'an, the Media, and that Veil Thing." Check it out.)

If you are looking for a progressive Muslim, that would be Ani Zonneveld.

Ani is the Malaysian-born daughter of a diplomat; she's one of the interviewees in my book, "Wrestling with God." A southern Californian, she co-founded an organization called Muslims for Progressive Values.

Progressive -- to Ani and to her MPV colleagues -- means inviting women to preach, to make the call to prayer, and to pray alongside men -- not at the back of the mosque. It means welcoming the LGBT community and celebrating interfaith and same-sex marriages.

Muslim culture has changed radically in recent decades, Ani tells me, and not for the better -- thanks to the proselytizing, puritanical influence of Wahhabism.

The Influence of Wahhabism

"I'm in my early fifties now," she says. "And unfortunately the Islam of today--in Malaysia and around the world--is very different from how it was twenty-five years ago. My perspective of Islam is much more open-minded and loving in expression, more celebrative, than the conservative Islam we are seeing in so many Muslim countries.

"Even Malaysia has become very conservative," she says. "Sunnis are in the majority there, and because of the events in the Middle East, anti-Shia sentiments have become acute. Some people are even saying that you can't wish your Christian neighbor a merry Christmas or a Buddhist a happy Vesak. 'It's haram, it's forbidden.' That's the sad condition in Malaysia right now." 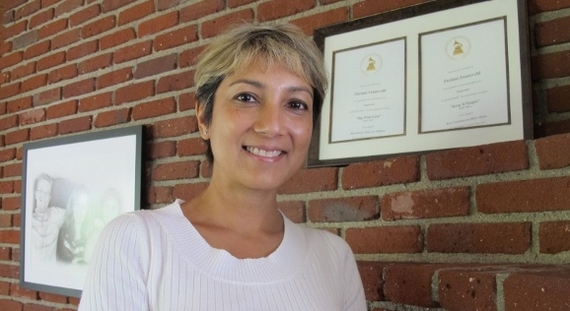 Sumbul says that in many parts of the world the conservative Saudi version of Islam has been getting pushback from more moderate Muslims in recent years. Vast women's movements are having an influence, she says. So are scholars who are reevaluating the tradition "after hundreds of years of colonization under which Islam was not allowed to develop and modernize."

As for me, does Islam scare me? Yes, some of the forms of Islam that are out there right now do worry me. Wahhabism with its close-minded rigidity is one. The brutally violent ISIS -- which most of the world's 1.6 billion Muslims would say is not even Islam -- is another.

But Ani and Sumbul -- they give me hope. Lots of it.

If this post resonated with you, you might like "James Dobson: Beat Your Dog, Spank Your Kid, Go to Heaven." If you'd like to know more about Ani Zonneveld, there's an entire chapter in my book, "Wrestling with God: Stories of Doubt and Faith," about how she responded to the emotional trauma she experienced as a result of 9/11.