Our friendly domestic dogs have come a long way from their wolf ancestors, and it's all thanks to us.

"Somehow there's this misconception that dog breeds actually exist -- like dachshunds are a natural thing in the world," Dr. Louise Murray, vice president of the ASPCA Animal Hospital, told The Huffington Post. "We think, there are frogs, and there are chickens, and there are dachshunds. But of course you don't realize until later that they're just human constructs."

We love having dogs around -- in fact, between 37 and 47 percent of U.S. households own at least one dog, according to the American Society for the Prevention of Cruelty to Animals. That's about 70 or 80 million dogs overall. And while estimates differ, between one-third and one-half of those dogs are believed to be purebred, born of incestuous pairings. As a result, many purebred dogs are now facing an abundance of health problems, and many of their human companions have begun to question the ethics of it all. 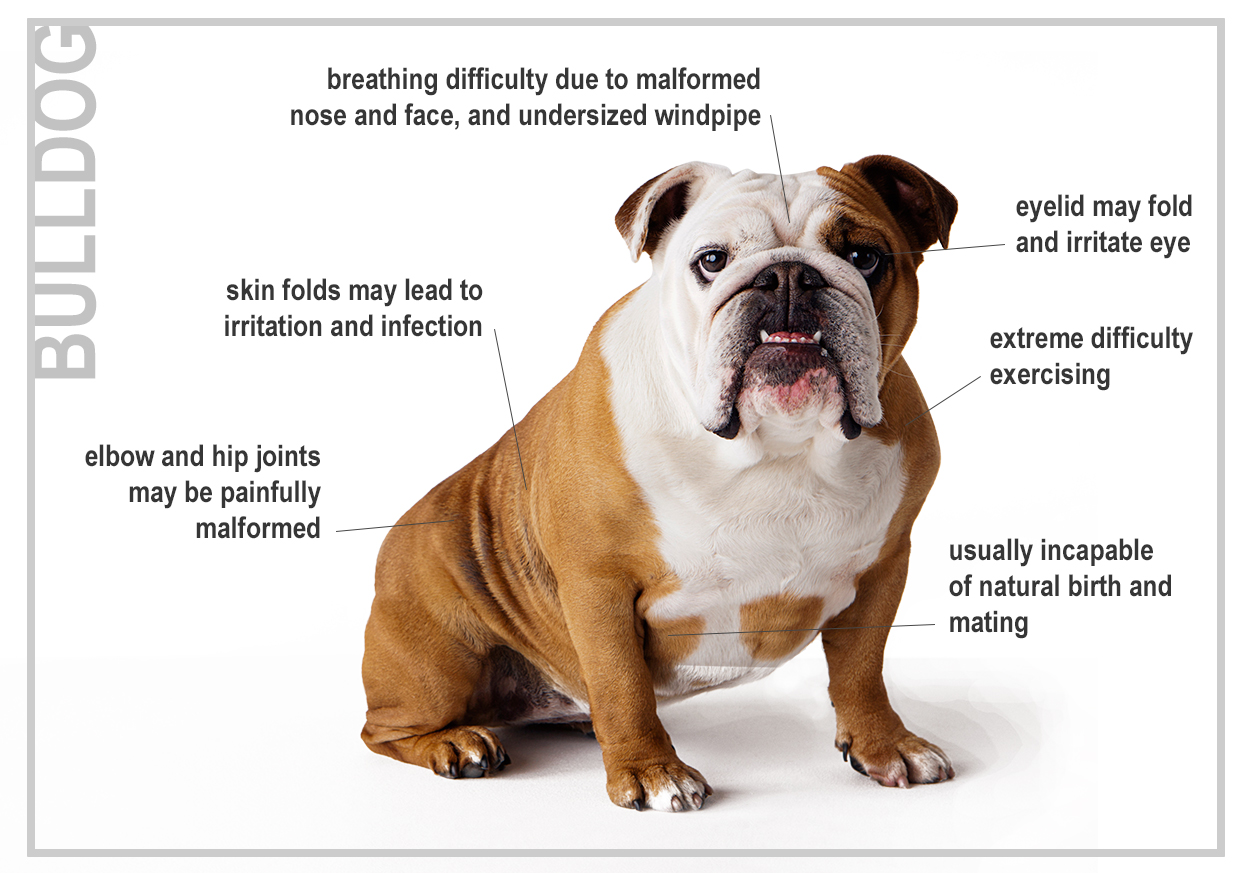 Dogs, of course, have been used for thousands of years for practical purposes, like herding and protecting livestock. About 4,000 years ago, people began tinkering with dog breeds in an effort to enhance certain physical or temperamental attributes. In medieval Europe, having a dog around for companionship became a mark of status, and by the 19th century breeding had taken off in earnest. According to a 2008 BBC documentary, the practice actually grew out of the eugenics movement that pervaded scientific discussion at the time. 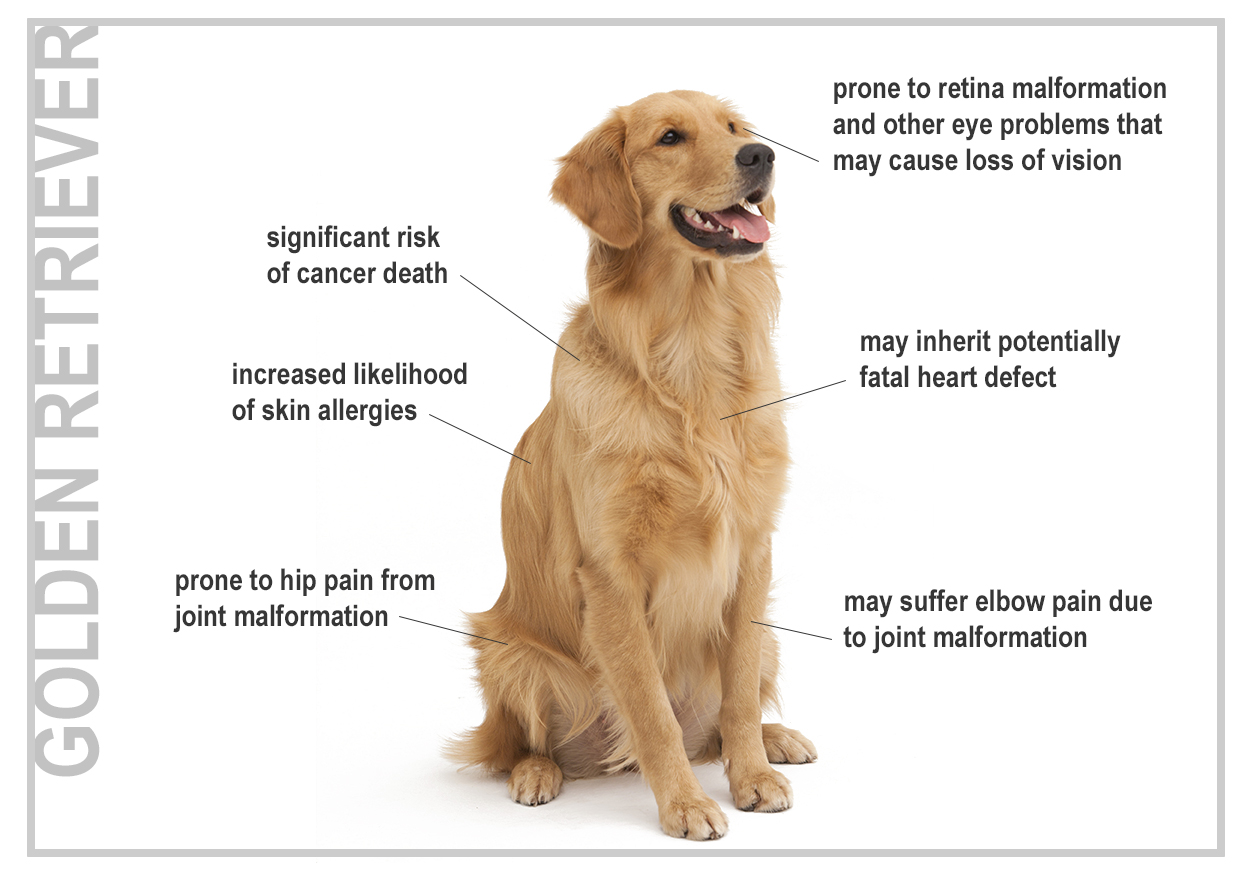 Shortly after the U.K. Kennel Club formed in 1873, other countries began setting up their own regulatory groups to dole out purebred certification based on their own sets of standards. In the U.S., the American Kennel Club, or AKC, is the best known of these groups. A small number of the most "pure" dogs produced by each club go on to appear in shows and competitions, while the rest usually spend their lives as household pets. (That is, unless they end up in animal shelters instead.) 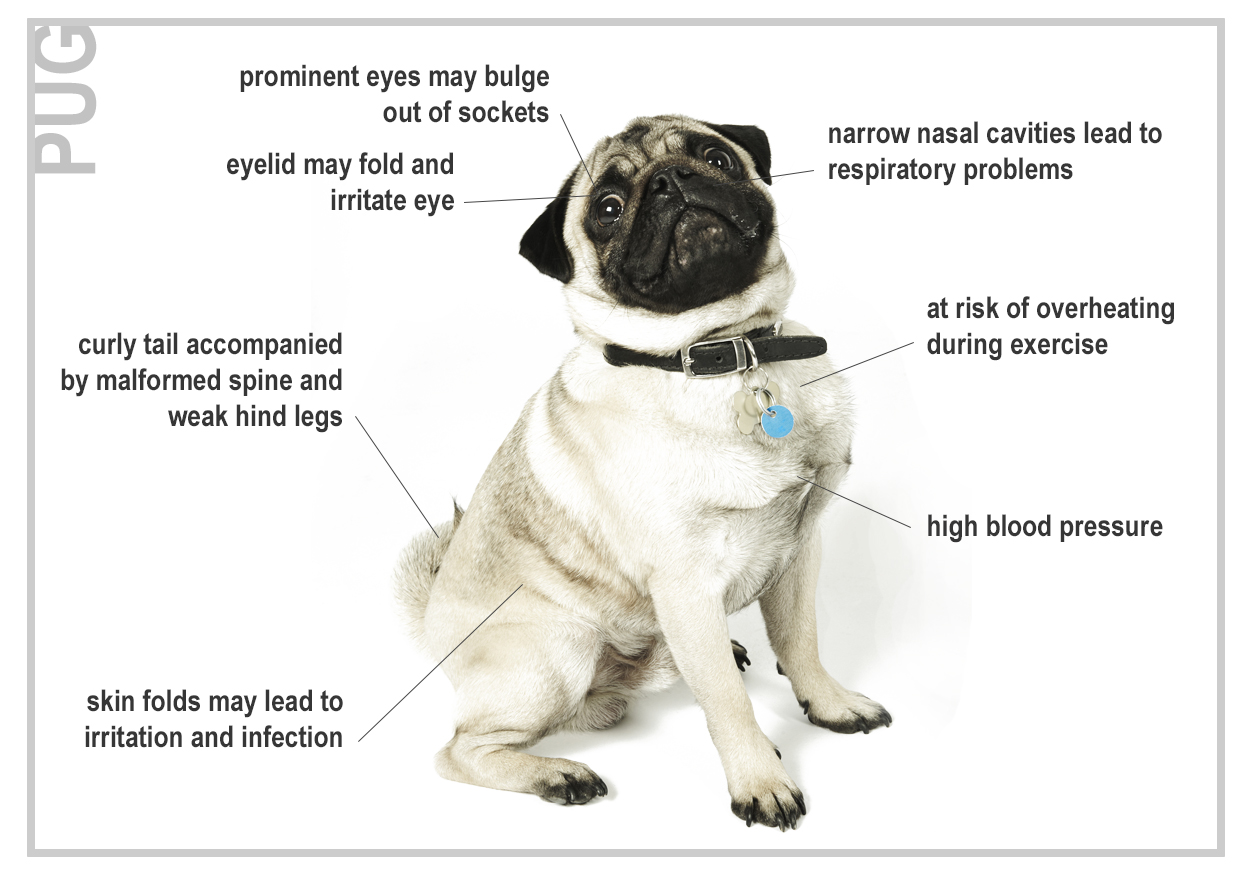 Here's the real ethically murky part. Most puppies can only earn kennel club certification if they can trace their lineage back to the club's original stock dogs, of which each club keeps records in a "library." This practice ends up creating a closed gene pool -- think English royalty. A club will breed its dogs with the aim of producing certain desirable traits, according to the club's idea of how each breed should look. In the earliest years of the Canadian Kennel Club, "no importance was placed on the utility and health of purebred dogs" by breeders, according to a 2007 report by the Canadian veterinarian Koharik Arman.

One common breeder technique is known as line breeding, which pairs direct relatives, such as grandfather and granddaughter, in an effort to produce puppies with the most desirable physiques. That's how the basset hound's ears got to be so droopy, and how the German shepherd's back came to slope downward at such a striking angle. 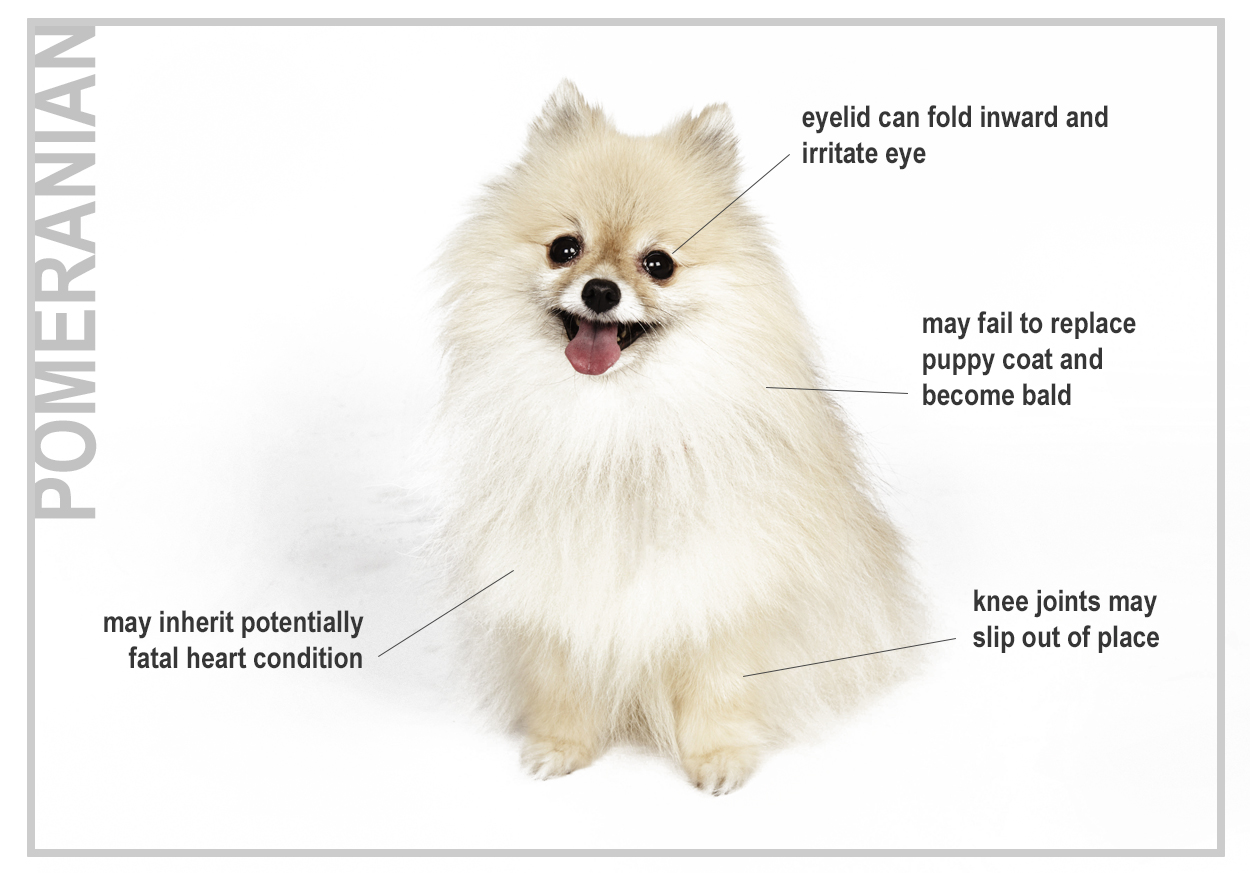 These dogs didn't always look that way. In fact, it's pretty amazing how selective breeding has changed the appearance of certain dogs in a relatively short amount of time. (Seriously, take a look.) But in many cases, breeding for such specialized physiques creates a raft of health complications. Basset hounds are prone to ear infections, and German shepherds often have hip problems. Inbreeding also puts puppies at risk of developing a number of inherited diseases. The number of genetic disorders affecting dogs "reflects their unnatural development," Arman argues in her paper. 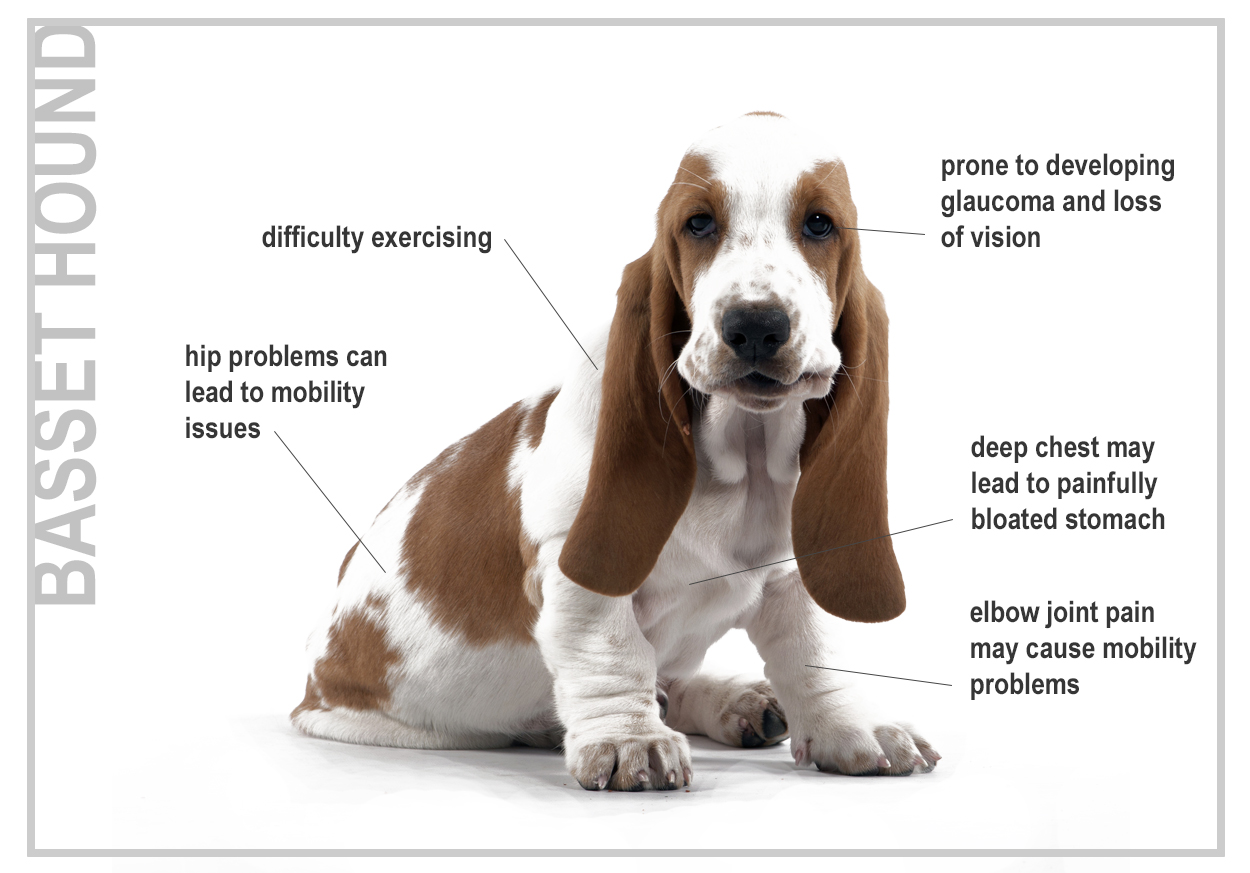 Owners of fashionable dog breeds are indeed full of stories about sky-high vet bills and constant ailments. Just last month, an Instagram photo revealed that Manny, a three-year-old French bulldog with over 630,000 followers, had been diagnosed with an oral cancer common to his breed. (All is well, though -- it's benign!)

Generally speaking, bulldogs are considered among the animals made most miserable by selective breeding. And the English ones might have it the worst. Like many brachycephalic, or short-faced, breeds, English bulldogs are likely to experience breathing problems. Many English bulldogs can't swim, and usually their puppies must be delivered by cesarian section, since their heads are too large to permit natural birth. 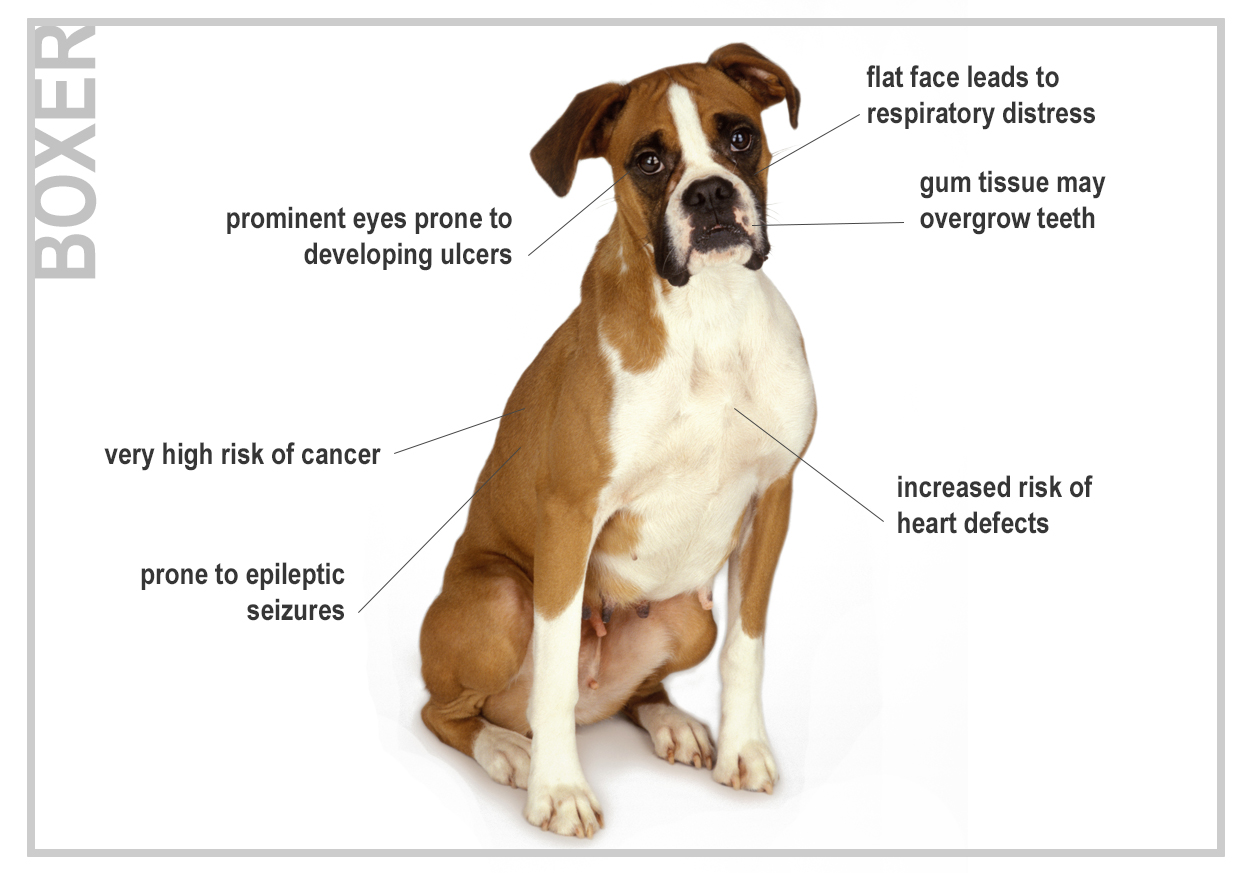 Some breeders would rather not deal at all with kennel club standards that emphasize physical traits in the name of dog shows. The U.S. Border Collie Club put up a fight in the early '90s against the AKC, which was pushing to name the dog among its officially recognized breeds, USBCC president Eileen Stein told HuffPost. If border collies became an AKC breed, they would be bred for looks, not for function -- which members of the USBCC thought would be harmful to the dogs. "It's supposed to be herding livestock," Stein said of the collies' principal function, adding that the AKC's standards resulted in much more inbreeding than her organization supported.

In 1995, the AKC began recognizing border collies, although the USBCC remains one of the largest border collie clubs in the U.S. 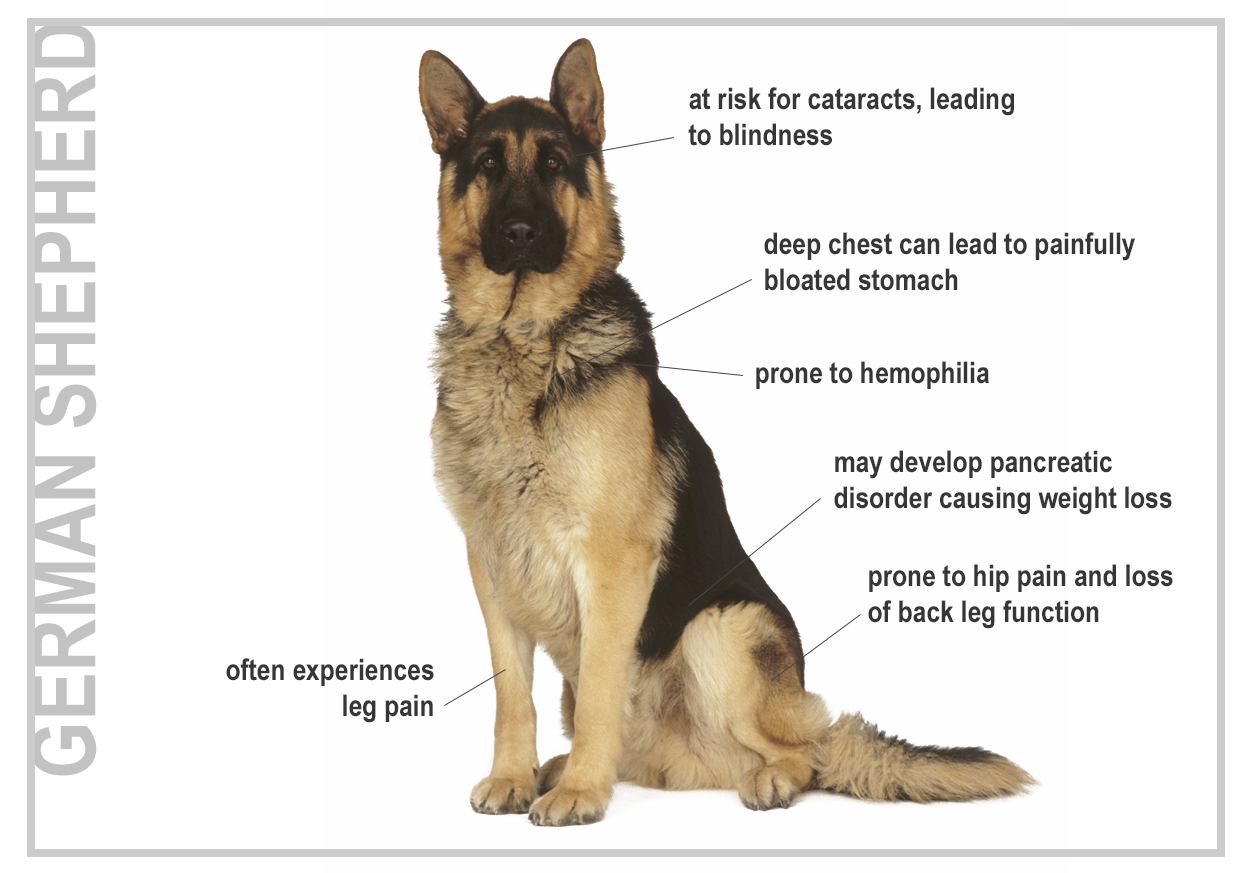 For its part, the AKC provides funding for research on canine health through its Canine Health Foundation -- including, most impressively, sequencing the entire canine genome. And it doesn't place fault with its standards, but on the breeders who don't completely follow them.

"The AKC believes the breed standard as it is written, in combination with health testing recommended by AKC Parent Clubs, is the best roadmap to producing a healthy dog," an AKC spokesperson told HuffPost. The AKC breed standards only list physical traits and temperament -- it's up to individual breed clubs under the AKC's umbrella to determine health guidelines. Certain inherited diseases, however, may only show up after a dog has passed down its genetic material to the next generation.

There's a growing consensus among vets and researchers that breeding dogs in order to meet strict visual criteria only ends up lowering their standard of living. So how, ultimately, can we help our beloved canine companions? 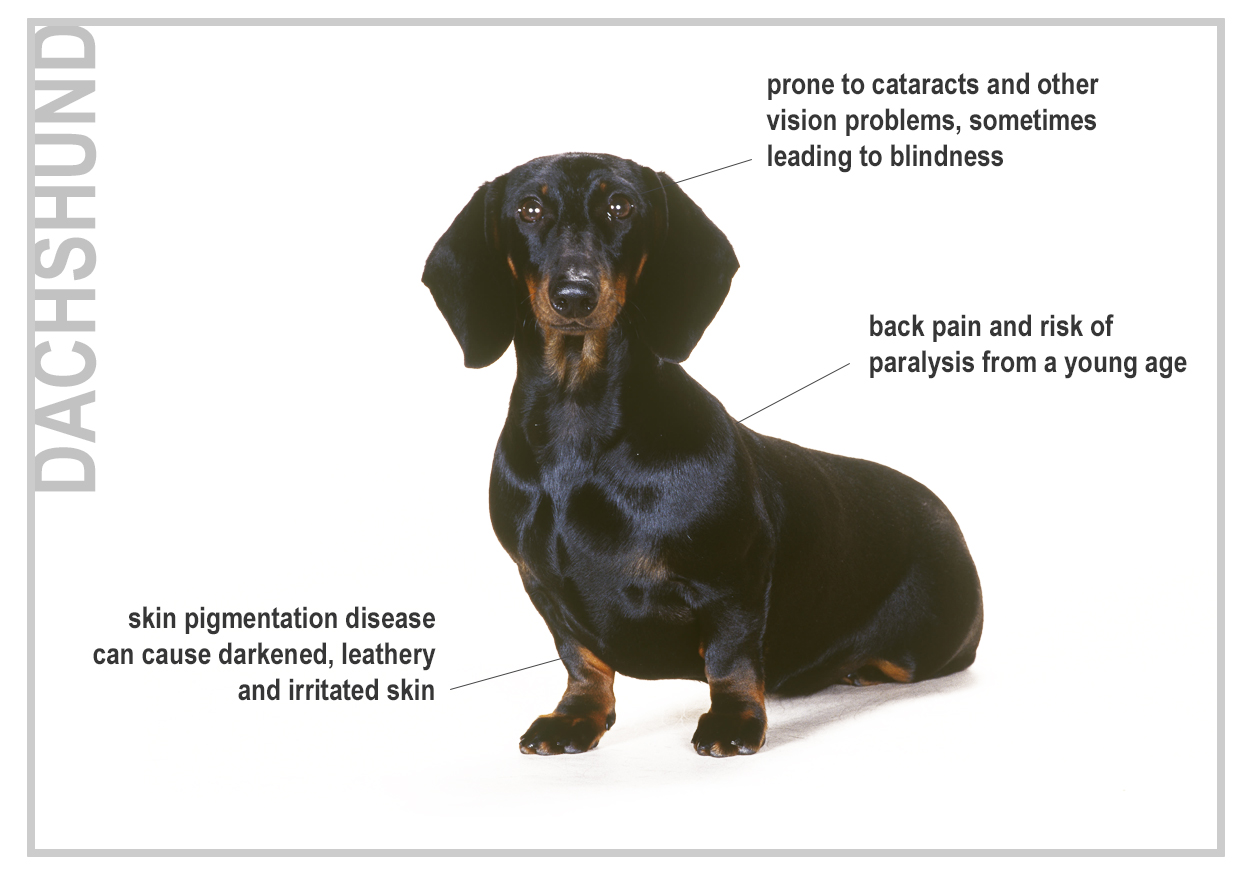 Loosening breeding standards can help, according to Dr. Nicola Rooney, a researcher at the University of Bristol. And some groups have indeed started to do that. But it can only help so much. It will be necessary to actively breed away from problematic traits in order to improve breeds' well-being, said Rooney, even if it comes at the expense of looks.

"Breeding needs to be primarily for health and welfare," Rooney told HuffPost.

Many in the field of veterinary medicine have also concluded that the responsibility for purebreds' wellness lies with breeders and kennel clubs. More research, too, is needed to determine the precise factors that affect each individual breed's quality of life in order to create a plan to improve their health. For all the treats and belly rubs we give our dogs, we don't know nearly enough about how they're actually doing.

"In my ideal world, we'd just do away with dog breeds and let them be outbred, the way most cats are," said Murray. "So it's not cool to have a purebred. Just a dog."

This post has been updated with a statement from the American Kennel Club.