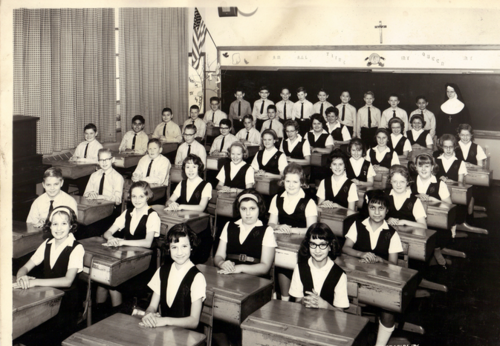 My name is Kathleen and I am a little Catholic schoolgirl. I wore a sweater vest and knee-highs and a skirt that could be no more than two inches above my knees. Rogue nuns wandered the halls of my high school. We "left room for Jesus" at school dances, all of which were supervised by a resident priest. I come from a devoutly Roman Catholic family from a primarily Catholic community largely dominated by Catholic institutions, schools, values and beliefs.

And yet against all odds, I don't fit into Catholicism. My Catholic upbringing and education seemed the perfect formula for a perfect Catholic. Nonetheless, I've developed values and beliefs that significantly diverge from this foundation.

Religion has been and always will be a subject that touches nearly every aspect of my life; a subject that touches everybody's life in one way or another be it via the news, interaction with religious affiliates or contemplating higher power. That being said, why are so many of us (myself included) continually describing ourselves as spiritual, agnostic, exclusively culturally religious or atheist despite often having strong roots in organized religion?

Whenever I think about this question, I always resort to my list-making ways, crafting an inventory of the reasons that Catholicism has not worked for me. Old-fashioned values and traditions, hesitation towards accepting the LGBTQ community and inherent political undertones of church leadership leave me feeling conflicted and uneasy. I will never understand why dressing up in a modest J.Crew dress and sitting in the first pew at church trumps participating in a climate march, or why accepting doctrine on faith alone beats independent thinking, questioning and customizing one's religious life. For me, religion has been more a culture of privilege than of prayer, a competition of piety rather than a humble quest of personal growth and spiritual connection. These are all examples from my experience with religion that motivate me to reject Catholicism, but as I think about it, are these also reasons that Catholicism rejects me? 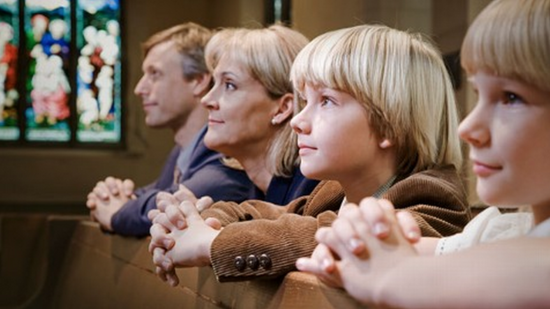 I believe it is. Speaking only for the Catholic institutions I come from, I do not fit the prototype of what a Catholic is supposed to be--the by the book churchgoer who accepts Catholicism because that is what is true. I am pro-choice, don't go to church on Sundays, don't put stock in the Bible or doctrine, challenge traditional ideas of religion and spirituality and care infinitely more about trying to be a kind, humble person than actively worshipping.

Though I am firm in my beliefs, I find it difficult to discuss these ideas sans judgment, simply because they diverge from those of a system that prizes tradition. I differ, and am thus discounted. Though it's subtle, I do not feel a part of the community that proudly boasts, "All are Welcome."

On one hand, this rejection validates my personal beliefs and their deliberate divergence from Catholicism. On the other hand, this rejection leaves me unfulfilled. I find myself an outsider, subject to the Catholic exclusivity that ostracizes other divergent thinkers and doers: the very exclusivity that prompts me to reject Catholicism in the first place. Its a perplexing paradox - my beliefs exclude me and define me as an independent. And because my beliefs disqualify me from active participation, I am consequently excluded from a community that I want to engage with, though not necessarily be a part of. I would say "its not you, its me," but I think "its not me, its you" is equally appropriate.

There is a certain voicelessness that I associate with my experience in Catholicism--sure, I can talk about gay rights, premarital sex or saving the environment, but I am often met with a dismissive response or the assumption that I'm going through a progressive phase. But what separates this from other phases I've gone through is that I'm not alone--29% of millennials identify as religiously unaffiliated, a higher percentage than ever before. Is the religious voicelessness I feel a common thread in the spiritual lives of our generation?

I can't totally answer that question. But I do feel that its time for our voices to be more included in formal religious institutions before individuals disillusioned with organized religion are lost to the realms of independent spirituality and atheism. This, to some, may serve as a haven from a potentially voiceless experience in religious institutions. I'm not saying that my beliefs are right, but I am saying that I want to be heard, not just listened to. For me, this conversation is not about stylizing religion to suit the tastes of young adults; it's about aligning all voices with the process of organized religion and earnestly engaging in different conceptualizations of faith.

To ignore these perspectives in favor of tradition is the deeper issue here. If the people are the church, then the church should include the people--divergent souls as well. The boundaries of tradition become more apparent as individuals decide to customize their faith outside of tradition's limits.

Though I probably wouldn't rejoin the church if it became more inclusive, I would absolutely feel included in faith dialogue and legitimized as a spiritual being by a community that I will always be connected to. Sure, the church doesn't necessarily stand to gain more memberships if they open up the dialogue, but they do stand to better incorporate themselves into an ever more inclusive and dynamic world. And in doing so, they also stand to prove that all are indeed welcome, at least in some capacity.

We are not doctrinal robots; we are constantly evolving, dynamically faithful members of a world that needs a little cooperation and receptivity.