When we were cleaning out my mother's home of 60 years, I found an envelope in the handwriting of my father who had died 30 years earlier. It said, "to be opened in case of my death abroad." He traveled a lot and alone, so I could understand his concern that his wishes under those circumstances be known. The letter is very business-like, he lists bank accounts, insurance, stocks, practical things like that; and he makes clear that he wants to be cremated in whatever country he died.

Then he adds one last request, "forget me fast." 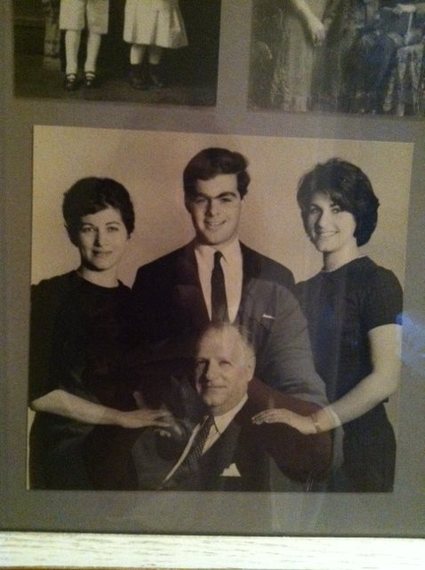 I think what he meant -- his English was never very good -- was, "don't grieve and mourn and make a fuss; get on with your lives." But the message was chilling, as if he wanted us to act as if he had never lived.

I think of "the afterlife" as the place where memories of those who touched our lives live on. Nothing is more precious or sacred.

Recently, I have been immersed in memories of people and times long past, as I packed up to move from the apartment where we had lived for 18 years and raised our children. I had to go through our "stuff" including boxes and boxes marked simply "memories," a couple of which hadn't been untaped since our last move. A lot of it had to go.

The process gave me an intense trip down memory lane, guided by what I had thought worth saving .... how well I still remembered why .... and countless photographs of the people and events that had been highlights of my life. With each one I had to ask myself about which of those "memories" I wanted to take with me into the future.

There were birthday cards, letters, children's drawings, every report card I ever received, and all those photographs. (I guess I am from the last generation that will have boxes, as opposed to digital files, of them). What to toss?

One category quickly emerged: the who-what-where the hell is that? In some cases I tried really hard to activate the glimmer of recognition the photo or artifact ignited and had to settle for the sad fact that I never would.

Another category was: what can I save for my children to know about our family history, my life and their own childhoods. I had to smile as I designated for safe-keeping every single one of their baby teeth that I had stashed away, well aware that they both thought that was "gross." What I was trying to pass on, I realized, was the memory of the fact that I was the kind of mom who saved baby teeth.

The biggest revelation came as I entered the next round of decisions: triaging the meaningful memories.

I realized that some of them were items that only I would be able to identify, and that I knew I would never have occasion to look at again. So why keep them? Intimations of mortality are supposed to be sad, but I found myself strangely exhilarated by all this. First of all, shedding baggage, even good baggage, is freeing; it lightens the load.

Even more unexpected was the delight I felt for the momentary visit with the letter, snapshot, or home-made ashtray on its way to the discard pile. As I held it in my hand, I often found myself smiling and sometimes sighing before saying goodbye. That moment was enough. A gift.

I am grateful for the moment of recollection, but also grateful to be moving on.

Each decision to save or toss helped me define What Matters, really matters, to me, and what memories define me. Each decision also made me aware of the need to tend to the memories we create in the lives of people who cross our paths. Ultimately those, not my boxes of teeth and photos, are our legacy.

PHOTO GALLERY
8 Guidelines For Stress-Free Aging
Download
Calling all HuffPost superfans!
Sign up for membership to become a founding member and help shape HuffPost's next chapter
Join HuffPost
Voting Made Easy
Register to vote and apply for an absentee ballot today
Register now