Tensions between residents and New York City Police have been high following the death earlier this month of Eric Garner, a Staten Island man who died while an NYPD officer had him in an apparent chokehold during an arrest. But on Friday, officers in Staten Island helped orchestrate a tribute.

The Staten Island Advance reports when basketball players participating in a local tournament spotted a police car driving up to the court during the dunk contest, "players and spectators feared police had arrived to break up the game."

But unbeknownst to the crowd, the officers had been approached by the tournament's organizers earlier, asking if they'd let one of the players dunk over their car. The officers agreed.

Twenty-year-old Brian Hogan-Gary then stunned the crowd by removing his jersey to reveal a "RIP Eric Garner" t-shirt -- with the words "justice" and "peace" written on the back -- before successfully dunking over the patrol car.

The moment may have been planned in advance, but it was a welcome one for a community still simmering over Garner's tragic death. According to the Advance, Garner's two sons play in the basketball league.

"People were really surprised the cops wanted to be a part of it," league organizer Joel Soto told the paper, adding that the moment "definitely brought down a little of the tension between police and the community." 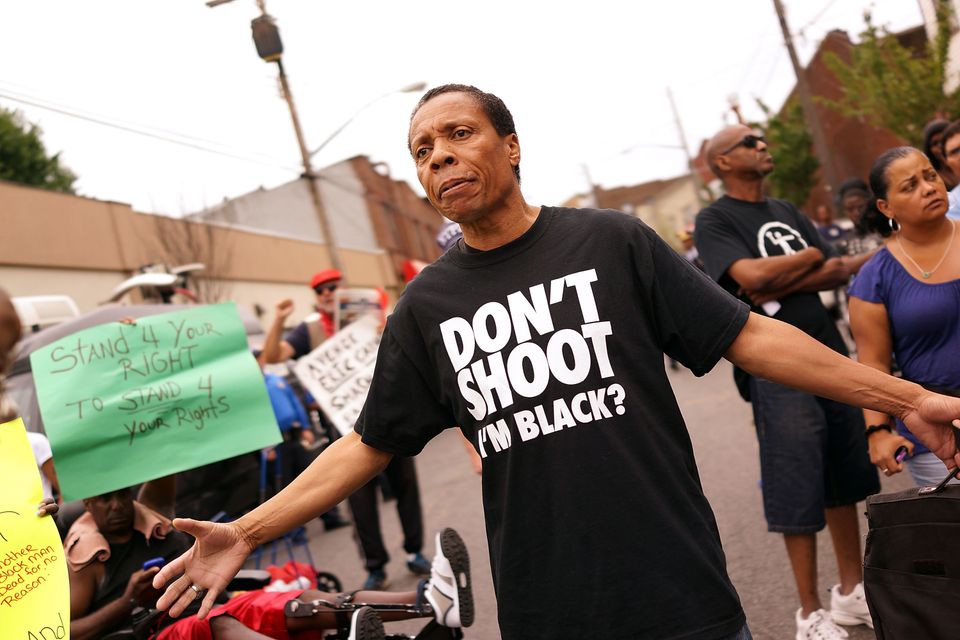 1 / 63
Sharpton Meets With Family Members Of Staten Island Man Who Died While Police Were Attempting Arrest
NEW YORK, NY - JULY 19: People participate in a demonstration against the death of Eric Garner after he was taken into police custody in Staten Island on Thursday on July 19, 2014 in New York City. New York Mayor Bill de Blasio announced in a news conference yesterday that there will be a full investigation into the circumstances surrounding the death of Garner. The 400-pound, 6-foot-4 asthmatic, Garner (43) died after police put him in a chokehold outside of a convenience store for illegally selling cigarettes. (Photo by Spencer Platt/Getty Images)
Spencer Platt via Getty Images