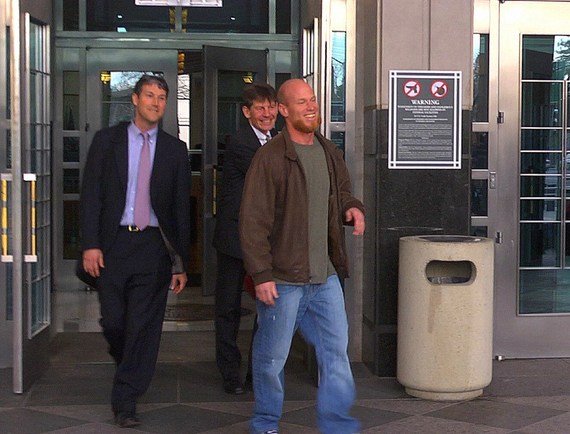 On January 8, 2015, a federal judge in Sacramento, California granted a joint request by the United States and defense attorneys to release my client Eric McDavid from prison with an eleven year reduction of a 20-year sentence because prosecutors withheld key documents from him at trial. ("'Eco-Terrorist' Eric McDavid Gets Released Early From Prison," Huffington Post, January 9, 2015.) Rather than explain what happened, though, federal officials are trying to skate away with the hollow press statement that "a mistake was made." They contend they promptly turned over the missing documents upon discovering them, and that they were not important to the defense anyway. Both claims are patently untrue.

McDavid has always asserted that he and his two co-defendants were entrapped by an overzealous FBI and its then 19-year old informant, "Anna." Anna literally herded the group together, plying them with free transportation, food, and lodging. When they distanced themselves, she delivered them to one another's doorsteps. When they failed to muster enthusiasm for her schemes, she threw fits, mocked them, and bought them more stuff, including the household chemicals they mixed together to follow her fake incendiary recipe at a cabin wired by the FBI for sound and video. It didn't work, and the group never agreed to do anything, so there was never any specific conspiracy, save for Anna's and the FBI's plot to frame the trio and strut about it. They were all just trying to placate Anna, and McDavid most of all, because he was in love with her.

Contrary to the government's public relations spin, the documents it withheld were central to Mr. McDavid's entrapment defense. Clearly, the government recognizes their importance too or it would not have negotiated McDavid's release. They include love letters to Anna, and evidence she pretended to reciprocate his feelings to keep him on the hook, writing to him, for example, "I think you and I could be great, but we have LOTS of little kinks to work out," and, "I hope in Indiana we can spend more quality time together, and really chat about life and our things."

The government's repeated insistence that it simply overlooked this correspondence strains credulity. Correspondence between an informant and a target is rudimentary evidence in a criminal case. Mr. McDavid's trial attorney Mark Reichel made it a centerpiece of his cross-examination of the informant, getting her to admit only grudgingly that McDavid had sent her romantic epistles, which she downplayed as containing only a "slight indication that he might have been interested in me." In point of fact, he opened his heart to her, declaring, for example, "all the endorphins shoot off in my head when ever I think of u." Prosecutors did nothing to correct the informant's misleading testimony.

Wittingly or unwittingly, prosecutors pressed their unfair advantage by repeatedly denying there was ever any evidence of romance. In seeking to bar Mr. McDavid's entrapment defense outright, Assistant U.S. Attorney Ellen Endrizzi told the Judge in 2007: "[T]he defendant has throughout his papers said there was a romantic relationship [but] he has provided no facts of that." In closing, she told jurors: "There are supposedly love letters. We've got evidence of one. Supposedly Mr. McDavid is falling all over himself for Anna. But you have testimony that Anna rebuffed him."

This falsehood was not a technical foul but a grossly prejudicial error which infected the entire trial and produced a wrongful conviction.

Prosecutors kept up the charade well after Mr. McDavid filed his habeas petition. In October 2012, former Assistant U.S. Attorney Stephen Lapham, now a Sacramento Superior Court judge, stated in papers submitted to the Court: "Although McDavid insinuated throughout the trial that there was a romantic relationship between himself and Anna, the evidence was to the contrary." In the meantime, Mr. McDavid sat in prison for two more years.

The government also withheld evidence that the FBI ordered, then mysteriously canceled, a polygraph examination of Anna the informant, suggesting both that the FBI had doubts about her credibility and that it wanted to bury those doubts at a critical junction in the case, just before Anna roped all of the co-defendants together from around the country for a meeting at Mr. McDavid's house. It was at that meeting, the government alleged, that the group agreed to do something.

Like the missing correspondence, the polygraph order remained concealed throughout trial. It surfaced only in response to a Freedom of Information Act request which McDavid's supporters submitted 2-3 years after his conviction. In response, the government produced roughly 2,500 heavily reacted pages while holding back nearly 900 others on various grounds. Among the items redacted in the polygraph order is the mere name of the Assistant U.S. Attorney who signed off on it, concealed for alleged privacy reasons.

Far from turning over the withheld information promptly upon discovering it, as officials claim, the government still has not produced the nearly 900 pages it held back from the FOIA production. Among these, the defense believes, are other emails from Anna the informant to Mr. McDavid, as well as any information underlying the polygraph request, including who ordered it, who cancelled it, and why. Anna's credibility was everything at trial. She made numerous inflammatory allegations against Mr. McDavid which were uncorroborated by any recordings in the heavily wired case or any other witness. Sandbagged, there was little Mr. McDavid's trial attorney could do to impeach her. Prosecutors pressed this advantage too, telling the jury in closing: "Your mission is to decide if Anna is telling the truth. ... [t]he question, the reason you are here in the first place is to decide whether or not she's telling the truth."

The government has also downplayed a declaration by Mr. McDavid's co-defendant, Zachary Jenson, who cooperated with the prosecution in exchange for leniency. In a letter to the Sacramento Bee, U.S. Attorney for the Eastern District of California Benjamin B. Wagner parrots what the government wrote in its filed response, that Mr. Jenson's declaration does not contradict anything he testified to at trial. On the contrary, Mr. Jenson's declaration details how prosecutors pressured him to shade the truth on the stand and squelch what he wanted to say, namely that Anna entrapped Mr. McDavid. (See discussion in Mr. McDavid's filed habeas reply.)

The U.S. Attorney is correct about one thing: As a condition for being released from prison, Mr. McDavid pleaded guilty to a new felony charge of general conspiracy which carries a maximum penalty of five years in prison, half the time he had already served. But if McDavid was entrapped, as the evidence overwhelmingly shows, he is in a real sense innocent. Before the FBI fastened Anna the informant onto him and pursued him relentlessly with dirty tricks, he had no predisposition whatsoever to commit the charged offense. Whatever conspiracy he may have joined was a pure artifice of the FBI's and Anna's from the start.

The U.S. Attorneys who negotiated Mr. McDavid's release were not responsible for his entrapment or unfair prosecution. They inherited the case after the fact and acted honorably by helping to correct a grievous injustice. But they need to stop vouching for their predecessors and start conducting an inquiry. Ninth Circuit Chief Judge Alex Kozinski recently warned of "an epidemic of Brady [evidence withholding] violations abroad in the land." Unless and until prosecutors explain their so-called mistake, the public should doubt that's all it was. 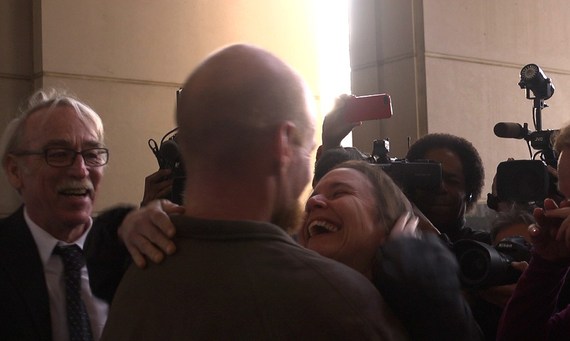