The symptoms of premenstrual syndrome may be distressingly familiar to many women, but why women get PMS in the first place has long been something of a mystery.

Now one researcher offers a possible explanation, arguing in a new paper that PMS arose in women because it helped break up couples that failed to produce children -- thus boosting women's chances of having children with other partners. "PMS is a simple and natural behavior that arose as a consequence of our evolutionary past," Michael Gillings, a professor of molecular evolution at Macquarie University in Australia and the author of the paper, said in a written statement.

Why would PMS break up infertile relationships? According to Gillings' hypothesis, "the animosity exhibited during PMS would be directed at the mate," weakening and ultimately severing their connection -- at which point they would be free to find other mates.

"Imagine that a woman was pair bonded with a sterile or infertile male," Gillings said in the statement. "If women in these relationships exhibited PMS and this increased the likelihood of the pair bond dissolving, this would be a huge reproductive advantage."

Gillings based his hypothesis on a number of factors, including the high heritability of PMS and behavioral studies involving PMS symptoms.

But not everyone buys the hypothesis.

"It's extremely difficult to extrapolate from what we see in ourselves today into the remote past," Dr. Olivia Judson, a research fellow at University College London and the author of "Dr. Tatiana's Sex Advice to All Creation: The Definitive Guide to the Evolutionary Biology of Sex" told The Huffington Post in an email. She called the hypothesis "intriguing but far from proven." Dr. Athena Aktipis, a research professor at the Center for Evolution and Cancer at the University of California, San Francisco, told The Huffington Post in an email that just because PMS is inherited doesn't necessarily mean that it conferred any advantage.

"It could very well be that PMS is byproduct of some other trait that is adaptive such as the high hormone levels during the luteal phase," she said."Traits that are associated with higher levels of luteal phase hormones such as progesterone and estrogen include fertility and attractiveness, respectively. It would very well be that the emotional and physical symptoms of PMS are a byproduct of traits like these that improve likelihood of conception or mate retention. I would be cautious about interpreting the heritability and genetic basis for PMS as evidence that PMS itself is adaptive."

According to the Mayo Clinic, PMS affects about three out of every four menstruating women, causing symptoms ranging from depression and mood swings to tender breasts, food cravings and irritability.

PHOTO GALLERY
What PMS Looks Like, According To Stock Photos

Here's Why Women Get PMS, If You Believe This Scientist's Evolutionary Explanation
What PMS Looks Like, According To Stock Photos 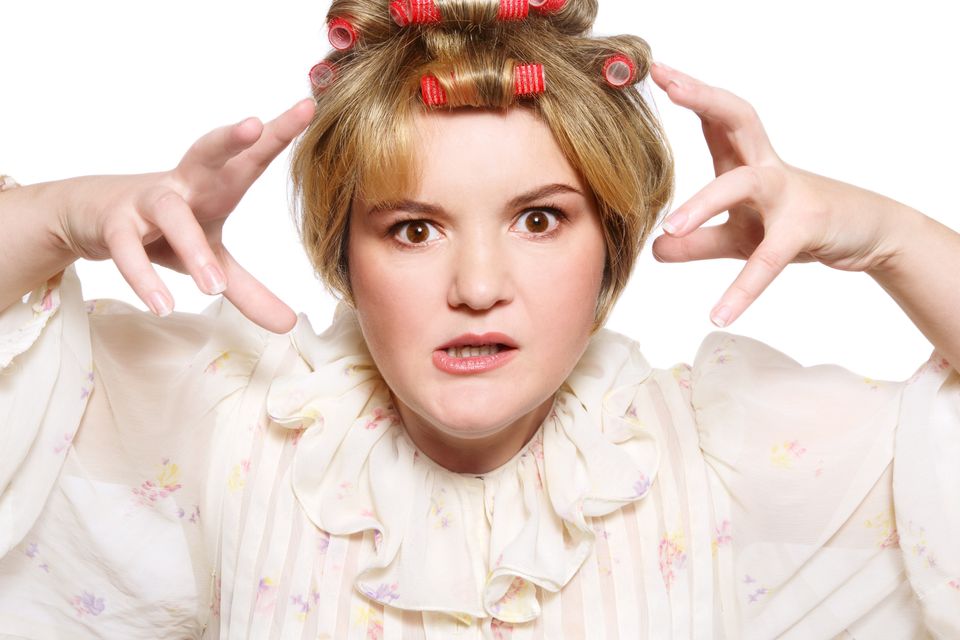 1 / 9
It's not PMS without rollers and ruffled collar.
Shutterstock