For more than 50 years, the usual gang of idiots at MAD Magazine have been at the forefront of satirizing the most relevant issues and pop culture of the day. Sometimes, they're able to bring their hilarious brand of juvenile humor to both at the same time and it's even better when they are able to infuse them with politics.

This issue, sure to cause a row among the campaigns (except, perhaps McCain's -- MAD Magazine is well after his time), hits stands August 13th. Readers of this site are privy to an advance look at the cover and a pair of movie posters that sum up the shortcomings of the candidates in the next election. 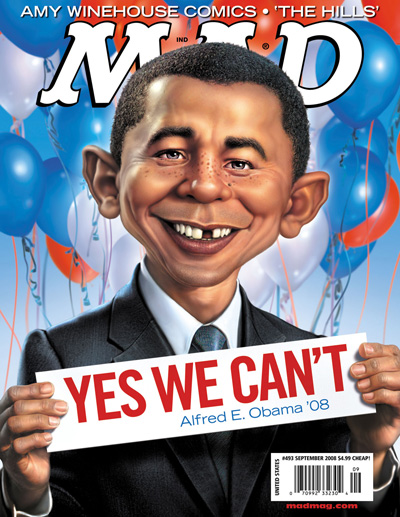 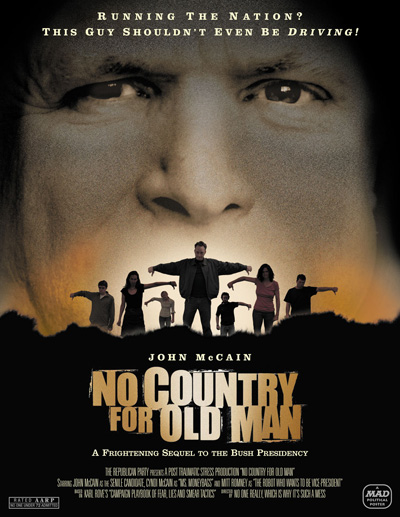 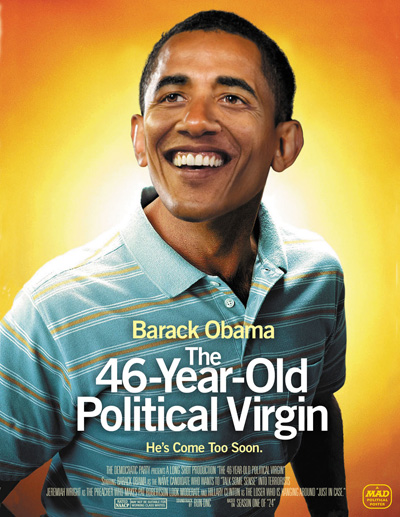 (Bryan Young is the Producer of "Killer at Large" and writes daily about comic books at Big Shiny Robot!)