Facebook's employees are well-fed. Very well-fed. Staffers at the company's New York office have the pleasure of eating at Desimone's, a spacious dining hall that has been operating since 2014. Let's be clear: Desimone's is no ordinary corporate break room.

Chef Nathaniel Eckhaus, who has cooked in the frenetic kitchens of high-end New York restaurants like Blue Smoke and Eleven Madison Park, dishes out breakfast, lunch and dinner five days a week at the location. He explained that it's intentionally designed "like a high school cafeteria, only in an all-grown-up format," to cultivate connection and satisfy all kinds of appetites. The employees actually sit together over their meals and talk to one another. I was most surprised by the lack of technology in Desimone's when I visited this month. It stunned me even more than the meat-carving and kombucha stations. 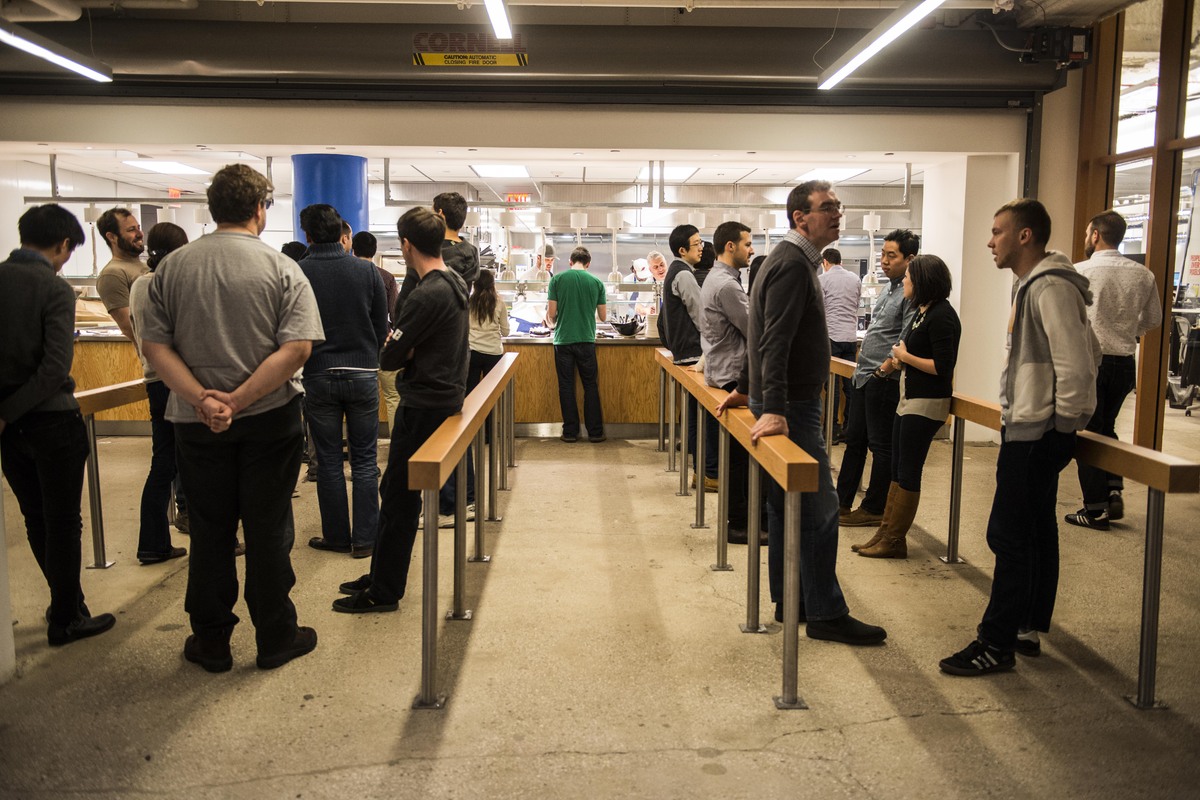 Employees waiting in line at the hot foods bar

"Desimone's has transpired into an almost work-free zone during meal periods, where coworkers just get to catch up over really good food," the chef said. "Best of both worlds, in my eyes."

Truly. Anyone can talk about food. (Especially when there's an egg-and-hamburger masterpiece smothered in cheese and sandwiched between a glazed doughnut.) The seating at Desimone's is arranged just like a school cafeteria, encouraging face-to-face conversations -- in real life, not through a device. This turns out to be a wise investment for the company: Studies show that strong social ties at the office increase an employee's performance and passion for her work. Desimone's helps New York Facebookers turn their colleagues into real-life friends. 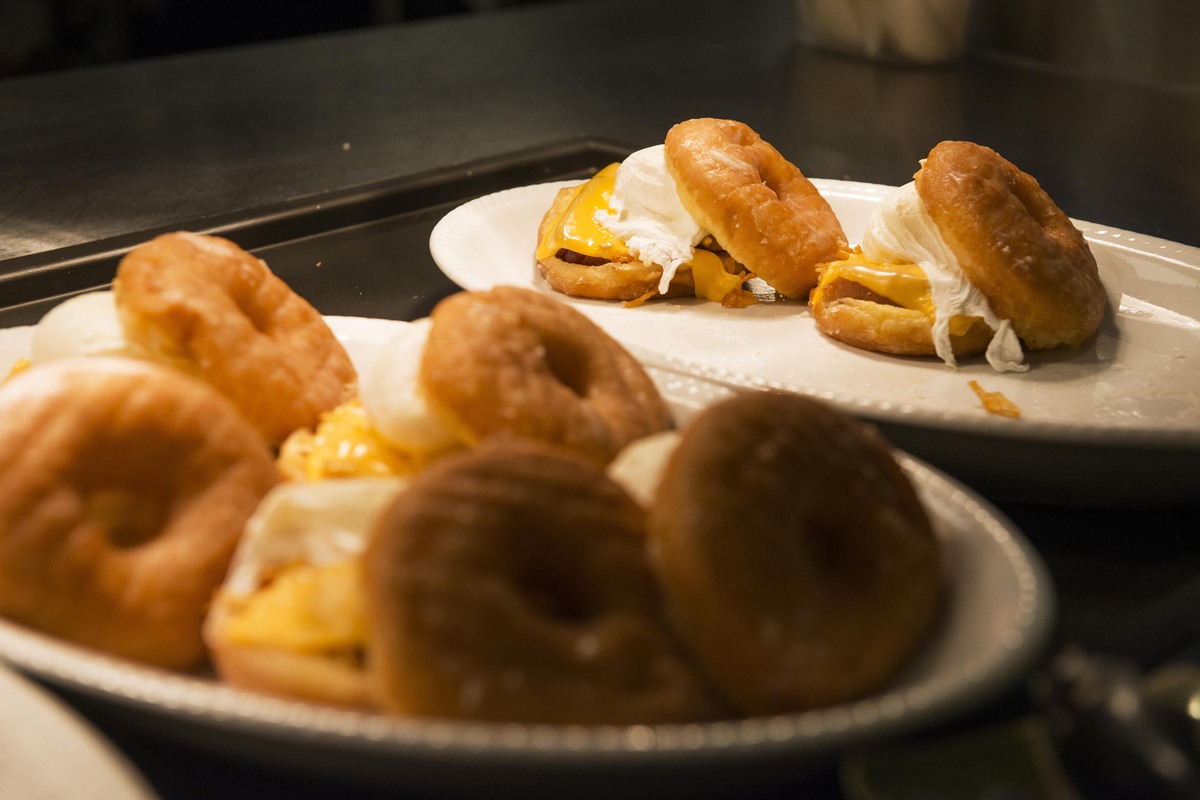 This may be the kind of dish that would hit the spot after a late Friday night out, but it tastes just as good on a weekday morning.

Eckhaus' model doesn't just encourage fun times; it could help transform great workers into excellent ones. Research shows that taking regular breaks during the workday fosters creativity and focus, and that feeling relaxed can help people make insightful connections. At Facebook, stress-relief is built in to the office infrastructure, which may contribute to the company's success. A Harvard study found that for every dollar a company spends on wellness programs, it makes back $3.27 in the form of lower health costs, and the equivalent of $2.73 in reduced absenteeism.

The cafeteria set-up also forces diners to get up and move a little, if just from the hot bar to the waffle station. That may sound trite, but short walking breaks can help combat the damages caused by sitting all day. 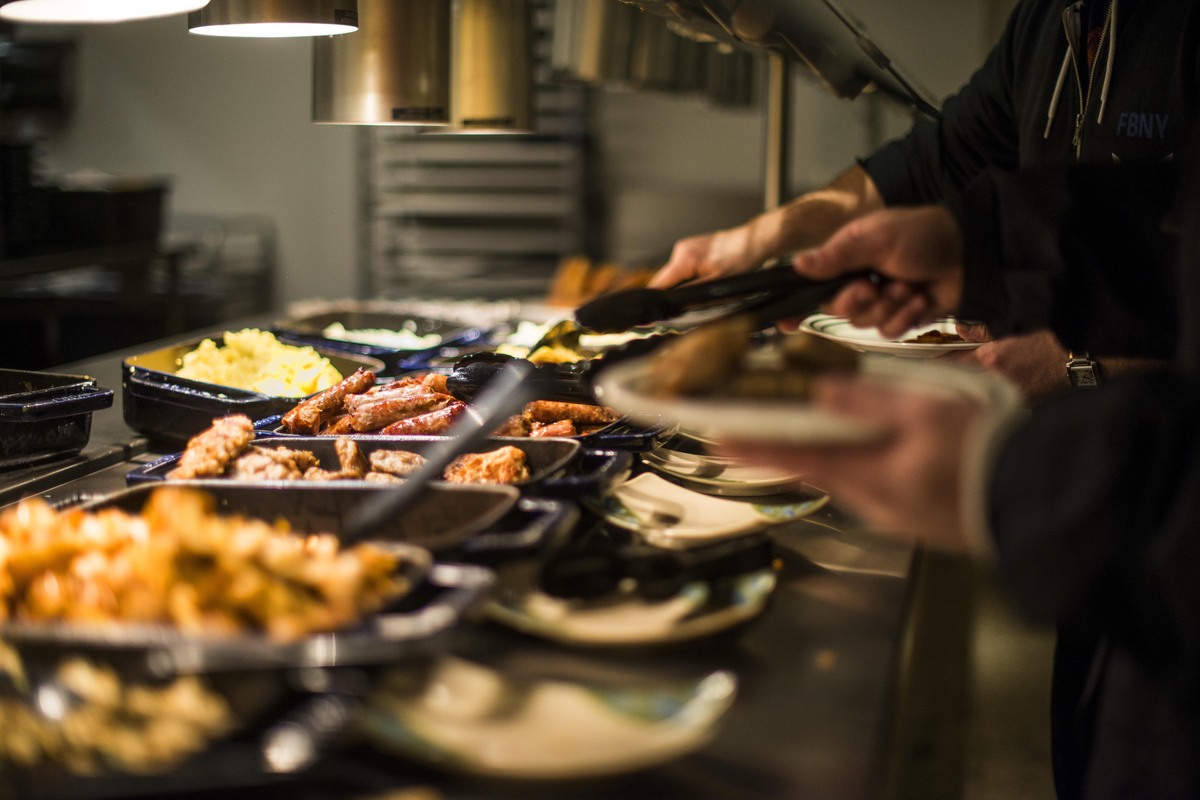 Facebook founder Mark Zuckerberg announced last year that the company's splashy internal motto, "move fast and break things," would change to "move fast with stable infra." The stable infrastructure refers to spending more time building well-functioning product, but you could say Facebook's New York cafeteria mirrors the recharged anthem. Eckhaus emphasized that his menus, which are outlined six months in advance and change daily, are constructed with the intention of making people comfortable. The chef incorporates international ingredients and dishes, working off the notion that food has an intense connection to emotion and memory. The Facebook staff is employed from all over the world, and represents a microcosm of New York City -- a melting pot. The chef said he'll sometimes cook a specific dish so someone in the office can have a taste of home; he might make a pork belly-and-rice dish native to the Philippines with a Filipino engineer in mind. 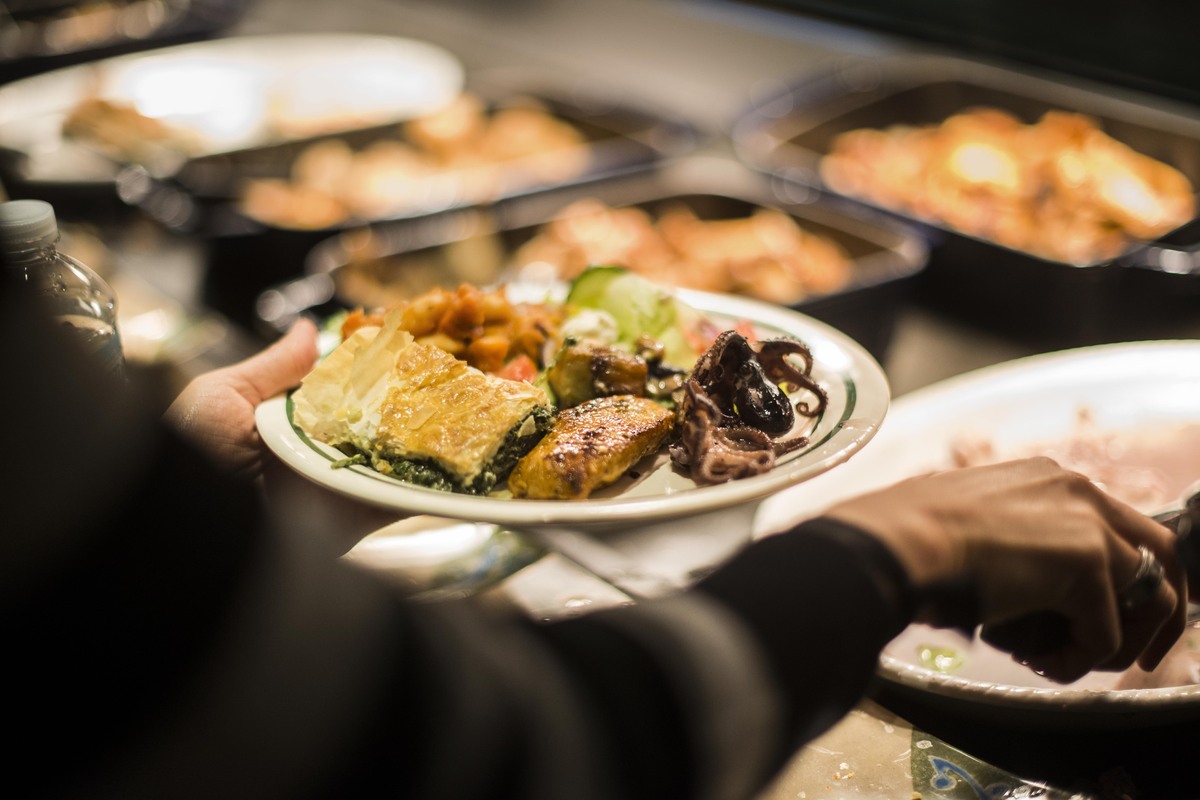 I happened to be visiting on a day when the theme was "Greek." What you see on the plate is grilled octopus and spanakopita. Oh, and there was Greek music blasting from the kitchen -- I'm serious.

Desimone's panders to a wide range of palates and diets. A vegan pastrami sandwich, made of tofu dyed red with beets, was plated next to the multiple panini presses (grilled cheese anytime, folks) on the day I visited. The extravagant salad bar, filled to the brim with locally sourced produce, is replenished all day. 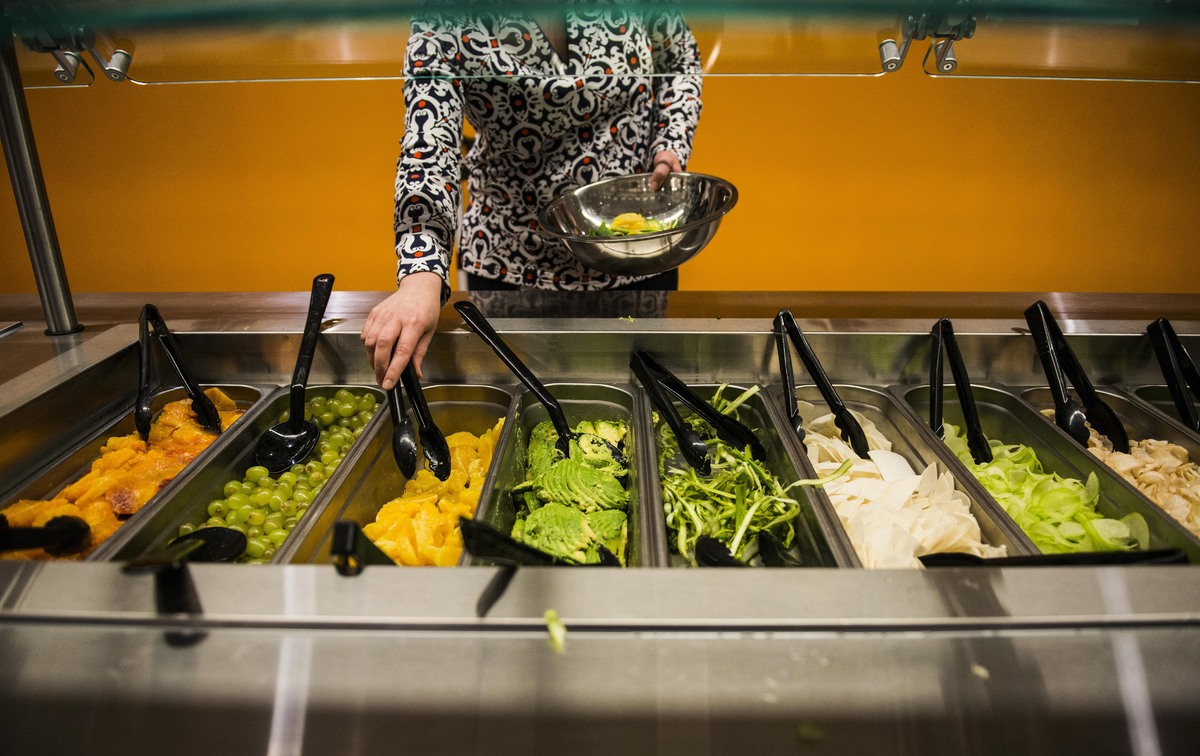 A carving station, fresh juice, soups and sandwiches are other lunchtime staples. And there's always dessert. Much of Desimone's is set up in a self-serve style because "New Yorkers like to control everything in their lives," Eckhaus said. You could create a plate featuring a smorgasbord of seasonal vegetables (like salsify and Jerusalem artichokes), soft-serve ice cream with cookie dough toppings and a nice piece of brisket within seconds, if you wanted. 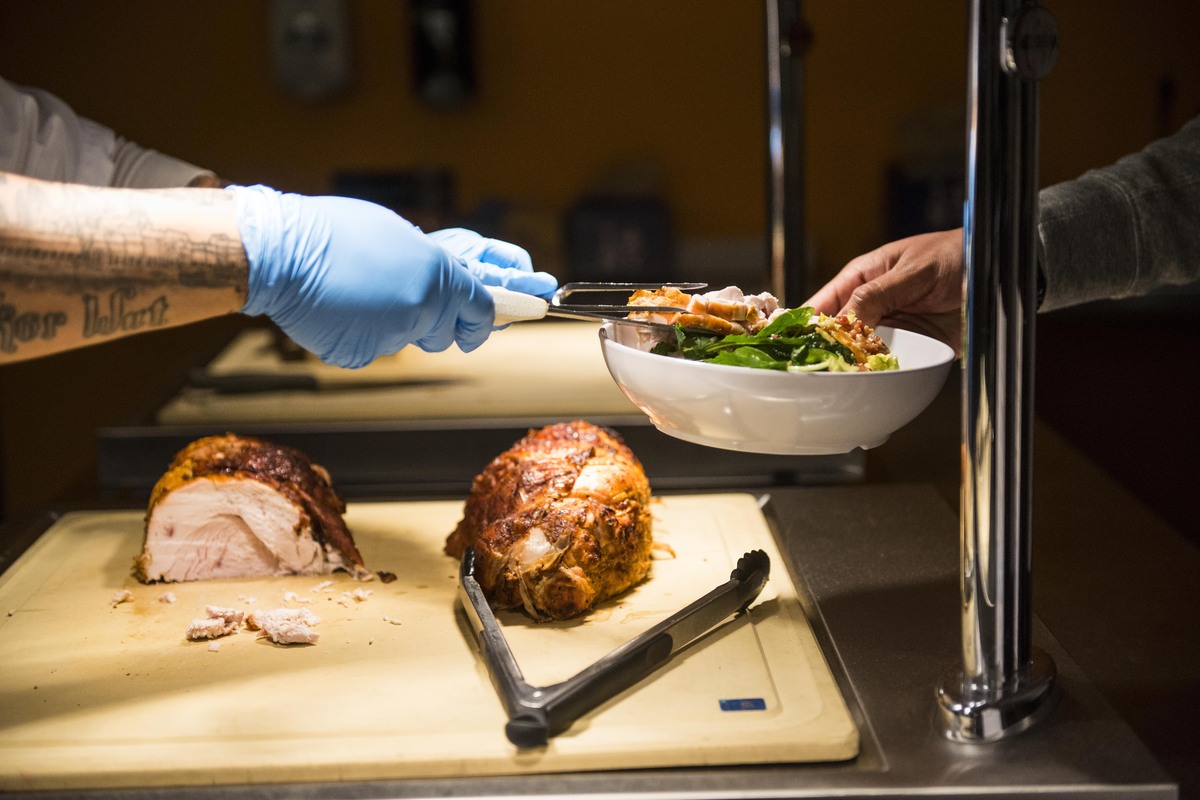 Desimone's serves some serious brain food -- such as dark leafy greens, fruits, vegetables and lean protein, which studies have shown can increase workers' thoroughness when eaten in the right ways. But there's no policing lunch lady: If you want the doughnut, have the doughnut. 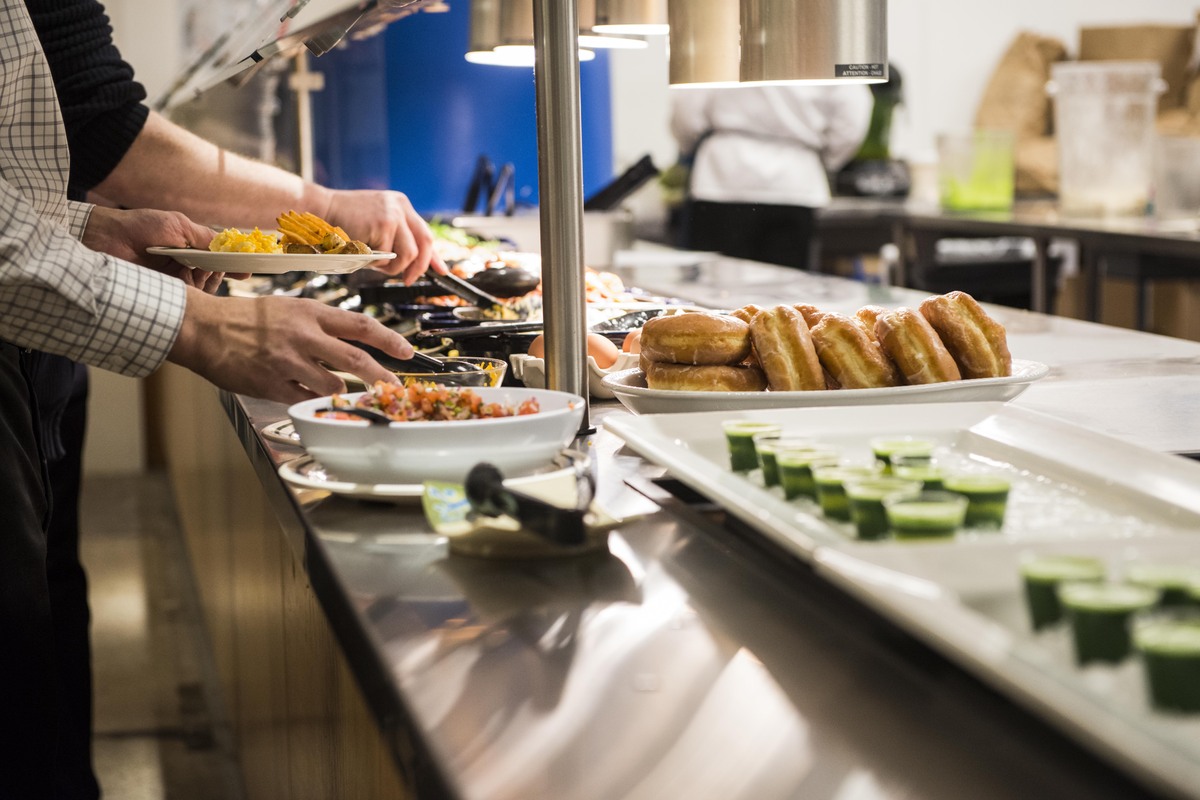 A doughnut or a shot of wheatgrass? Fortunately, tough decisions like these don't have to be made -- employees can have one of each.

Facebook's cafeteria is an amusement park for a fun-seeking food lover, but really that's just an extra bonus to what's at its core: Everyone is taken care of. It's not just the engineers who benefit from the cafeteria's breakfast-to-dinner schedule -- the cooks get to go home at night. After years of working late nights in the kitchens of upscale restaurants, Eckhaus says running a corporate cafeteria is a welcomed lifestyle change for him. The chef looks forward to crafting original menus that delight diners as well as to getting home before midnight. "I get to see my kid at night," he said through a crazy-enormous grin. 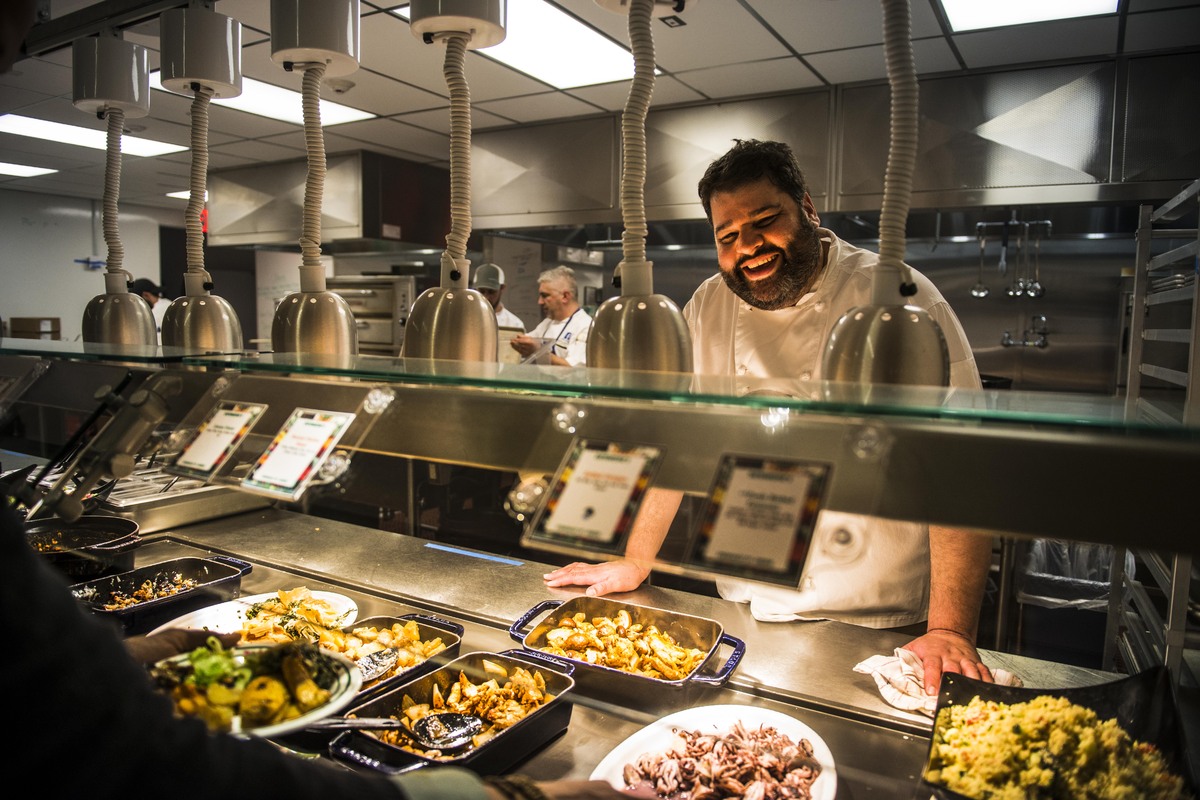 The luxe dining hall is not a viable option for most corporations, but its essential goal can be achieved on a smaller scale. Providing employees with a recreational space that helps them get to know one another as people, not worker bees, is a smart expense for any company. Plus, snacks are always nice and received with gratitude.

"[All businesses are] looking for ways to increase productivity, recruit the best and offer a benefit that the employees will perceive as a huge benefit," Eckhaus said. "Why not cross all three off the list in one single swipe and do it through food?" 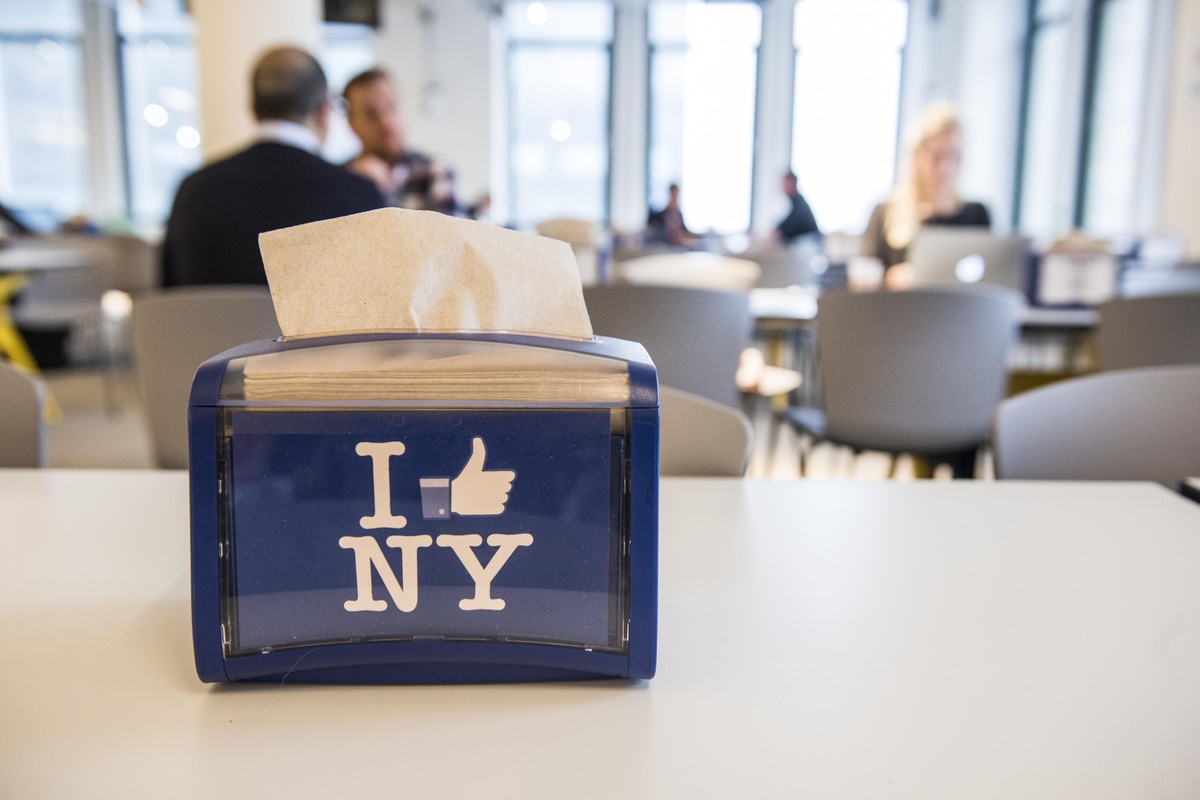