But the 75-year-old is a fan of Prince anyway.

“I like the song ‘Purple Rain,’” Hanson, who lives in a tiny community in rural North Dakota, told the Grand Forks Herald, referring to the music legend’s 1984 hit.

To honor Prince, who died last month, Hanson recently created a massive tribute to the singer: A football field-sized version of the musician’s iconic “love symbol,” plowed into a corn field.

Hanson told the Herald that he'd decided to create the Prince tribute on a whim last week.

“I thought to myself, maybe I should try something like that,” he said. “I didn't tell anyone I was going do it, I didn't even tell my wife I was going to do it. But it's been fun.”

On Friday, the farmer climbed onto his tractor and, while looking at an image of the symbol that he’d found on the Internet, started plowing his field.

Once done, he got into his airplane to get a bird’s-eye view of his handiwork, reports The Associated Press.

Hanson says he “couldn’t believe that it had turned out so well.”

The homage to Prince, which measures an estimated 300 by 200 feet, is only temporary. According to Hanson, his field was seeded this week.

Prince, who died on April 21 at his Minneapolis home, first introduced the world to the “love symbol” in the early 1990s, when -- prompted by a testy contractual battle with Warner Bros. -- he changed his stage name to the unpronounceable symbol.

He was subsequently referred to in the media as “The Artist Formerly Known as Prince,” before he resumed using the name Prince in 2000. 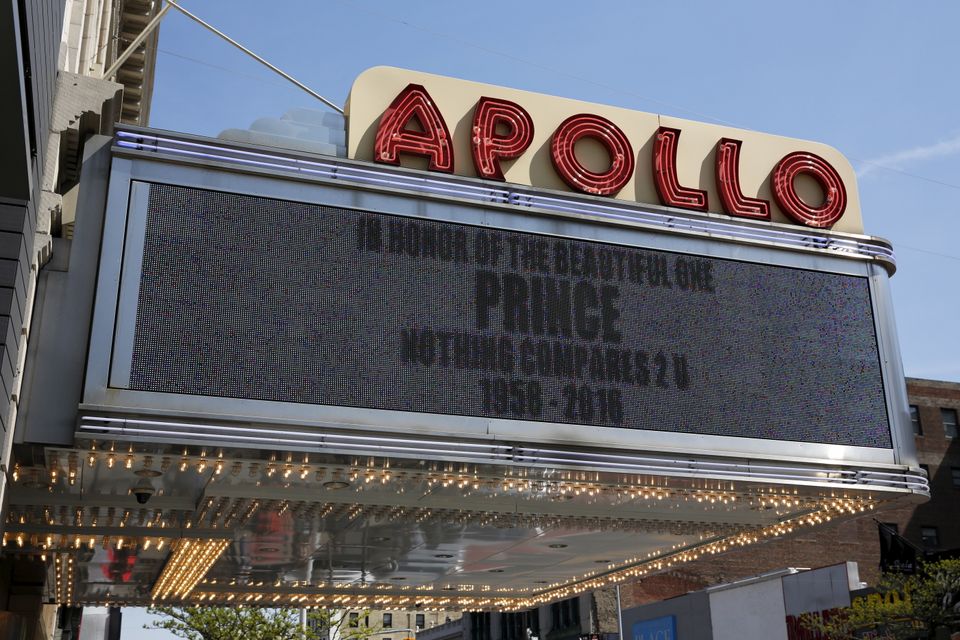