The backstory of Jim Keville's "Fetish Feel" at L2kontemporary: In the beginning (Think of Michelangelo's Sistine Chapel fingers of Adam and God) was not the Word but the touch. And the touch was tactile; it communicated a feeling, a message, a DNA. And the feeling, the message, the DNA was the same as the handprints and signatures fudged into the concrete in front of Grauman's Chinese Theater: I. Was. Here. 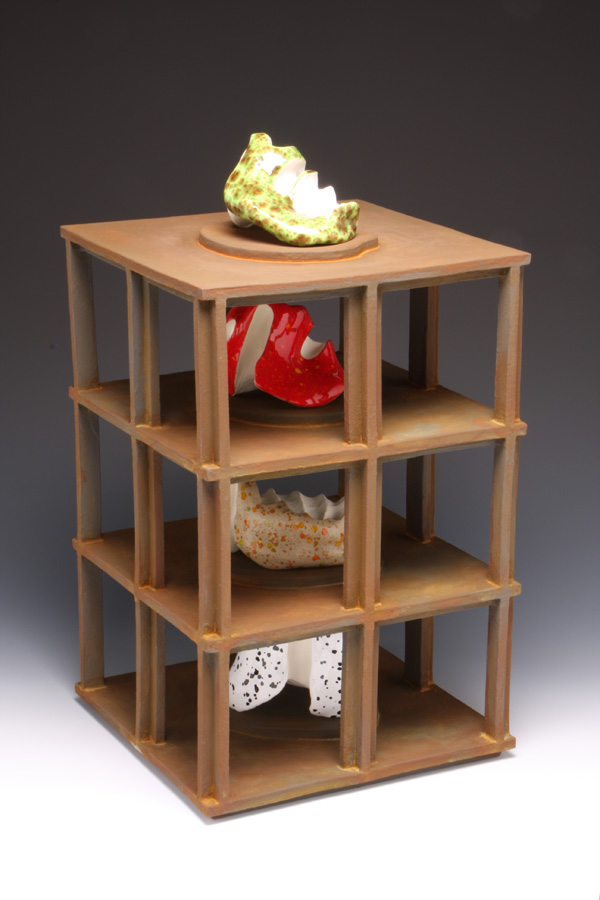 These objects begin from the primal urge to touch. They emerge from a gesture (A hand embedded in and removed from clay) and end as gestural sculpture (The pinch's negative imprint in the clay leaves a map of its journey as well as the fingerprinted ruts of the journey itself.) Wouldn't you like to pinch everything you come across? We're hardwired for it. 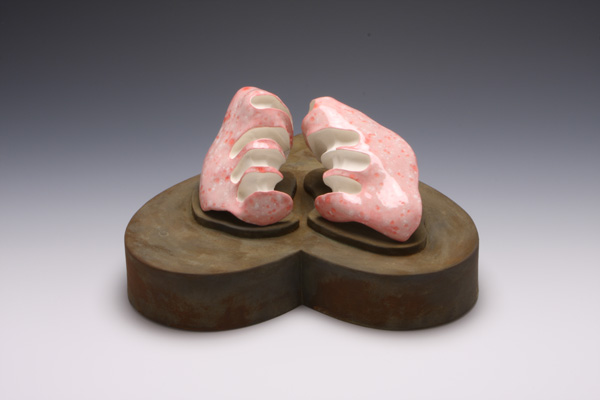 As Scholar Stones, found in traditional Chinese gardens, dating from the Song dynasty, they may (or may not, part of their appeal is their coincidental resemblances) suggest hearts, lips, a pear; or abstractly, an object of appreciation. They're shiny and chromatic; so scrumptious and delectable you want to bite into them. Like the nougat center of artisan candy, the interiors are the sweetest bits. They show the grooves and ridges of the artist's hand. You want to break the surface to see what's underneath. 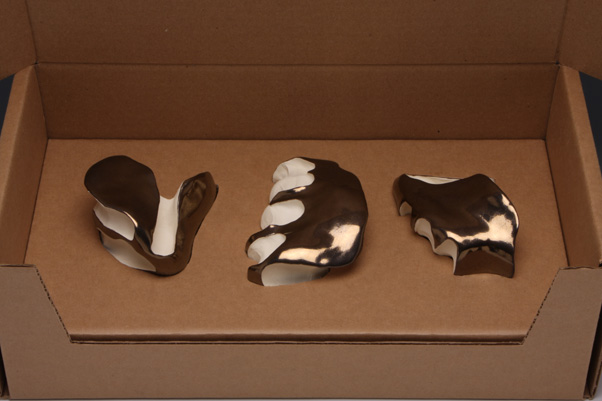 The exhibition may suggest Platonic perfection pitted against a mortal core, but it resonates with packaging. Whether you think of the gallery space as a box of Whitman's Samplers, as dim sum delicacies arrayed, variously, on their little plates, or an assortment of Jelly Bellies, the exhibition displays these objects on walls, in or near the handcrafted cardboard box that house them, in wall-less, multi-layered structures or in photos that situate them indoors or out-. Their message? That, like a magpie, we obsess on glossy surfaces and ignore what's beneath. That it's easy to expect perfection (shiny and colorful reflective surfaces), not realizing that perfection exists but in the mind. 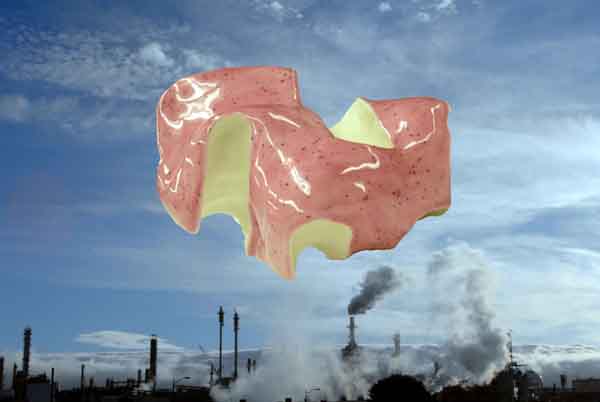 Fetish works on contrasts: Technicolored glazes outline the uncolored handprints and stand in stark opposition to the corrugated box. The smooth, glossy, Platonic surfaces versus the organic, fingerprinted, raw clay. Though their glossy surfaces suggest machine-made automotive finishes, the markings on these objects affirm that, personal, hand-crafted, and humble, they were made by hand. Simple, straightforward, profound, their skin deep beauty may attract us but it's what's below their surfaces that make us want us to spend time with them, plastered across and around the gallery. In an age of irony's tongue in cheek, prefabricated sleekness, it's the fetishistic, human touch that waxes nostalgic.