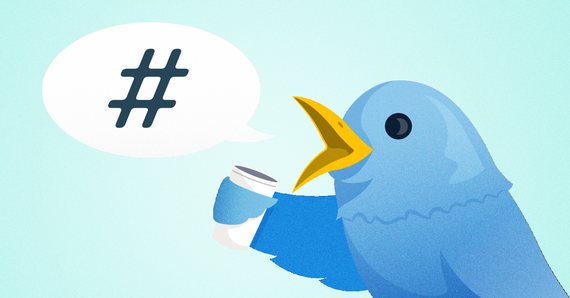 I have always loved you and I always will. As I sit here writing this, I can't help but think how excited I am about our future.

Everyone is saying #RIPTwitter, but I still believe in you. And I'll tell you why, starting with where you were and why you succeeded.

Launched in July of 2006, Twitter was a platform that experienced consistent and steady growth for many years. What made Twitter unique was the infrastructure and psychology that coincided with the rise of mobile text messaging. They hit the coveted one million user milestone and within two years a billion tweets had been sent on the platform. In 2009, when the platform was just under three years old, Nielsen put out a report stating that Twitter had grown 1,382% year-over-year. 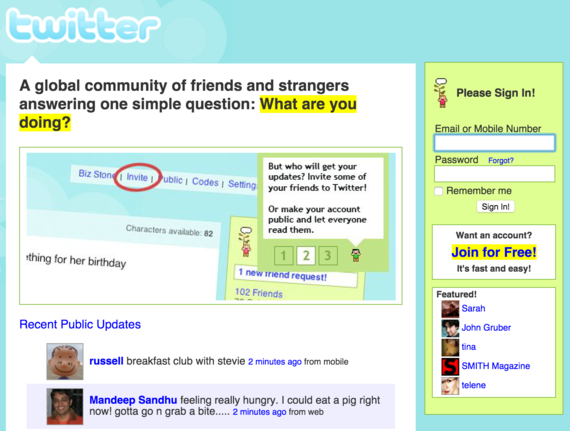 A tweet was very similar to text messaging. In fact, Twitter was one of the first mobile social media platforms. Users could set up their phone to tweet from it; send an SMS txt and the tweet would appear on your profile. Don't forget that Twitter was launched a year before the first iPhone was released. The fact that Twitter built a product around the mobile phone culture right out of the gate is significant: it created a new social pipeline.

Despite confusion surrounding what Twitter was (the staff made a pretty bizarre video explaining its purpose), it obviously had a massive appeal to internet users.

You could probably make the argument that Twitter was one of the most significant things to happen to my career. While running my family wine business, I used Twitter's search for market research and to find new customers. I could search "Santa Margherita Pinot Grigio" and find out what everyone on the platform thought about it, what they were saying, and who was looking to buy. Later, as I achieved a sort of cult fame status with my first YouTube show, WineLibraryTV, Twitter helped me grow my personal brand. It allowed me to respond to people one by one, on a personal level. 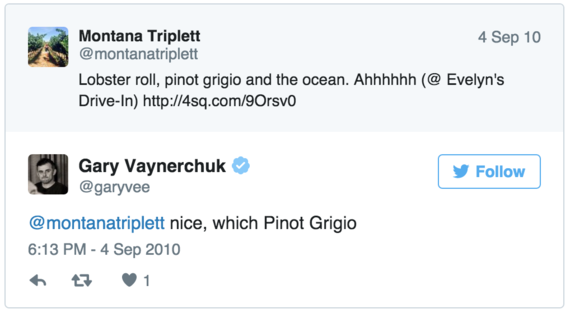 A new social pipeline, the quick blogging style, the similarity to texting: all these things were great for Twitter.

But there was more, much more, that attributed to its success early on.

When Twitter first launched, there were three major aspects to its functionality and culture that pointed to it becoming a great success in the world of social.

The first is something that we have always seen for every successful platform: disproportionate attention and consumption by the end users. The amount of eyeballs, you could get on one tweet compared to the trouble of sending one tweet? Insane. The ROI was solid.

Secondly, the platform itself had incredible word of mouth capabilities. If you know about business, you know that word of mouth can be one of the most effective ways to grow awareness at scale and at cost. Twitter's retweet button was an incredible invention of a new social psychology. The idea of a "retweet" as an endorsement and as a way to "share" someone else's content within your feed and with your followers, was relatively new (outside of blogging). Now, it's a common thread seen across all social: share this, reblog that. But Twitter was the one that made it mainstream.

Lastly, because it was a public domain of people sharing thoughts, ideas, and opinions, it created an enormous database of consumer insights. If you were willing to sift through it, it was a goldmine to find people you or your brand were looking to connect with. Like I said above, I owe a lot of my success to Twitter. Twitter search helped me build my business and personal brand. It was enormously fruitful and helpful. And best of all, it was all free.

All these things set Twitter up for enormous user growth. The platform was criticized for feeding into an era where people mindlessly share thoughts. But, it became so much more very quickly.

When the Mars Phoenix found water on Mars in June 2008, they announced it on Twitter. It proved its effectiveness at connecting to real time cultural moments when Oreo tweeted during the Super Bowl. And maybe most significantly, it showed that it could be a place to go for real time updates on major news; tragic events like the Boston Marathon bombing and world news like Arab Spring had their first breaking moments on Twitter.

Needless to say, I had faith. I bought Twitter stock and I was excited from what I was seeing. It had strong platform usage. It was a destination for breaking news. It popularized effective platform functions.

With all these things poised in Twitter's favor...what happened? Why is Twitter's user acquisition at a standstill, and why are their ad products failing?

Sometime in 2011, I started to notice that the content I was putting out on Twitter was not getting the attention that it used to. I went on Next Wave and talked about my concerns, about how I thought Twitter was starting to have a noise problem. Everything was down: reach, conversion, engagement.

First, I looked at myself. Was I doing something wrong? I audited my content. Then I looked at other accounts to see if there was a similar trend. I realized I was seeing the first cracks in the armor. The attention was slipping. As someone who is obsessed with day trading attention, I was very concerned. Tweets just weren't maintaining the same engagement as they used to.

Additionally, simply not enough people were using the platform. In those first two to three years of Twitter, television, the number one attention platform at the time, was falling over itself to promote Twitter. Every newscaster on every show had their Twitter handle, the bird symbol was at the end of ads. TV promoted it far more than it promoted Facebook. And yet, the user numbers just did not reflect that. It didn't catch on, at least not at scale.

My belief at the time, and it's still my belief now, was that the platform was confusing to use. The onboarding was not self-explanatory. Nobody knew how to use it, and some of the most important functions were just never explained. For example, so many people had no idea that starting a tweet with "@" made that tweet accessible to only that person (unless you had mutual followers). Nobody else would see it. That very basic, core functionality was left completely in the dark. I made this SlideShare to explain it and had people tweeting at me for weeks thanking me for it. For a long time, it was one of the most shared pieces of content I have ever made.

Users on the platform started to tune out. The culture of following a lot of users had backfired and now there was too much noise on the platform and there are not enough ways to filter through it. In the same way that e-mail marketing was ruined because of sheer volume (and because marketers ruin everything), Twitter had too much--it was too loud. The value of tweeting was decreasing.

As the value for users decreased, it naturally decreased the ROI for advertisers and their clients too.The CPM on Twitter was very high and still remains one of the highest today. Too much noise meant that that disproportionate value that had made it so valuable was disappearing.

My agency, VaynerMedia, used it heavily as a community management tool in 2009 and 2010. Nearly every brand we managed was on it. As the platform evolved, I wanted us (and still want) to still be using it like that. I thought we would have to be stupid to not take advantage of all the free data, conversations, and content being created about our brands. It was, and still is, an incredible customer service tool. But the marketplace wasn't convinced; they didn't see the value. The noise volume was just too high. And, unfortunately, 99% of brands are only interested in pushing out content; they don't want to use it as a listening tool.

It was a cocktail party, but nobody was really listening, just talking.

I sold half of my Twitter shares in June 26th 2014, for $41 a share. I stayed on the platform. I remained active. But I couldn't justify the investment any more. I was concerned about where the business as going. In fact, I probably kept half my shares more out of loyalty than anything else. 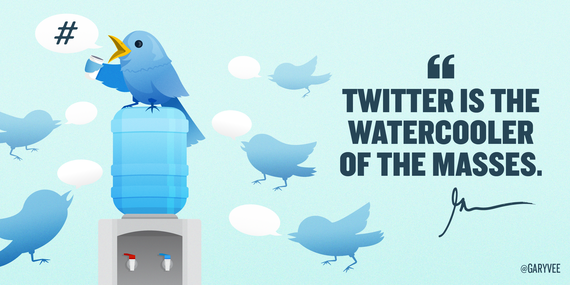 Twitter needs leadership to evolve the product, and that is exactly what they are doing.

The two major things Twitter needs to solve for are the algorithm of the dashboard (what content shows up in your feed and why) and length of tweets. Recently, Twitter has questioned these functionalities and that's a great sign for Twitter. Without a doubt, these changes should have come sooner. But, they aren't trying to grasp at what used to make it great and they are looking to change it drastically. When a platform can be unromantic about itself, it sets it up for a much better shot at success. Similar to when Snapchat got rid of the "hold to view" function, or how Facebook routinely shifts and evolves its newsfeed algorithm, if Twitter can move on from what used to define it and create a new space, it will not fail.

A great example of this is when they switched from "favoriting" a tweet with a star to "hearting" it with a heart. It felt like a small shift, but it was huge in that it was indicative of Twitter accepting that they fundamentally needed to change confusing parts of their interface.

Twitter has also done a good job in continuing to try and double down on owning real-time moments and a live experience. They introduced native video opportunities in 2014, and views and usage grew very quickly. They bought Periscope in 2015--a live streaming platform with an appealing and easy user interface. And, most recently, they introduced "Moments." Moments is their real time news related product: it brings together all the most talked about topics of the day in one tab.

A company is only truly failing when it refuses to accept change or adapt to current situations.

Because the thing is, I think Twitter is a fantastic platform. Yes, I sold my shares. That might make you question my opinion right now. But I look at Twitter the same way you might have looked at CBS a few years ago. When you're the fourth place network, things aren't going great. But if you can make the right moves, the right choices, at the right time, you can become the number one network. It's no different for platforms.

I have faith in Twitter as a platform. It's a powerful tool for social utility and a great social network.

The exclusive cocktail party that it once was is now a water cooler of the masses.

The things that I talked about in the first part of this article still apply and are still relevant. The word of mouth. The public forum. The search features. The conversations. All these still make Twitter a very strong platform.

I believe that Twitter has enough scale and enough brand equity to succeed. It brings value to those who know how to use it well. If Jack Dorsey makes the right two to five decisions, the company could start the momentum as a product in the right direction.

They just need one big hit. 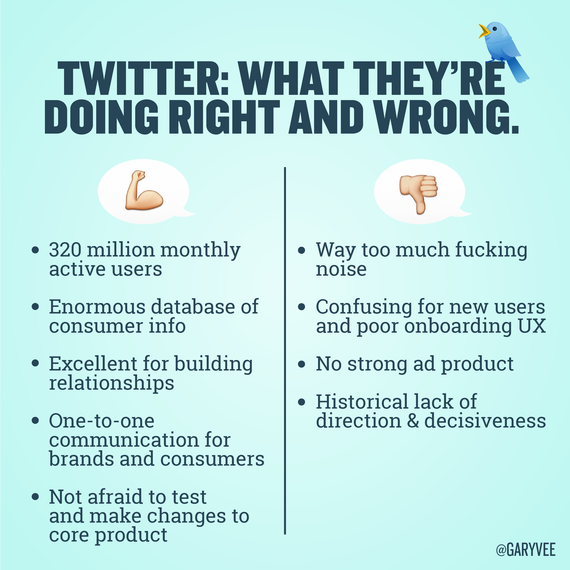 This article was originally published on my website, GaryVaynerchuk.com.