Via Curbed LA: If you're prone to bumping into sharp corners, be careful here. Frank Gehry designed this Hancock Park cubist compound in 1964 as a commercial space. In a 2004 interview with the BBC, Gehry remembers the negative reaction that local architects had to his cubist studio: "the local architects came out against it publicly. They would say funny things about it. I don't know why... [they said] it was not honest, it was contrived." Despite the criticism, the Danziger studio was later recognized as a significant piece showcasing Gehry's evolution as an architect. Curbed LA quotes An Architectural Guidebook To Los Ángeles: "Though restrained compared to his current work, the Danziger Studio building indicates how he was moving from the world of traditional architecture to sculpture as architecture. Minimal architecture at its best."

In 2008 it was updated and re-conceptualized as a dual live-work space by the studio of Glenn Williams Architect. The residential part has two bedrooms and one bathroom in a two-story building. It's joined by a central courtyard to the work studio, which has a reception area, several offices, and a bathroom. The home is being sold by director Philip Noyce, who has directed Angelina Jolie twice in films Salt and The Bone Collector. He has also directed Harrison Ford twice, for the films Clear and Present Danger and Patriot Games.

Photos by Kathlene Persoff, courtesy of the official listing with Timothy Enright of The Enright Company. 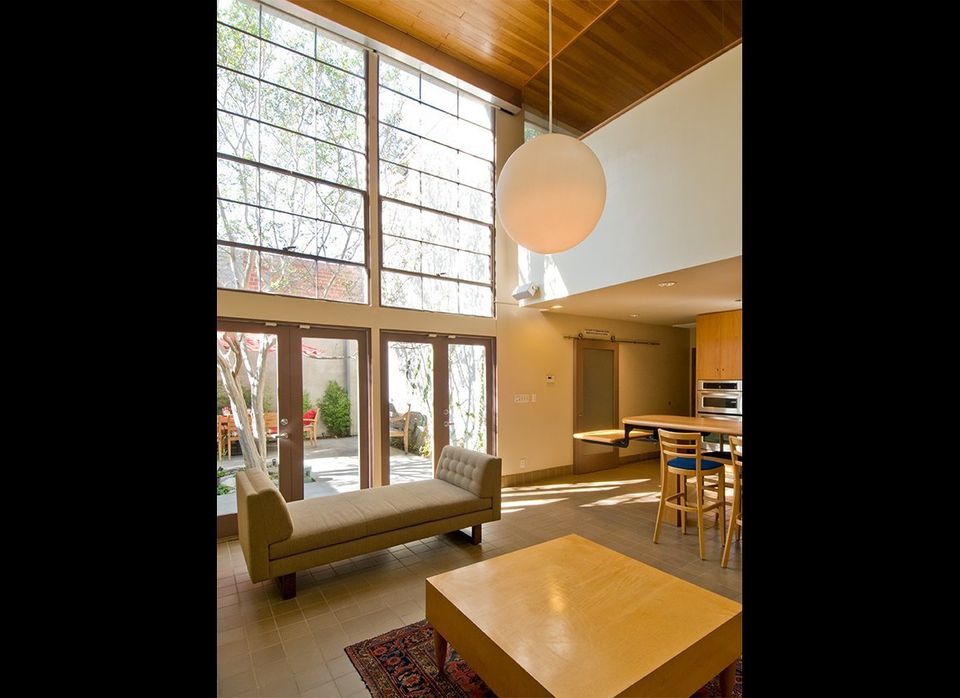