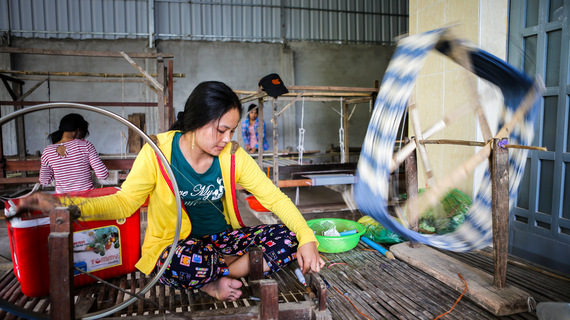 In 2011, when I met weavers in the villages of Cambodia who could no longer make a living, and mothers whose children were "adopted" by traffickers posing as good Samaritans, I began to think about how local people in rural communities could potentially expand their opportunities. This eventually led me to found Earth Heir, a social enterprise that creates and preserves our collective cultural heritage - the body of skills and experience possessed by artisans the world over - whilst improving livelihoods and bridging the craft, art and fashion worlds.

The artisan sector is estimated to be the second largest opportunity for rural employment after agriculture in many parts of the world, meaning it has significant potential for poverty reduction. I learned this heartening bit of news in 2015, during a visit with the Alliance for Artisan Enterprise, as I traveled the U.S. on an Eisenhower Fellowship. I had been aware that the textile and garments industry is the second largest polluter of water sources after agriculture, but here was a promising fact that further validated Earth Heir's mission.

The craft sector has often been viewed as requiring development assistance and subsidies, begging questions of whether hand-craftsmanship is indeed worthy of investment for economic growth. Most artisans, especially women in rural economies, work on crafts while also working in agriculture, and caring for their families. However, a circuitous route to market filled with complex challenges that hinder the making and selling of artisanal products means they have been forced to rely on external third parties. The emergence of ethical intermediaries who seek to empower artisans and create fair market access, eventually enabling them to become independent entrepreneurs, is facilitating artisans' entry into the formal economy and consequently the economic growth and wider prosperity of communities and nations. 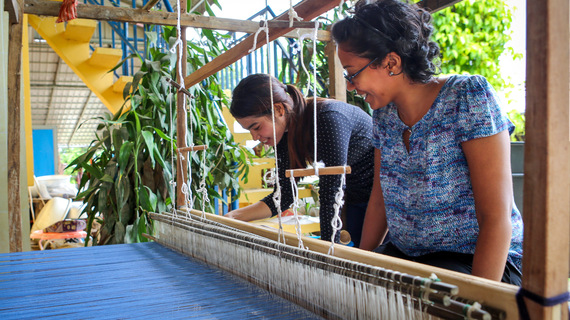 Weaving on a cotton hand loom in Cambodia, an area that can use ethical intermediaries to empower, not exploit.
Photo credit: Shan Lin Szetho for Earth Heir

The multivariate and essential nature of crafts has made their definition and categorization a challenge for stakeholders working to grow the sector. The challenge of a singular definition underlies the highly fragmented nature of the craft sector, with wide disparity in terms of the stakeholders involved, the types of goods produced, raw materials used, degree of mechanization, designs, degree of dependence or independence of the artisans, among other variables. A UNESCO/International Trade Center Symposium with delegates from more than 130 countries adopted a useful definition of artisanal products in 1997 that lends itself to the pluralistic experiences of how, why and what a piece of craft is.

USAID has also helpfully defined several categories of artisanal goods based on price segments: where the lower end of the market consists of inexpensive souvenirs (charity purchases) and handmade goods mass produced in small factories, while the other two categories are traditional crafts of high quality in the mid-to-high-end segments, and contemporary designer pieces which utilize traditional techniques and are considered luxury items. 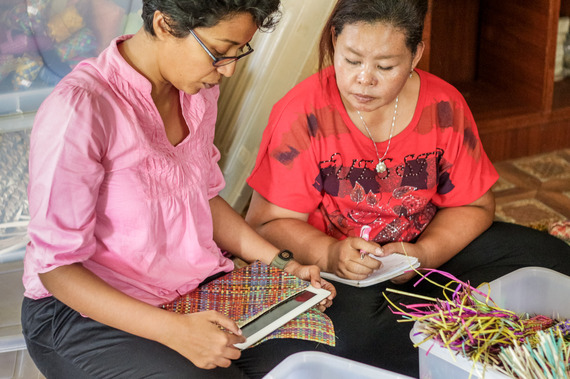 In the course of our work, we identified a tension between wanting to reach a larger group of artisans by pursuing the low cost, high-volume model, versus wanting to empower artisans by focusing on products that are well-made and transform consumer perceptions of craft from kitschy trinkets to pieces they can value and invest in. Globalization and mass production have brought a rising wave of appreciation for hand craftsmanship, customized experiences and the more conscious consumption that artisan goods represent. Much like the Slow Food movement, Slow Fashion advocates that we minimize the social, health and environmental costs of what we wear, use and buy. The direction is toward a new pattern of consumption that invests in people and the environment, is considerate of materials and production processes, and prefers products that are made to last, are recyclable or biodegradable.

It may not be feasible to consistently pursue the highest level of positive impact and lowest level of negative impact in the goods that we buy, but awareness and conscious consideration of our decisions to buy and why we choose to buy is the first step towards buying less and buying well. Just like we may want to know where some tomatoes were grown, global advocates, such as Fashion Revolution, encourage consumers to question the provenance of their clothes.

The ITC Ethical Fashion Initiative and other similar programs are bridging the gap between traditional crafts and fashion. This brings handmade goods into the mainstream, where a consumer could potentially buy the product even without knowing the story or social cause behind the goods. Consumer choices at this point are made not because they are feeling charitable and make a pity purchase, but because the product is beautiful and they want to have it.

This, then, is where Earth Heir hopes to be an agent of positive change in the Malaysia and the ASEAN craftsmanship sector - by championing, empowering and enabling artisan organizations to reach their full potential. We are all heirs of this Earth and in the words of Leonardo DiCaprio: "Let us not take this planet for granted."

Sasibai Kimis is an ex-banker turned social entrepreneur who founded Earth Heir, a company focused on celebrating the heritage of craftsmanship, social justice and sustainability. Sasi is a 2015 Eisenhower Fellow, a premier global network of leaders from all sectors working to better the world.