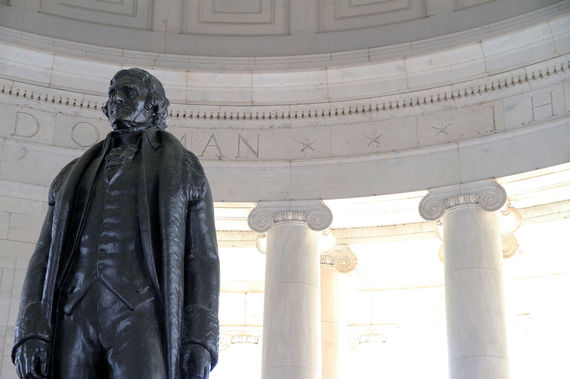 The founding fathers were great entrepreneurs. They shipped something akin to a software product: the first version of the "ideological operating system" of the United States. The operating system (OS) was composed of powerful institutions, visibly represented by values, beliefs, words, personas, and symbols.

Two very different symbols in our ideological OS have sparked passionate debate in the weeks leading up to the 239th Independence Day: on one end of the spectrum, an update to the $10 US currency bill and, on the other, the role of the Confederate flag in South Carolina, in light of the Charleston tragedy. Such reminders drive home the point that not only do ideological operating systems matter, but also that getting their design -- including seemingly minor surface symbols -- wrong can make the difference between a thriving, flourishing society and one being torn apart by its unexorcised internal demons.

The town of Braintree, MA was the birthplace of the 2nd and 6th Presidents, John Adams and his son John Quincy Adams. I chose the name Braintree for the technology company I founded in honor of the former. As much as I admire the greats of industry and technology, as a founder-CEO who built a company on the three pillars of culture, technology, and sales, my biggest source of inspiration has always been the founding fathers. Along with a few later political leaders, they persuaded us to adopt our biggest and most important cultural ideas.

America's great political leaders serve as powerful reminders of something technologists often forget: there are people who build equally important things with different tools. For political leaders, the tools of creation are powerful institutions, memorable words, enduring symbols, and perhaps most importantly, their own mythologized personas. Personas serve as models of certain values long after their own very human and flawed natures are buried and forgotten.

Take our financial system, for instance. Representing a major piece of our societal operating system, its structure is largely the result of enlightened economic, financial, and technological policies seeded by Alexander Hamilton: the face on our $10 bill.

Our other high-circulation currency notes symbolize other core national values: Washington ($1) for self-determination; Lincoln ($5) for justice; and Franklin ($100) for science and enlightenment. The one mystery is the face of the $20, Andrew Jackson, a president most associated with a reactionary attempt to reverse the progressive work of Hamilton. This history matters because we rewrite ideological operating systems by first rethinking the significance and meaning of the symbols we choose to signal on the surface. 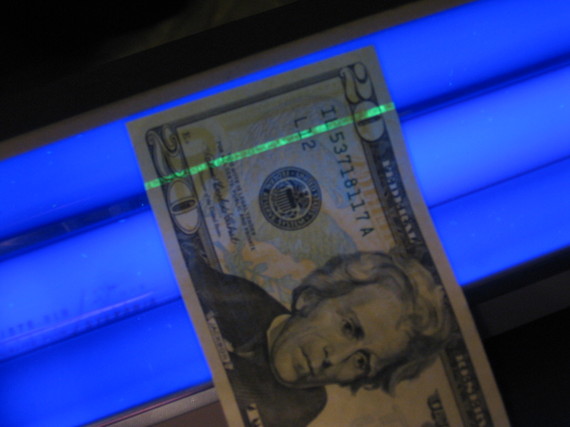 For example, on the surface, the idea that a woman's portrait should grace the $10 bill alongside Alexander Hamilton's seems like incremental progress, to be celebrated. On the other hand, in light of the failure of the movement to entirely replace Andrew Jackson on the $20 bill with a woman, it feels like a poor compromise at best. No matter which woman is chosen, the move, if it goes through, will represent a missed opportunity to make a much more significant change.

Most objectionably, it signals that woman could not possibly model an important enough value, or model it powerfully enough, to displace a man from one of the high-circulation currency notes. The move also signals that the values represented by Alexander Hamilton -- those of a modern, technologically, and financially advanced nation -- are the least important among those represented by the major currency notes. And most disturbingly, the move signals that the values represented by Andrew Jackson -- values much of America actively chooses to not celebrate -- are not open to reconsideration.

When it comes to the Confederate flag, to our collective credit, a broad emerging consensus is that there is no place in the national psyche for a symbol with such undeniable connotations of racism and slavery. The idea that to some the flag can be a symbol of regional identity, free of such dark connotations, is now regarded as disingenuous across the political spectrum.

Even within South Carolina, support for the flag is falling. It now seems unlikely that any future presidential hopeful will feel compelled to lie about their disapproval of the flag, as Sen. John McCain did in 2008. Though it took a grave tragedy, a significant and necessary change to our ideological operating system appears to have finally been made.

This battle underscores the importance of symbols, words, and the legacies of mythologized figures. Through them, positions are negotiated and battle lines drawn that shape the future evolution of the powerful backend institutions of our ideological operating systems. What may seem like isolated battles over a flag or currency note are in fact the visible signs of a battle over the future of the nation.

These examples bring to light two questions worth asking ourselves today to remind ourselves why these battles are worth fighting at all: What do we want the next version of the ideological operating system of American to look like, and who today can rise to the stature of a Washington, Hamilton, Adams, or Lincoln and lead an effort to rewrite it in a powerful way?

It is an operating system that 300 million Americans run in their heads, not to mention many more across the world influenced by the global spread of American values. Yet, it seems to take a traumatic event, somewhere between a tragedy at a church and a bloody civil war, to spark us to act and change.

Slow upgrades to our ideological OSs have historically worked, but the pace of societal change now requires renewed consideration. Think of how many times Microsoft or Apple has upgraded its operating systems in the past few decades. Upgrades to our technological and social operating systems need to be in-synch for a functioning and flourishing society.

Bryan Johnson (@bryan_johnson) is an entrepreneur, investor and founder of OS Fund, established with $100 million of his personal capital to support inventors and scientists working to benefit humanity benefit humanity by rewriting the operating systems of life.