As a priest in Manhattan, much of the Rev. James Martin's time is spent celebrating Sunday Mass, baptizing newborns and wedding couples, rituals and sacraments that are key to his Roman Catholic faith. But the few times a month he is asked to preside over funerals, he says, often trump the rest and are "one of the best things I can do."

Funerals show the church "at its best," says Martin, who calls them a "great opportunity" to comfort the living and remember the dead.

Each is different, but in his homilies, he uses a common theme: Jesus died and was resurrected, and so too will be loved ones who have left. "Suffering is never the last word," he says. "In the best eulogies from family members, the same message resonates."

Nearly 2.5 million people die every year in the United States. With an increasingly diverse nation of religious and nonreligious, a growing average lifespan, and medicine and technology changing how people live and die, each death is observed differently. Some become national tragedies, with the most gruesome or shocking deaths, or those of celebrities, splashed on newspaper pages and television screens. But for most people who die, it's their eulogies, shared at funerals and via emails, Facebook and letters, that keep memories of them alive.

"Eulogies are a fairly modern phenomenon for the masses and there are more and more of them being used," says Gary Laderman, a professor of religious studies at Emory University and author of Rest in Peace: A Cultural History of Death and the Funeral Home in Twentieth-Century America. "Up until the 18th century, eulogies may have been heard for leaders and people in the upper classes. But from the 19th century onwards, they have become an increasingly popular part of the experience of death in the U.S."

Laderman, who takes a cultural, religious and historical approach to studying death, says broad moves of democratization, from the "decreasing state influence of church" to the increase in technologies such as social media and the Internet, have led to the popularization of eulogies throughout the world.

The eulogy, which comes from the Greek term for "good words," can be seen across faith traditions. In Christianity, it's often a family or friend's remembrance of the dead at a funeral. In Judaism, the words are spoken by clergy in some traditions and by loved ones in others. In Islam, eulogies aren't always common, but the idea of remembering and praying for the dead persists. Spoken memories can take on an even higher value if there's no belief in an afterlife.

"Remembrance in Islam is not only done by gathering and making prayers," said Imam Sameh Asal of the Islamic Association of Raleigh, which has a guide to death in Islam. "The prophet, peace be upon him, said that the dead's memories live in three ways: Through their records of good deeds and sons and daughters who pray and remember them, charity they have left behind and that people give in their name, and the knowledge they leave behind in this world that people benefit from."

In Judaism, after the seven-day mourning period of shiva passes, "the idea is that you don't want to be involved with remembering your loss every day, but want to find a middle ground between remembering obsessively and forgetting permanently," says Harold Kushner, a Conservative tradition rabbi and author of When Bad Things Happen to Good People, a book spurred by the death of his son from progeria, the premature aging disease.

"When you summon up the memory of a parent, a spouse or a sibling, say four things to them: 'Thank you, I am sorry, I forgive you, and I love you.' Just ponder every one of those brief utterances."

Click through below for a collection of famous Eulogies from the last century. 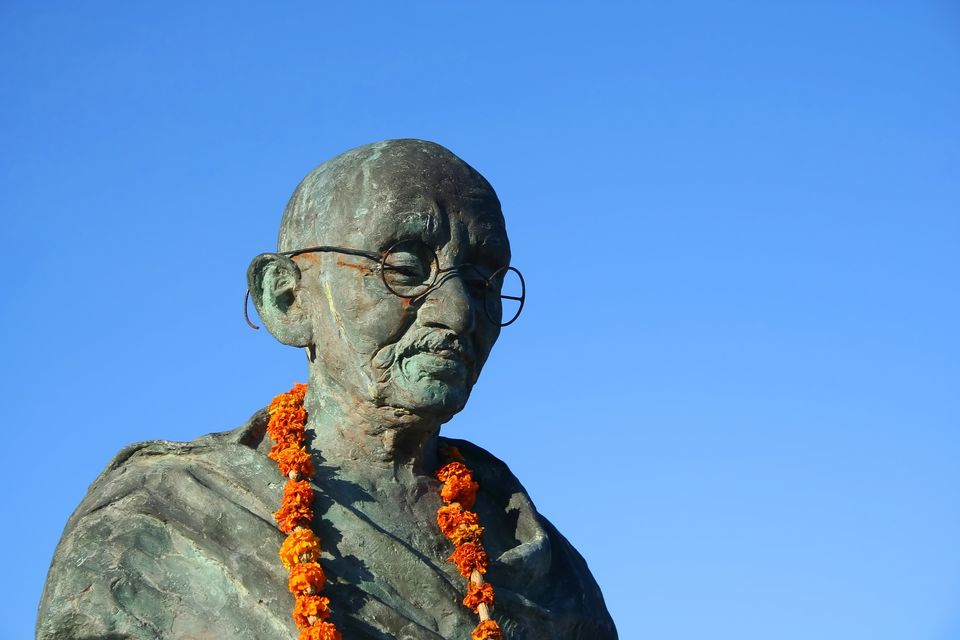 1 / 7
Mahatma Gandhi's Eulogy by Jawaharlal Nehru
From <a href="http://www.eulogyspeech.net/famous-eulogies/Mahatma-Gandhi-Funeral-Eulogy-by-Jawaharlal-Nehru.shtml#.UMidDJPjlqo">here</a>: If, as I believe, his spirit looks upon us and sees us, nothing would displease his soul so much as to see that we have indulged in any small behaviour or any violence. Friends and comrades, the light has gone out of our lives and there is darkness everywhere. I do not know what to tell you and how to say it. Our beloved leader, Bapu as we called him, the father of the nation, is no more. Perhaps I am wrong to say that. Nevertheless, we will not see him again as we have seen him for these many years. We will not run to him for advise and seek solace from hi, and that is a terrible blow, not to me only, but to millions and millions in this country, and it is a little difficult to soften the blow by any other advise that I or anyone else can give you. The light has gone out, I said, and yet I was wrong. For the light that shone in this country was no ordinary light. The light that has illumined this country for these many years will illumine this country for many more years, and a thousand years later that light will still be seen in this country, and the world will see it and it will give solace to innumerable hearts. For that light represented the living truth ... the eternal truths, reminding us of the right path, drawing us from error, taking this ancient country to freedom. All this has happened when there was so much more for him to do. We could never think that he was unnecessary or that he had done his task. But now, particularly, when we are faced with so many difficulties, his not being with us is a blow most terrible to bear. A madman has put an end to his life, for I can only call him mad who did it, and yet there has been enough of poison spread in this country during the past years and months, and this poison has effect on people's minds. We must face this poison, we must root out this poison, and we must face all the perils that encompass and face them not madly or badly but rather in the way that our beloved teacher taught us to face them.. The first thing to remember no wish that no one of us dare misbehave because we're angry. We have to behave like strong and determined people, determined to face all the perils that surround us, determined to carry out the mandate that our great teacher and our great leader had given us, remembering always that if, as I believe, his sprit looks upon us and sees us, nothing would displease his soul so much as to see that we have indulged in any small behaviour or any violence. So we must not do that. But that does not mean that we should be weak, but rather that we should in strength and in unity face all the troubles and difficulties and conflicts must be ended in the face of this great disaster. A great disaster is a symbol to us to remember all the big things of life and forget the small things, of which we have thought too much.
WikiMedia: