BERLIN -- Germany's reunification, nearly 25 years ago, once again placed at the heart of Europe a large power whose location, economic potential, and, yes, history, raised suspicions of revived hegemonic ambitions. Major European leaders at the time -- including Giulio Andreotti, Margaret Thatcher and François Mitterrand -- worried that Germany might seek to revise the results of the two world wars.

In German political circles in 1990, the very idea would have seemed monstrous and absurd. But the end of Germany's partition also meant the end of the Cold War's bipolar world order; and, as the world confronts an accumulation of dangerous regional crises and tensions (in Ukraine, the Middle East, and East Asia), the absence of a new order has become dangerously apparent.

Worries about the return of history's ghosts so far have been unfounded, at least as far as Germany is concerned. Though the global financial crisis and its effects on Europe have de facto turned Germany into an economic hegemon, it is not a role that the government sought or relishes. The reunited Germany remains a peaceful democracy, recognizes all neighboring borders and remains firmly anchored in NATO and the European Union.

But, while Germany today poses no threat to its neighbors or the European order, this obviously was not always so. For the first 70 years after its unification in 1871, Germany sought to enforce -- more or less alone and against France -- its political and military dominance in Europe. Failure in WWI led to radicalization under Adolf Hitler, which ended in total defeat and Germany's partition.

West Germany, founded in 1949, was anything but a sovereign power in foreign policy terms. The start of the Cold War meant the young West German democracy's firm integration into the western bloc, under the tutelage of the three Western Allies -- Britain, France, and America.

Germany also had to overcome the moral catastrophe of Nazism. Its core foreign policy concern was to regain the respect of the international community, and, ultimately, to retain the possibility of eventual reunification. These goals formed the basis of the Federal Republic's support for European integration, its approach to the Eastern Bloc (Ostpolitik), and reconciliation with former enemies and the victims of Nazism -- particularly the Jews.

When reunification came, on October 3, 1990, Germany regained full sovereignty. It has been trying to figure out how to use it ever since.

Europe's main power could no longer claim a special role within NATO and abstain from all military operations beyond its territory. To do so could have created a strategic vacuum in the heart of Europe and raised questions about whether the country was perhaps again pursuing its own route, this time between East and West. Germany thus had to find a way forward that satisfied both the pacifism of a large majority of the German public and the military requirements of NATO.

The fragility of Germany's foreign policy foundations was to become clear during the aftermath of the 2008 financial crisis. Though the main democratic parties agreed after 1990 that continuity and predictability in German foreign policy were essential, it was Germany that opposed a European response to the crisis and insisted on national solutions that would be coordinated by the EU.

As Europe's strongest economy, Germany suddenly was forced to lead. But it knew no better than to impose the lessons of its own experience -- particularly a concern for price stability that harks back to interwar hyperinflation -- on the rest of Europe. Germany's government still confuses the successful recipes of the Federal Republic with the very different needs of a continental economy's leading power. As a result, the EU has been in a permanent crisis, characterized by economic stagnation and high unemployment.

But Russia's return to militarism in Europe's east now seems to be bringing about a gradual shift. Suddenly, the security of Germany's own territory is at stake again. Indeed, Russian President Vladimir Putin's policies imply a direct threat to the EU's most fundamental principles, which have defined German foreign policy for decades.

It is no coincidence that one of Putin's central aims is to disengage Germany from the West (or at least to neutralize it). But German Chancellor Angela Merkel has undergone a remarkable transformation. Though she has remained willing to talk to the Kremlin, her commitment to Western unity has been unwavering.

This was clear in a recent speech in Sydney, in which she broke with the "policy of small steps" that had guided her in the post-2008 euro crisis. She clearly named the threat that Putin poses to Europe -- precisely because the threat is not confined to Ukraine.

It was a remarkable speech. And it provides room for hope that, faced with the current crises in the EU and in Eastern Europe, German foreign policy may finally be finding its feet. 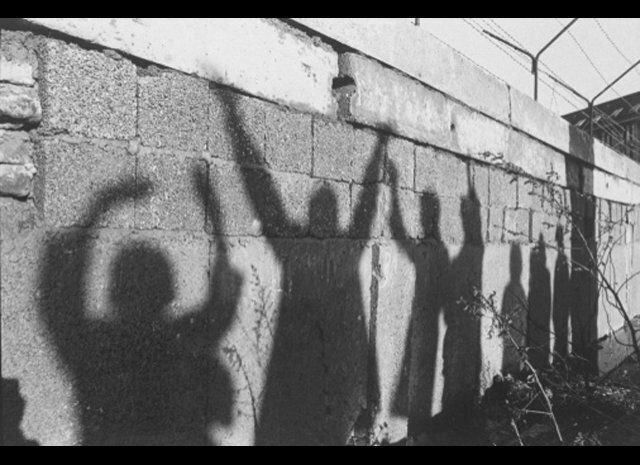 1 / 5
In the early 1960s, the great LIFE photographer Paul Schutzer went to Berlin to chronicle the construction and the effect on everyday lives of the then-brand-new Berlin Wall. What he saw, and what he photographed, provides a chilling glimpse into an era both eerily familiar, and profoundly alien. Pictured: Shadowy silhouettes of seven West Berliners waving to their relatives on the other side of the Wall.
Paul Schutzer/LIFE.com