Giada De Laurentiis covers the February issue of Redbook, and in the interview she opens up about her marriage, motherhood and rumors that she hooked up with John Mayer.

On cheating rumors:
"The John Mayer incident was completely unexpected. I was shocked. And not so much for me, but for my husband and family. . . Todd was embarassed that his family in Michigan would see it and think, What is going on over there in Hollywood?... What made it all even more surprising is that I haven't had any contact with John Mayer in three years. You know how you'll briefly get introduced to somebody? Maybe we chatted for five minutes, but I wouldn't consider that intimate.... I think the only things that could have possibly have tied us together is that we were at the same hotel that weekend in question--which, by the way, my husband was with me there as well.

On balancing career, marriage and motherhood:
"I think it can be hard for any man to sometimes be upstaged by his wife. So when I'm home, I work very hard to be Todd's wife and Jade's mother. I have no problem going back to those traditional roles. I try to be Giada, the young girl that he met 20 years ago and fell in love with. All men want to be treated like kings in a relationship, and I think if women don't indulge that sometimes, their men are likely to stray and look for someone who can give that to them."

On cooking:
"There's nothing like a home-cooked meal--nothing! When people ask me what the best restaurant in L.A. is, I say, "Uh, my house." It's more intimate. Food can connect people in a forever sort of way. . . I went into this field to cook for people and see their smiles on their faces when they eat the food I prepared." 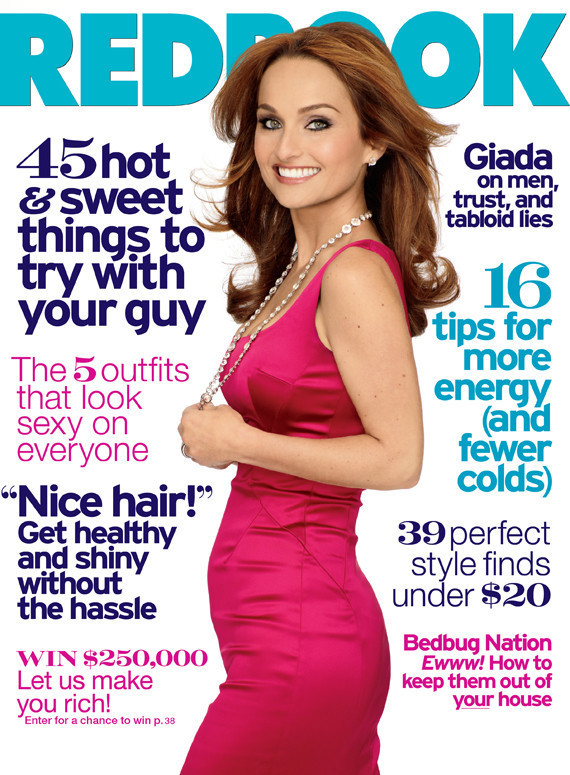