Note: Do not read on if you have not yet seen Episode 4 of Girls Season 3, titled "Dead Inside."

What is the appropriate reaction to death? Is it tears? Spending weeks in mourning? Whatever it is, Hannah and her friends really don't have it down.

In "Dead Inside," Hannah's editor David, a quirky Ed Norton lookalike who disrupted her birthday party, is found facedown in the Hudson. While her friends try to offer comfort, Hannah spends the entire episode convincing them that she's fine. She's not even numb. She just doesn't really care.

In light of David's death, the other girls get to talking about death, too. And as it turns out, death isn't something they really care about either.

With 10 being the most self-involved and 1 being the least, see how each of the girls scored in Season 3, Episode 4 of Girls titled "Dead Inside." 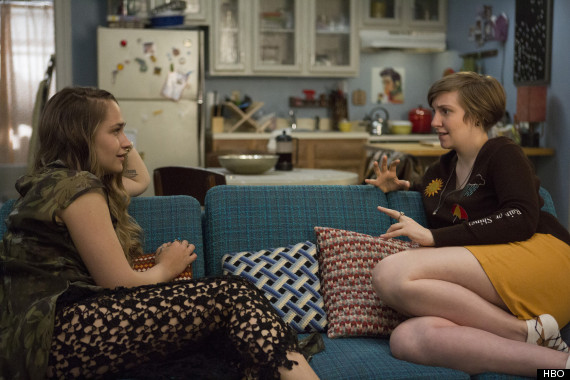 I have to admit it: When David dies, it's actually the tiniest bit funny. Everyone's running around like chickens with their heads cut off, and finally a receptionist tells Hannah that David -- David, who was just downloading a gay phone app at her birthday party last week! -- has died.

A little stunned, Hannah goes running to Jessa, who explains to her without emotion that death is just something that happens. Like jury duty or floods.

With that sentiment in mind, Hannah takes it to the next level, complaining to Adam that no one has given her any information about the fate of her eBook. Adam is completely baffled -- this was someone she knew, someone who came to her birthday party!

"He wasn't invited to my birthday party," Hannah corrects him.

She soon learns the details of David's death via Gawker, which Adam is similarly disgusted by, leaving Hannah defensive as ever.

"Its sister site Jezebel is a place feminists can go to support one another, which we need in this modern world full of slut-shaming," (regret that one, Lena?) she tells him angrily.

As the episode continues, Hannah tells everyone she crosses paths with, from Laird to Ray, that a close friend of hers has died, but that she doesn't really care. Really, don't pity her -- she's not even a little bit sad.

She ends up going on a graveyard adventure that involves galloping and cartwheels with -- who else? -- Laird and Caroline. Caroline tells her a long, touching and very untrue story about a cousin she and Adam had who died of muscular dystrophy. Laird cries hysterically, even after Caroline tells them both that she made it up, but Hannah would rather talk about the details of muscular dystrophy than death itself.

In order to convince Adam that she does indeed have a soul, she decides to tell him the exact same story Caroline told her, with a pretty believable amount of compassion.

Is there a little sociopath living inside Hannah? Perhaps. Or she could, in fact, be numb. Or maybe she's just really, really self-involved. 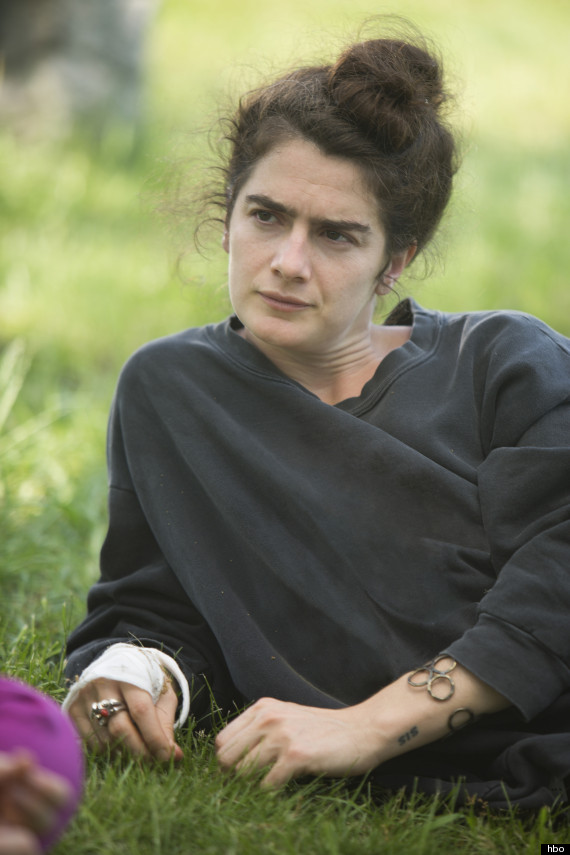 I'm starting to feel a little bad for Marnie, and it's not just because Charlie broke up with her. It sort of seems like her friends don't want much to do with her. She wasn't invited on that retrieve-Jessa-from-rehab adventure, and Hannah definitely didn't seek her "support" when David died.

She's keeping herself busy, though. She's downing coconut water, doing pull-ups and listening to self-help tapes. It seems to be doing her a lot of good, until she catches Ray and his boss laughing over her now-famous Edie Brickell cover.

"This place f**king sucks. No one wants to work here," she tells Ray. "I am so done. Do you know what kind of work I'm qualified to do out in the world?"

That may be true. But it's not a great attitude, and trying to make rent when you're unemployed is not a great thing.

It's no secret that Jessa has a murky past, but it appears to have been so wild and rebellious that one of her friends pretended to be dead to get away from her.

While chatting with Shoshanna about friends who died, Jessa brings up Season, her favorite friend who she used to just tickle all the time. One day, though, Season choked on her own vomit and died.

After not listening to one word Shoshanna had to say about her friend who died, she calls Season's mother -- passing up Shosh's suggestion to visit her Facebook "in memoriam" page -- only to find out that she never actually died.

Worse, Season had sent a fake funeral invitation to Jessa. Without Jessa in her life, Season has managed to have a happy, successful life. Instead of congratulating Season on getting out of the black hole she dragged her into, Jessa is furious.

"Looks like you've got it all figured out with your brownstone and your baby and your cool-looking husband," she says, adding that Season shouldn't bother to call her when her life falls apart.

Unsurprisingly, Season tells her that she will definitely not be calling. 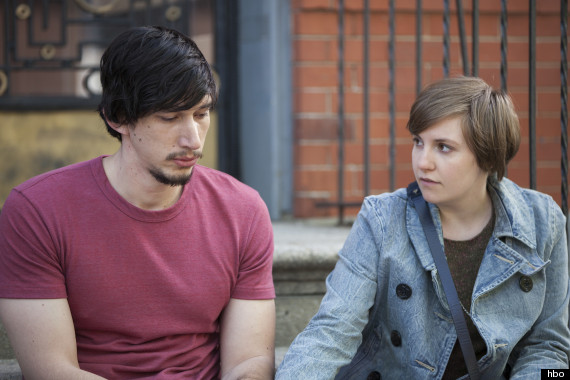 Shoshanna may have only made a brief appearance this episode, but she's not one to be left out. Shosh, too, had a friend who died. Her name was Kelly, and she died in a car accident in high school.

Is Shoshanna still grieving? Well she's a girl of "Girls," so she's not particulary upset. The thing is, she took over Kelly's place in the friend group, and Shosh believes they were truly meant to be a five-some. It was kind of a "good riddance" thing.

She was sad, though. And she does miss her sometimes. In fact, when she died, she wrote a book of poems about her! So that's ... something.