One young Michigan boy's simple hobby has turned into a charity effort, fueled by his giving heart.

Glenn Dixon, 7, cleans and paints faces on rocks that he collects, and then sells them for a dollar apiece to raise money for domestic violence victims, according to Advisor & Source Newspapers.

Glenn, who has raised about $400 so far, donates the money to Turning Point, a domestic violence program for women and children. He told WXYZ.com that he wants to help victims in the program so that they do "not get beat up."

"I told him years ago that you don't hit girls," his proud father, Cecil "Glenn" Dixon, told Advisor & Source Newspapers. "Even when he was in karate, he was supposed to compete against a girl, and all he did was stand there and defend himself."

Pastor Bill Davis of Glenn's church, First Presbyterian, said the young boy's gesture is especially meaningful in light of his family's financial struggles. Glenn's father is on disability and his mother is a sales representative at Lowe's, according to Advisor & Source.

Glenn initially started his hobby of collecting rocks as a way to bond with his father. Glenn's dad was born with polio and has difficulty walking, making it hard for him to play physically-demanding games with his son, according to WXYZ.com.

Glenn said he originally hoped to raise money to buy a stone-polishing machine but the young boy from Mount Clemens soon changed his mind, deciding that he wanted to help other kids instead.

PHOTO GALLERY
Greatest People Of The Day
Download
Calling all HuffPost superfans!
Sign up for membership to become a founding member and help shape HuffPost's next chapter
Join HuffPost 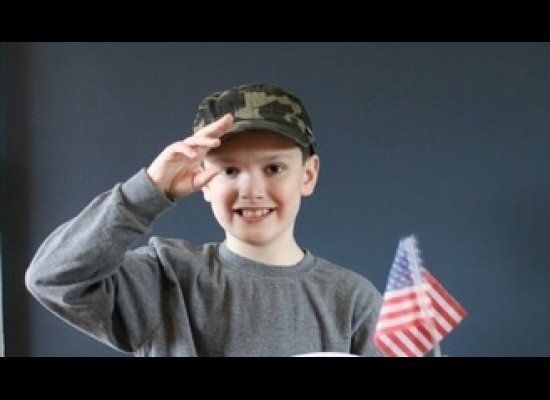